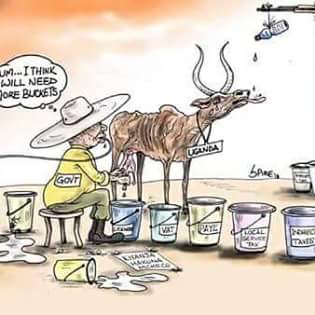 WHY THE GRAND PLUNDER OF CENTRAL BANK WAS LONG OVERDUE

CHANGE OF GUARDS – Museveni’s mafia regime is embroiled in another grand financial scandal involving the printing and theft of billions of shillings in excess of what was ordered from a Germany firm. The scheme involves the usual highly connected regime cohorts in connivance with their counterparts in Bank of Uganda (central bank), the Civil Aviation Authority, the Uganda Revenue Authority and the Airport Security. They successfully executed their plot by conspiring to print, load the excess cash on a chattered plan, cleared it upon landing in Uganda before the said money disappeared in thin air.

The so called investigations that are ongoing will as usual not yield anything because of the big shots involved in the conspiracy. For starters, we Here below take the opportunity to draw your attention to our prediction of the same four years ago.

AFTER IVORY, NEXT IS GOLD RESERVE FROM BOU
In November 2014 the Minister of Tourism sent on leave Dr. Andrew Sseguya – the Executive Director(ED) of Uganda Wildlife Authority (UWA) to pave way for investigations into theft of over a ton of ivory from UWA’s strong rooms. Also suspended were other five junior employees of UWA. It was also reported that Museveni had tasked the Inspector General of Government (IGG) to investigate the matter. In the letter, the Minister of Tourism also asked the army to recall the two army senior officers who had been in charge of UWA’s security and law enforcement unit who were suspects.

This site gave an analysis of the saga in a piece titled: TON OF IVORY STOLEN IN UGANDA – FRUITS OF MILITARISATION!!!! dated 19/11/2014.


Dr. Andrew Seguya maintained his innocence saying that he was simply taking his leave to wait for the outcome of the investigations since he had been the one who initiated the audit that unearthed the missing ivory. From the start, the IGG was not comfortable with Dr. Seguya’s suspension when she stated that she had not been so familiar with Dr. Seguya’s exit and that she was yet to study the process through which Dr. Seguya was ordered out of office. The army defied the Minister’s order to recall the two Senior army officers.

DR. SEGUYA REINSTATED
On 14th January 2015, the IGG wrote to the Minister of Tourism claiming that Dr. Seguya had been sent on leave without following the Human Resource Manuals of both the Ministry and the wildlife agency. She further argued that she she could not thoroughly carry out the investigations without Dr. Seguya being in office. The Minister of Tourism accordingly reinstated Dr. Seguya as the Executive Director. Given the vested interest Museveni has in UWA, he must have been the one who approved Dr. Seguya’s reinstatement.

MORE IVORY STOLEN
Just a week after Dr. Seguya had resumed office, 791kgs of ivory and 2029kgs of Pangolin scales were intercepted at Entebbe Airport. The consignment that had been declared as communication equipment belonging to MTN destined for Denmark for repairs. Out of the 136 pieces (791kgs) of ivory, three pieces bore the UWA markings implying that they had originated from the UWA stocks. Initially, an ENHAS cargo handler and the clearing agent were arrested by the Police. Shortly after the driver of the truck that transported the contraband wildlife trophies led the Police to warehouse in Kampala where the packaging had taken place. From that warehouse, a weighing scale and tools for cutting the ivory pieces into shape were recovered.

SOPHISTICATED SYNDICATE
Behind the ivory saga is a sophisticated, well connected and dangerous gang of criminal syndicate that is determined to halt any efforts to get to the bottom of the matter. The syndicate is composed of the so called UWA law enforcement (composed of army officers), the Police, the notorious Kireka based SIU. In May 2014 Custom authorities at Entebbe airport impounded 35 Rhino horns and 22 pieces of Elephant tusks. UWA law enforcement (Army and Rangers) connived with the Airport Police to steal two pieces of Rhino horns. They crafted fake rhino horns to put in place for the genuine ones. After selling them they disagreed on how to share the proceeds. Their colleague who had helped with the crafting of the fake rhino horns opted to spill the beans.
The thief turned whistle blower revealed how he had helped craft the two fake rhino horns and how he had procured duplicate keys for the UWA ivory strong room. He went ahead to reveal that in a syndicate composed of both the army officers and UWA Rangers, they had accessed the strong room past midnight and loaded ivory. That is was the top army officer who communicated to the guard on duty to allow the entry, removal and loading of ivory into a waiting NOAH van. Following these shocking revelations, a twenty page report was compiled and handed over to the ED on 22nd September 2014. The ED ordered for an audit of the stores that revealed a deficit of 1355kgs of ivory that was around November 2014 reported to have been stolen. It is on the basis of this audit report that Dr. Seguya maintains his innocence.

RANGER IS KILLED OVER EVIDENCE
At the start of February 2014, a junior staff member of UWA Lance Corporal Evaristo Seete was shot dead by SIU personnel from his home in Kyebando, Kampala. The murder was to break the chain of evidence since the deceased had been one of the guards to the strong room. Police claimed that they had gone to arrest the deceased who had been one of the five they had been hunting for to help with investigations into ivory theft. The Police further confirmed that they had so far arrested seven other suspects who had revealed that the ivory had stollen with the connivance of both UWA and the army personnel. Had the deceased been on the run? If so, why hide at his residence? If he committed sucide, how did the gun end up at his private residence?

ENVORNMENTAL JOURNALIST THREATENED
New Vision’s celebrated CNN Award winning environmental Journalist Gerald Tenywa has for over a decade covered conservation related issues and in particular wildlife in Uganda. Since the ivory saga, he has consistently kept the public posted with developments surrounding the ivory saga. Following the murder of the witness Ranger, Geral Tenywa was next on the hit list. He faced direct and indirect threats from strangers and had to report to the Police. Indeed if the syndicate can succeed to either silence or compromise Gerald Tenywa, that will be the end of the Ivory saga in public domain.
WHY THE COVER-UP!!!


There is no doubt the regime is providing a cover up in the whole ivory saga. No one has been arrested and produced in court in-spite of the available evidence and the 48 hours constitutional requirement. Museveni’s choice of the IGG to handle the investigations was driven by her incapacity to handle the highly placed senior Army Officer involved in the theft of ivory. Col. Charles Tusiime is one of the original 27 who attacked Kabamba in 1981 to launch the bush war that brought Museveni to power. Implicating Col Tusiime has the negative effect of demonstrating how the army officers seconded to civilian institutions are a disaster.

To get a compromise for Col Tusiime being left off the hook, Dr. Seguya had to be reinstated. Conservation attracts huge chunks of donor funding, and Museveni wanted to be seen to be taking action lest he risked the much needed donor cash. It can be said that that there is no investigations going on over the ivory theft and with murders now taking the center stage, the beneficiaries can enjoy their multi-billion loot. With the sophistication of such organised criminal syndicates that are enjoying state protection, the gold reserves in the central Bank of Uganda (BOU) are not safe.


CRY THE BELOVED COUNTRY!!!!!!!!!
INFORMATION IS POWER
——————————————
Therefore, the current scandal does not come as a surprise to many. It was long overdue as the regime mafias are getting more determined to loot the country clean. 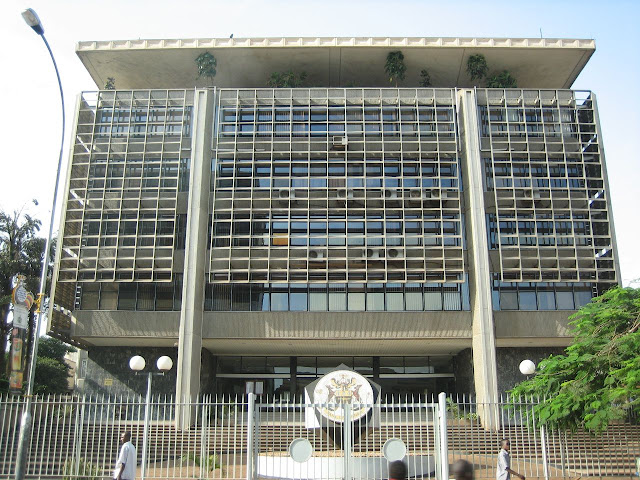 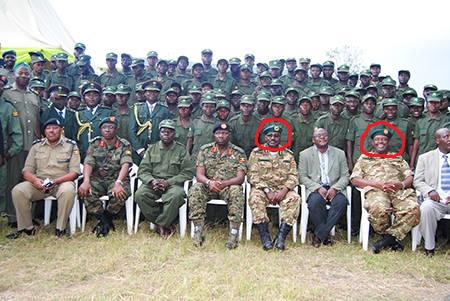 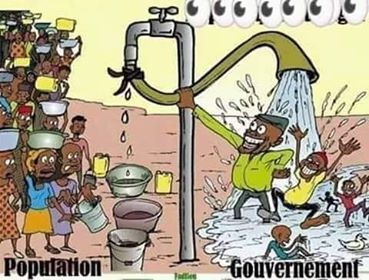 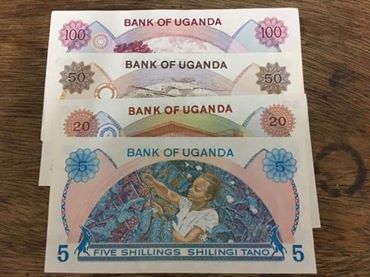 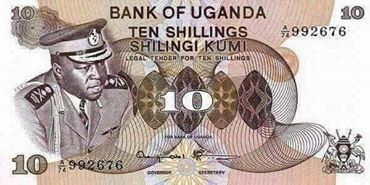