UGANDA: Why Gen. Tumwine is right on ‘useless’ parliament 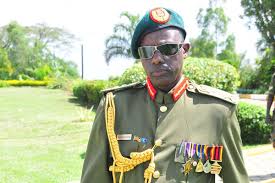 WHY GEN. TUMWINE IS RIGHT ON THE ‘USELESS’ PARLIAMENT


“Who is the Speaker, who is she. What is Parliament? The Speaker rules over Parliament, she does not rule over Uganda. This country was liberated by the military and not Parliament. Do not tell me about your Speaker and about your Parliament. The Army cannot be directed by civilians.”
Gen. Tumwine telling Hon. Atkins Katushabe last month.

The above remarks have been a subject of a parliamentary Rules Committee inquiring into the alleged belittling of Parliament and the Speaker by Gen. Tumwine. In confirmation of the same assertion, Gen. Tumwine told the same committee that those who are uncomfortable with the fact that they (Museveni and group) fought to liberate the country “should go and hang.”

The constitution mandates parliament to carry out an oversight role. However, in his manoeuvres to consolidate his military dictatorship, Museveni has successfully turned Parliament into a mere rubber stamp. With about 400 Members of Parliament subscribing to his ruling military junta (NRM), Museveni has the necessary numbers. In some instances he uses bribery, intimidation and blackmail.

The credibility and calibre of these majority M.Ps who won the seats on account of bribery, violence and outright rigging, is questionable. That is why a number of them lose their seats after elections due to election petitions arising out of grave election irregularities. Museveni had made no secret in asserting that he doesn’t mind even if such M.Ps nust sleep in Parliament so long as they are able to vote in favour of his motions.

In instances where the insignificant minority opposition M.Ps attempt to put up a spirited fight, Museveni has sent soldiers on the floor of Parliament to beat up, violently arrest and detain such M.Ps. In a very few instances where even some of his own M.Ps attempted to resist his manoeuvres, he has often used blackmail and outright bribery to have his way out.

Being the longest serving M.P (33 years), Gen. Tumwine is more versed with the three decades of evolution of the institution of Parliament under the Museveni military dictatorship than anybody else. Coupled by his being Museveni’s topmost confidant who also doubles as his Minister of Security, there is no basis for anyone to doubt Gen. Tumwine’s assertion. As the adage goes, “facts are bitter”.

« UGANDA: Why Africans steam from accident victims (Previous News)
(Next News) UGANDA: Why Gen. Tumwine is right on ‘useless’ parliament »