UGANDA: Why Gen. Kalekyezi’s life may be in danger 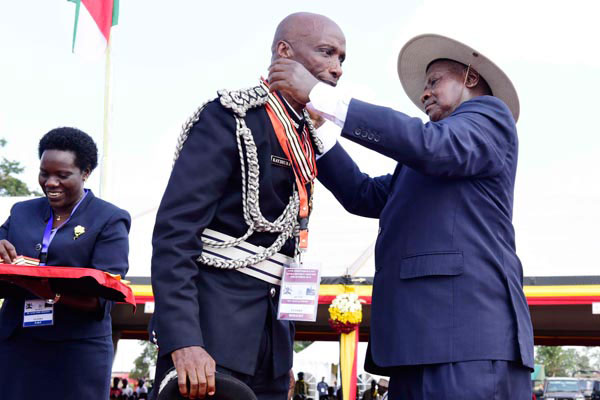 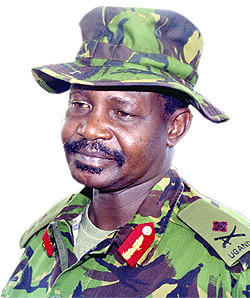 WHY GEN. KALEKYEZI’S LIFE MAY BE IN DANGER

“I want to reiterate here before America’s greatest heroes that I will not condone any dictatorial tendencies exhibited by dictators around the world especially the two old men from Zimbabwe and Uganda.  Mugabe and Museveni must be put on notice that their days are numbered and that I am going to arrest them and lock them in prison. If the past American administrations have failed to stop these two despots, I will personally do it,”
Trump told American war veterans –  November 2016.

A few days ago, the USA State Department imposed sanctions on Museveni’s top confidant and former police chief, Gen. Kalekyezi on account of gross abuse of Human Rights Abuses, corruption and dealing in prohibited drugs and wildlife products.  In response, Gen. Kalekyezi has pleaded innocence but has also expressed interest in being accorded an opportunity to present his defense.  Consequently, Museveni reacted by downplaying the said sanctions and assuring his security goons that he would never subject them to international criminal jurisdictions.  He went ahead to claim that since Gen. Kalekyezi was already a subject of criminal proceedings under the military court, the USA sanctions were uncalled for.

It should be noted that the so-called criminal proceedings under the Court Martial are just a sham that was as usual designed to shield Gen. Kalekyezi.  Moreover, the charges before the Court Martial are totally different from those that formed the basis of the U.S sanctions.  Museveni cannot afford to bring extra charges pertaining to human rights abuses against Gen. Kalekyezi.  If pressed hard, Gen. Kalekyezi will obviously fight back by dragging in the appointing authority.  By doing so, Museveni would be implicating himself because Gen. Kalekyezi will ably put up the defense of ‘superior order’.  He would raise the valid argument of having acted on the directives of his his Commander-In-Chief, Gen. Museveni.  Such a defence would hold because the evidence is overwhelming.

“………“For us we are small people; agents. I work on order; the commander-in-chief’s order. When you are going to war, the commander-in-chief (President) gives you instruments of war. He gave me an order…. Do I have a choice? If I don’t do this, he dismisses me, and, of course, I like my job.”
Gen. Kalekyezi in Ntungamo – July 2015

The situation is similar to what happened to Museveni’s former Army Chief, Gen. Kazini.  Museveni’s forces were accused of killings and plunder of natural resources in the eastern DRC.  The International Court of Justice (ICJ) slammed a U.S $10b reparation on Uganda.   As the overall Commander of Museveni’s expeditionary forces in eastern DRC,  Gen. Kazini was dropped as Army Chief before being subjected to sham charges before the Court Martial.  In the process, Gen. Kazini was murdered by a ‘girl friend’ thus bringing the matter to an end.

Well, unlike Gen. Kazini, Gen. Kalekyezi’s girlfriend may not harm him but one of his ‘he goats’ at his countryside farm in Kashagama may hit him into a comma.  For now, LRA’s Dominic Ongwen seems to be better secured than Gen. Kalekyezi.

Did you find apk for android? You can find new Free Android Games and apps.
Sharing is caring:
kayihura, museveni, politics, sanctions, kazini, UGANDA Uganda, Museveni, Kayihura, Sanctions, Kazini, Politics Comments Off on UGANDA: Why Gen. Kalekyezi’s life may be in danger Print this News