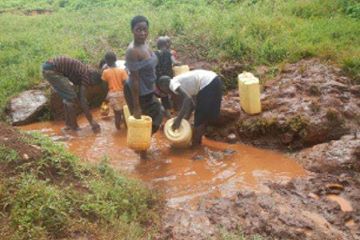 WHY EBOLA SHOULD ATTACK CATTLE IN UGANDA

CHANGE OF GUARDS – In early June 2019 an outbreak of the deadly Ebola was confirmed in Western Uganda. The Minister of health confirmed that Uganda has eight suspected cases of Ebola. She said that three cases had been confirmed, with one death, while the other seven were under surveillance. She further said that the dead and the other two confirmed cases were members of the family which had travelled to DR Congo a few days earlier. The Director for General Health Services confirmed that the two new Ebola virus cases in Kasese which include a 50 year old grandmother and a three year old brother to the deceased.

The World Health Organization emergency committee convened to decide whether to declare a raging Ebola epidemic an international threat, after an outbreak that began in Democratic Republic of Congo crossed into Uganda.

During the second week of June, a second person infected with the Ebola virus died after a family exposed to the disease quietly crossed the border from Congo.

Around the sane time, the U.S embassy in Uganda said that it had strong confidence in the capacity of the Ugandan government in fighting Ebola which had so far killed two people in Kasese district. The World Health Organization (WHO) together with the Irish government donated two vehicles to the government of Uganda to aid the coordination and support activities in fighting Ebola. The vehicles were handed over on Friday by the WHO Representative for Uganda, Yonas Tegegn Woldemariam and a representative from the Irish embassy.

While still in Uganda, the WHO Director met Museveni over the Ebola Situation. Museveni assured his visitor that the Government of Uganda was “containing Ebola just like it had been able to control terrorism over the years.” The Ministry of Health confirmed that 18 people were under surveillance after getting in contact with a confirmed Ebola victim in Kasese district. This brought to 96 the number of people being monitored following their exposure.

Earlier the Health minister had announced that 78 contacts had been under surveillance in his status report on Ebola.

As the Ebola scourge was raging, a cabinet meeting was convened on June 17 but unfortunately Ebola was not on the agenda. Instead, agenda No. 3 was about ticks that were affecting cattle;

Earlier during his state of the Nation Address, he had made no mention of the Ebola threat but instead highlighted the threat of ticks on cattle;

“Vaccine and acaricide trials in various disease control zones of the country have been conducted. As a response to the tick resistance to acaricides, Government continues to carry out trials of three molecules including Vectoclor, Bantick, Eprinometim to deal with the resistant ticks in the country.

The acaricide zoning strategy and implementation plan to manage movement of acaricides across zones after cleansing was rolled out in the 27 affected Districts. The anti-tick vaccine and other measures are in progress.

The Museveni regime is reknown for exploiting such natural calamities and taking advantage of the suffering of victims to mobilize resources which they insensitively swindle away. From the multibillion fund meant for Valley Dams Karamoja to the funds meant for the rehabilitation and reconstruction of the war torn northern Uganda under NURP.

The 2002 Global Fund grant worth US $ 1b to fight Aids, Tuberculosis and Malaria was swindled with impunity by top regime cadres. This prompted the donors to suspend the grant in 2005 at the cost of thousands of helpless victims.

Although grants were restored after the regime’s cosmetic reforms, each subsequent review raised worrying queries.

In one such an audit by the Global Fund to Fight Aids, Tuberculosis and Malaria, published in May 2013, said millions of dollars remained unspent even though drug shortages were common in health centres. This was because the regime had turned its anger (for being curtailed from stealing the funds) on the suffering victims. Obviously for a country often pleading limited resources for providing decent healthcare, the findings suggest that a big part of the problem was paucity of smart governance.

In May 2013 the Global Alliance for Vaccines (GAVI) issued a fresh warning to Uganda, asking the Government to ensure that the $20m (about sh51b) the organisation had disbursed for immunisation campaigns the previous month was put to proper use. Dr. Maryse Dugue, the head of Anglophone Africa country programmes at the GAVI secretariat in Switzerland, said they would keep a keen eye on the expenditures and would not hesitate to freeze the funding again if any money is stolen.

Following the above close monitoring of humanitarian aid by donors in the health sector, the regime schemed to scavenge on donor aid meant for the refugees. In 2018, the United Nations found that millions of dollars of aid money had been stolen in Uganda and other forms of institutionalized grave misconduct in refugees management The regime was caught pants down and as usual it has without shame covered up its hand in the saga. As usual the regime has not been able to make any of its cadres to account for the theft. Consequently, recently Germany partially stopped its funding in a bid to force Uganda to speed up investigations. The German government decided to withhold 400 billion Uganda shillings (€100 million, $106 million) of funds it had pledged for refugee resettlement annually. Germany followed the United Kingdom in suspending funding.

The regime’s insensitivity towards the wellbeing of its citizens is well documented in a recent undercover investigative journalism documentary titled;

“Stealing from the Sick”.

that was aired on both BBC Television and the local NBS Television. The shocking revelations highlight how drugs meant for government hospitals is stolen and sold off with impunity. This is in spite of Museveni having put in place the usual diversionary Health Monitoring Unit under his State House.

Imagine in September 2018, a group of UPDF officers attached to Queen Elizabeth National Park grabbed game meat from lions, after a successful hunt by the cats…UPDF soldiers chased the lions off their prey and carried the carcass back to their barracks.

“Today I have witnessed something very sad in Ishasha, whoever is around Ishasha find out you will confirm that UPDF soldiers have chased the Lions off their prey and took the whole of it to their barracks for food. These two male lions fought and killed their Buffalo and these hungry guys just came and took it.”

Four months ago, in February 2019 when the same team of NBS Television journalists together with a BBC Journalist attempted to carry out their undercover investigations into theft of government drugs, the regime had them locked up. NBS Television’s Solomon Sserenja even had his wife detained by the police in the same connection. The regime didn’t want its rot to be exposed. In December 2015, three nurses of Abim hospital who appeared on television explaining the despicable state of the health facility in Karamoja were suspended. The nurses had received and guided Forum for Democratic Change presidential candidate Kizza Besigye’s tour of Abim Hospital.

Therefore, there is no doubt that the Museveni regime’s insensitivity in the health well-being of its citizens will not be deterred by the Ebola outbreak. Instead, the regime views it as an opportunity to mobilize funds from donors that they will steal with impunity. However, since the regime cares for the well-being of cattle more than it does with humans, then proper management will only be ensured if Ebola spreads to cattle also. 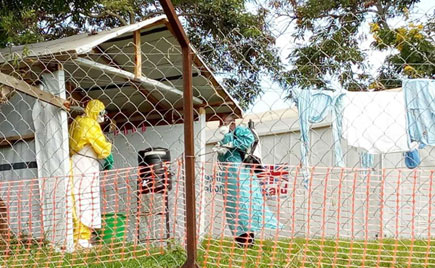 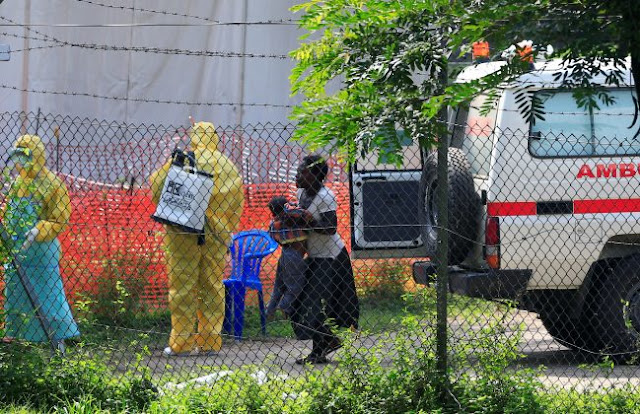 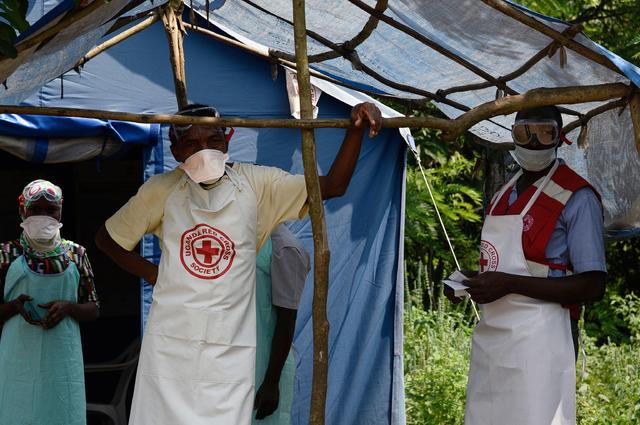 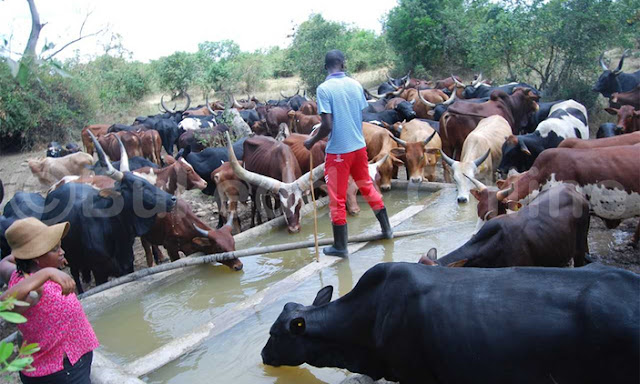 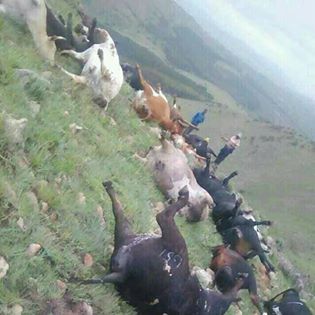 « UGANDA: Why Ebola should attack cattle (PHOTOS) (Previous News)
(Next News) Wikipedia article of the day for June 24, 2019 Shergar »