UGANDA: Why do you think deleting your social media exonerates you? 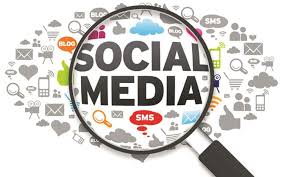 PRACTICALLY, everything you write on social media will haunt you for life. Even the phone calls. As well as the WhatsApp and Inbox.

If you cannot stand for it to being printed on the front page of a global major news paper, do not email it.  Do not post it.  Do not inbox it.  Do not say it.
All these things will haunt you in the future. I pride myself on 6yrs of being on social media and being consistent all these years about every message I communicate to the world and Uganda.  Some of you live for only today.  But what you say now will haunt you down the road.  Social Media ruins chances.  Be careful with the way you use it.  Many people from EAC (East African Community) do not seem to grasp the power of the Internet and social media.  The price will be high.  I can find out anything about you just by clikcing a keyboard on my phone or computer.  MLN
===

Mandatory Data Retention around the World

The process of retaining user’s data for a given time period is known as data retention. Data retention is usually done due to the legislation formed by a state or government.

Now every country is introducing and adopting data retention laws in different forms and format. These laws are creating chaos and mess in different countries.

Under these laws, the country’s internet service providers and telecom companies are compelled to gather and retain the user’s data regarding their online activities.

The data retention laws are formulated to provide records and information about the user’s data to the investigators and law enforcement agencies. On one hand, these laws give surveillance opportunities to the government while at the same time these laws breach the basic human rights.

The countries in which the data retention directives are enforced with some strict online privacy instruction and guidelines have overruled vital requirements for getting personal information.

The laws which force individuals’ privacy usually orders the organizations not to store the user’s data like user’s billing data and information for a prolonged period and should delete the data after a specified time period.
What is Mandatory Data Retention?

The mandatory data retention regimes are usually paired off with provisions which permit investigators to get hold of the user’s records. These regimes boost the government’s skill to keep an eye on its citizens by harming and spoiling their privacy, free expression, and obscurity.

The service providers operating in a country provide their user’s with a particular IP address by means of which they easily identify the user. The internet service provider after a certain time period changes the IP of the user.

The mandatory data retention directives affect millions of users who have to compromise on their online privacy, which is important for investigators, journalists, and those participating in political speech.

The national data retention directives are offensive, inflated, and a great threat to the right to privacy and freedom of expression. These directives force the service providers to make large databases of data about who communicates with whom through the internet or phone.

It also includes the time duration of calls and the location of the user.

These regimes need that your IP address to be obtained and stored every time you appear online. As the databases become open to larceny and accidental revelation so, it increases the privacy risk.

The Internet service providers and the telecom companies must take in the cost of retaining and maintaining the large databases and frequently permits these expenses on to the users.
Criticism on Mandatory Data Retention Laws:

The data retention laws are criticized all over the world. These laws are considered a serious violation of the basic rights and freedom of individuals.

These directives carry out invasive investigation and observation of every citizen and are unbearable in countries where freedom is valued. These Constitutional Court in Romania, Germany, and the Czech Republic have declared these directives as unconstitutional which were based on the European Data Retention Directives of 2006.

Whereas, a court in Ireland has discussed a data retention case to the European Court of Justice (ECJ) and have asked about the authenticity and legitimacy of the entire EU data retention directives.