UGANDA: Why 2nd Indian expulsion will be more terrifying than the first 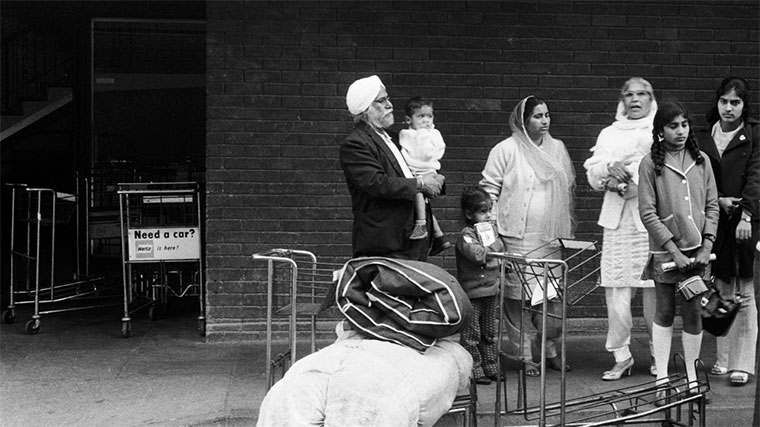 By Yusuf Serunkuma, THE OBSERVER

Extending Friedrich Hegel’s claim that historic events are bound to happen twice, Karl Marx, writing in The Eighteenth Brumaire of Louis Bonaparte, noted that Hegel forgot to add, that “first as tragedy, then as farce.”

Simply stated, tragedies are a source of grim humour on their second happening. Re-introducing Eighteenth Brumaire in the 1960s, theorist Herbert Marcuse added: sometimes, the repetition in the guise of a farce can be more terrifying that the original tragedy.” If the first time were a tragic mistake, the second is a normalisation of this mistake – the shock is less, almost comical, but the terror is multiplied.

If the 2007 Mabira protests were to teach us anything, it is that the Indian expulsion is bound to happen twice. The reason for this will not be native-Ugandan xenophobia or political idiocy but, rather, the enormity of the ingredients for a repeat of 1972 which abound everywhere.

If the Asians/Indians [among many other reasons], had been expelled for a continuity of colonial exploitation even after uhuru, that is, “milking the cow [Uganda] without feeding it,” they have returned and stolen the cow.

Evidence abounds: The then government daily, Voice of Uganda, of 29 January 1976 led with a story of compensations for all Indian properties that had been taken over by Bank of Uganda in the 1972 economic war. A picture of a beaming President Amin shaking hands with the Indian minister of External Affairs, Mr Binipipal Das, has not faded on the front page story that appeared that day.

The story reads that Amin had just passed to the Indian minister, cheque No.19 for a total amount of US$ 1,627,144. The obligation to pay the beneficiaries of the cheque had been negotiated and passed on to the government of India.

This was money for 4,063 properties. More evidence abounds that “owners of an additional 122 properties were compensated with payment of Shs 1,812,985,344.” Records continue that 67 British nationals were also compensated for their buildings and merchandise. Another category of stateless Asians, through UN refugee agencies, were also compensated to a tune of Shs 40.5 million.

Luckily, the documents for these transactions are believed to be still intact in the archives of Bank of Uganda in Kampala and Jinja. As they remain least discussed – almost unknown – in the public domain, our Indian compatriots continue to make claims about how they want to repossess “their” properties. This is theft.

Interestingly, this theft has had many accomplices. Coinciding with structural adjustment, World Bank and the UK government demanded that properties of expelled Indians be returned as a condition for a meagre US$200m loan to the Ugandan government.

From being pressured by the World Bank and UK, the former rebels – poor and hungry for friendship – agreed to this neo-imperialist pillage as they also saw opportunity to enrich themselves. It was manna from heaven.

[Sometime in 2007 and 2008, double payment of Indians was a scandal under then Finance minister Ezra Suruma as accounts in Stanbic bank were paying no Indians but benefiting regime white-collar thieves]. Can you imagine, there were attempts to incinerate evidence of payment? An employee of the Bank of Uganda legal department in the 1990s confirmed to me that President Museveni had agreed with World Bank and UK to destroy the records.

A delegation had to be sent to the president to persuade him that these documents not only belonged to Ugandans for eternity, but that he too, under a different set of circumstances, might need them. [Let’s hope they are still surviving].

It is not the Temangalo land alone, but more properties have been fraudulently reclaimed. Prominent Indian/Asians with hundreds and thousands of acres of land and other property such as Rajni Tailor, Mohammad Alibhai, Sudhir Ruparelia, Kassam Mumtaz, Mahmood Mamdani will have to explain to natives their stories of repossession. A foul stench of blood and fraud clouds their wealth. How did the Agha Khan repossess properties that King Faizal had bought from him directly and handed over to Muslims?

Indeed as novelist Anne Michaels has written in her 1992 classic, Fugitive Pieces, “history is a poisoned well sipping into the ground water…every recorded event is brick of potential, of precedent thrown into the future. This is the duplicity of history, an idea recorded will become an idea resurrected.

The author is a PhD fellow at Makerere Institute of Social Research.