UGANDA: Who is the mafia chief? 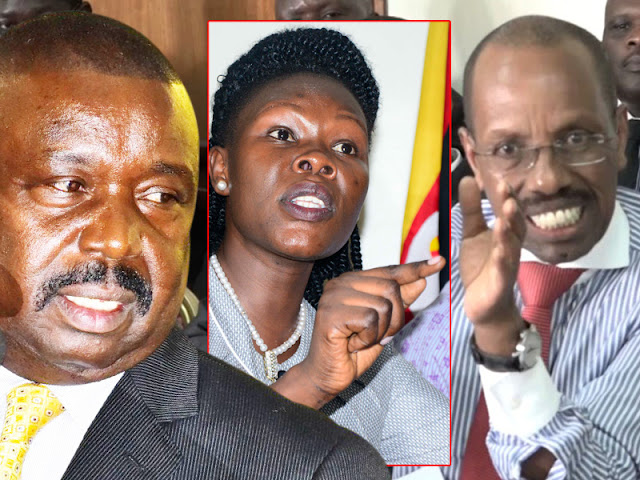 WHO IS UGANDA’S MAFIA CHIEF


CHANGE OF GUARDS – Museveni’s cabinet Minister and top regime cadre, Evelyn Anite has lamented to the world that the Mafias in Museveni’s regime are plotting to kill her over government property that she is trying to salvage from their jaws. She made the matters worse by linking the same so-called Mafias to the deaths of former Speaker of Parliament, Francis Ayume who died in a motor accident and the former Arua M.P, Hon. Col. Abiriga who was gruesomely shot dead. This shocking revelation comes at a time the country is grappling with unresolved assassination of prominent personalities and several mysterious killings of ordinary citizens.

The phenomenon of Mafiarism is not new in the Museveni military regime. It was first brought to light by the former Vice President, Prof. Gilbert Bukenya who claimed that the Mafias were after his life. He even went ahead to claim that his son, who had wrongly joined the army was killed by the same Mafias. The former Police Chief, Gen. Kalekyezi assertively disclosed that Ugandan Mafias had infiltrated the security services and economic infrastructure in Uganda. Cabinet Minister and MP, Hon. Aidah Nantaba publicly claimed that the Mafias in government were determined to take her life over their land grabbing bonanza. Former Presidential Press Secretary, Tamale Mirundi has repeatedly claimed that the Mafias in government are baying for his life. Former KCCA Executive Director, Janepher Musisi claimed that the Mafias were after her life after allegedly planting bombs under her car. Not forgetting the much talked about allegations of poisoning of public figures by the mafias over power struggles and financial deals. The late Hon. Nebanda was allegedly poisoned. The latest poisoning allegation is linked to the Speaker of Parliament, Rebecca Kadaga who was recently hospitalized.

It’s common talk among Ugandans that the mysterious killings, daring armed robberies, rampant fire outbreaks targeting schools and market places, mega corruption scandals, abuse of office with impunity, huge financial scandals involving government procurement and supply of goods and services, etc is the work of the highly connected Mafias. Ugandans across the board (regime and opposition) agree over the existence of Mafia cartels. In fact Ugandans have unanimously defined the Ugandan Mafias as below:
– They are financially powerful.
– They are politically well connected.
– They enjoy judicial immunity.
– They determine who holds which executive office.
– They influence judicial and legislative decisions.
– They derive their impunity from the claim of having “fought to liberate Uganda.”
– They control the security and law enforcement apparatus.
– They break into government and private offices to destroy evidence.
– They control the economy and don’t pay tax.
– They are behind the rampant land grabbing in the country.
– They control the media.
– They claim to be saved and associate with Born Again churches.

From the foregoing and as is always the case with all Mafia cartels, they must be having a Chief Mafia who controls, coordinates, and protects their activities. As to the identity of the Chief Mafia, your guess is as good as mine. 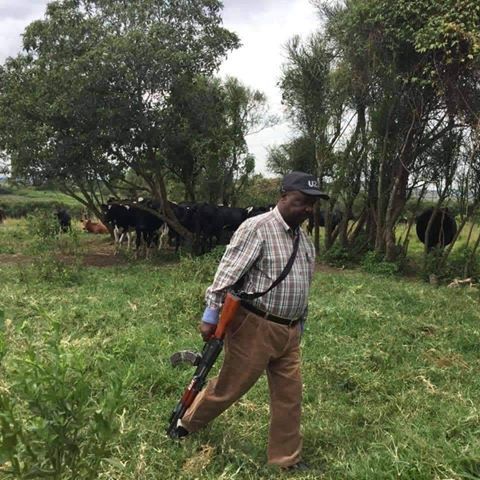 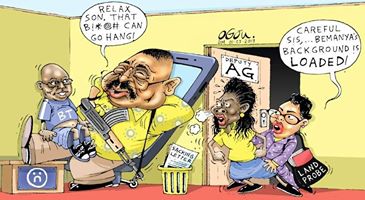 « AP-NORC poll: 62% disapprove of how Trump’s handling his job (Previous News)
(Next News) Uganda lost $920 million by the end of July in Rwanda border closure – Ministry of Trade »