Most of Uganda’s opposition is and are sadists. They are all over social media spewing their hate of each other and us and the regime and nabalala nabalala.

Never mind the hate mongering.  My question is why is Gen. Mugisha Muntu not making noise? Is he some kind of special person that rarely talks?

Why is it that media is full of the other opposition, whose names I will not mention?

Muntu is always missing in rallies when us Opposition get clobbered.  He does not go for photos or live broadcasts.  He only talks like once a year.  Is this gentleman really opposition?

We need Pressers.  We need Photo Ops.  We need live FB, Youtube, Instagram and live Twitter.  We need daily appearances in media.  Otherwise, how will you tell us how much you hate the regime and all other incompetent opposition who stand no chance “You will never be president.  You will never take down Museveni. Whoever is misleading you to think that you could be President is deceiving you”.

Why does Muntu not tell them all that they stand no chance to ever be in State House? Why will he not do daily pressers? Why does ANT not abuse and attack others on social media? Why does Mugisha Muntu retain his silence until…. untilllllllll.  Nebilala nebilala. Nange mukooye.

PERHAPS BECAUSE GEN. MUGISHA MUNTU IS ABOVE NONSENSE??? Judge him gently but read about his record even before judging him. Uganda would be lucky to have MM as president and he has not even said he is running for presidency at all. 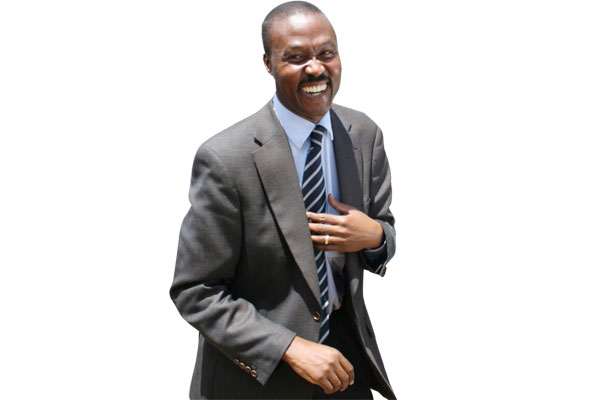 At the tender age of 23 years, Muntu left Makerere University after doing his last paper for his political science course to join Museveni’s bush war. He was driven by the urge to restore rule of law and human rights to Uganda that had broken down at the time courtesy of Yoweri Museveni who had created a situation to justify his bush war. Being a son of a prominent UPC leader (Enock Muntuoyera) who was a personal friend of the then President Obote, Muntu would have been given a better job in government but his resolute character and urge for the freedom of others took him to the bush. Initially, in the bush he was placed under close watch on suspicion that possibly the UPC government had sent him to spy on guerrillas.

In the bush Muntu belonged to the category of ‘intellectuals’ whom the senior Commanders majority of whom were non university graduates so much detested and harassed. Because of the greed mentality of these commanders at one time Muntu together with other NCOs and led by Enock Mondo at one time planned to escape from the Museveni’s NRA and form their own fighting group. In the bush he was shot in the leg and chest and was smuggled to Kampala for treatment. Upon recovery, he rejoined the bush war. During the same time the remains of his father who had died in exile during Iddi Amin’s regime were brought back and accorded a state funeral that was graced by the then President Milton Obote who used the occasion to call on the young Mugisha Muntu to abandon the bush and return home but to no avail.

In the bush Muntu rose through the ranks to become first the Director of Civil Intelligence and later Director of Military Intelligence (DMI) – a position he held even during and after capturing power. As a DMI Muntu is re-known for living a very simple life while his colleagues rushed for the spoils of war that went with victory. His Aides would face difficulty in explaining the source of expensive house items that they would get for him from the army headquarters. His official car was an old blue Land Rover that he would use to carry any junior staff member that he would find on the war to and from work.

This vehicle remained a property of DMI/CMI until recently when it was stolen by Charles Tumusiime Rutarago. In one of the interviews this is what Muntu had to say about grabs “….as the war progressed, we were sure we could take over power people started talking about what they were planning, where they wanted to live,or saying I will be this, I will live in this neighborhood. It became intense when we took overpower. After taking over our intentions were to all go into the barracks but that was heavily resisted as soon as we arrived here. People started running to live in Kololo, Nakasero and I think that is where we lost it. This started creating the sense of acquisition and that went into business of and the feeling of everyone getting in to get something for himself. It has now gone into what we see today.”

As a senior officer at the timeof taking over government, Muntu was made a Lt. Col when formal ranks were introduced. He was moved from DMI and appointed as the the army’s Chief Political Commissar (CPC) before appointing him as the Division Commander of one of the NRA Divisions. Within less than a year Muntu was elevated to the rank of Maj. Gen and assigned to take charge of of the NRA as the Army Commander. Museveni’s choice of Muntu at the time was not in good faith but was meant to promote his usual divide and rule policy.

While Muntu was capable of being the Army Commander, there were other more senior officers at the time who would have been elevated to the same position. The likes of Joram Mugume, Cheif Ali, Tinyefuza, Kyaligonza a.k.a Kumanyoko, Ivan Koreta, Okecho, Maruru, Nanyumba and a few others would have as well served in that capacity.As a result, there are some senior officers who vowed never to salute Mugisha Muntu as a sign of disapproval.

Through Mugisha Muntu, Museveni embarked and implemented his designs of purging certain army officers. It was during Muntu’s time that the practice of Katebe (rendering redundant) started. As a result, some unsuspecting senior officers petitioned Museveni through Gen. Saleh but to no avail. The cool headed Mugisha Muntu sailed though the rough storm. The army laid a foundation for professionalism, estalishment of terms and conditions of service, accounting systems, procurement of equipments etc. Its during Muntus time that the army faced seven internal rebel groups and three cross border conflicts (Rwanda, Sudan and Kenya) but by the time he left office only one (LRA) was thriving with total victory in Rwanda while diplomatic means took care of Sudan and Kenya.

Muntu’s tenure of office failed to get a partner in Museveni his Commander in Chief to fight abuse of office by senior officers who were all out to grab for personal resources that were meant to improve the welfare of ordinary soldiers. Creation of ghost soldiers and outright theft and diversion of army supplies intensified during Muntu’s tenure. In the early 90s, Muntu took the initiative to stamp it out by instituting a team headed by Serwanga Lwanga, Ivan Koreta and Fred Bogere.

The team started from the eastern region to physically identify, photograph and document every member of the NRA and auxiliary forces. From the eastern region, the team proceeded to the northern region but half way into the exercise, Museveni called it off. Even in the units that had already been covered, Museveni blocked arrests and prosecution of the suspects arguing that it is the same commanders that were fighting the insurgency that were about to be punished. Since then vice took root and has become a traditional measure of personal loyalty and allegiance to Museveni.
Unknown to Muntu at the time was the fact that thieving by army officers was Museveni’s weapon of ensuring loyalty. In aninterview this is what Muntu had to stay “….a kind of warlord mentality emerged – that you fight to take over power ; you must be recognised for it. As we moved on President Museveni’s long term plans and the warlord mentality found a meeting point. He found it difficult to deal with or punish those that participated. Eventually he became a key representative of that very mentality. He says he killed his animal…….” Muntu is one of the many people who followed Museveni to Luwero without realising that his intention was gain and hold the presidency till death.

However, the practice of Museveni purging officers whom he suspected of disloyalty flourished under Muntu’s tenure. Rendering officers redundant (Katebe) and arbitrary arrest and detention without trial took its toll. The affected officers unsuspectingly mistook Muntu to be the architect of their woes thus developing personal hatred. At one time during the funeral vigil of the late Col. Kyatuka in Old Kampala where Mugisha Muntu was among the mourners, a number of junior army officers led by Rwashande openly attacked Muntu accusing him of complicity in the death of senior officers by rendering them redundant and dying from deprivation.

They openly and publicly insulted him by calling him names like ‘Omwiru’. The incident sent shook waves within the army but no disciplinary action was taken against the said junior officers who are now very Senior officersunder the Muhoozi project. Years after he had retired from the army, during a rally in Kamuli district Muntu broke down and cried mid sentence thus “When I recall the times I was forced to arrest my friends and relatives……..” Who was forcing him and who were those friends and relatives?

After serving for nine stormy years as army commander, Muntu got the rare opportunity to see tfrom the inside and grasp Museveni’s hidden intents. When Muntu decided to quit the army Museveni offered him the position of Minister of Defence which the former rejected. Museveni ordered the army to give him fifty million shillings to boost his(Muntu) stone quarry business – the only private economic means he had acquired from his earnings in army. Muntu is the only NRA officer who never stole or illegally acquired any personal wealth by virtue of his position. He is a poor man by all standards. However, it is said that his property on 10 Kyandondo Road houses the NRM headquarters.

When Muntu the former Army Commander joined the opposition, desperate Ugandans who have lost all hope of democratic change of government saw a messiah in him. They anticipated an army man who would employ militaristic approach to the sitting military government under Gen. Museveni. At worst they anticipated Gen. Mugisha Muntu to eat into Musevei’s power base – the military and run him down. Instead, Mugisha Muntu embarked on building and strengthening the leading opposition party. Some sections of Ugandans who don’t fully understand Muntu think that he is a Museveni sympathiser. Ugandans should not be fooled that Mugisha Muntu is not fully aware that Museveni can not accept to loose power through democratic means. In the current efforts to rescue the country, Muntu’s role and method of work should be compared with DP’s Paul Ssemogerere who led his party to form the opposition during the 2nd UPC government.

Let us not underrate the role that was played by DP’s Ssemogere to check the excesses of the UPC government which role in turn afforded breathing space and survival of the NRA fighters. There were democratic institutions during the 2nd UPC government unlike the current military dictatorship under Museveni. The other difference is that Muntu has bullet wounds in his chest and leg. Does he fear to be shot again? For those who doubt Muntu’s capability, ask Museveni and you will be surprised. No amount of money, intimidation, blackmail or offer of top position can buy off Mugisha Muntu.

Did you find apk for android? You can find new Free Android Games and apps.
Sharing is caring:
politics, UGANDA, Opinion Uganda, Opinion, Politics Comments Off on UGANDA: Who is opposition really? @MugishaMuntu @HeBobiWine @KizzaBesigye1 @SejuDav Print this News