UGANDA: WHERE IS THE ILLEGAL GUN THAT KANYAMUNYU USED TO KILL AKENA? 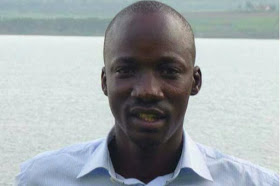 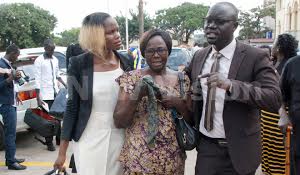 NOTE FROM EDITOR – This post might have some minor errors but we will correct them next week. God willing. MLN

It is the duty of the state to protect the lives and property of it’s citizens. That is why in order to boost the investigative capacity and speed, in October 2018 Museveni ordered the fingerprinting of all guns. There are about five categories of guns in the country:1) Those held by members of the security forces 2) Civilian licensed firearm 3) Government arms held by authorised persons other than security personnel 4) Arms belonging to private security firms and those leased to them by Uganda Police 5) Illegal firearms held by criminals.

The Integrated Ballistic Identification System was donated to Uganda in 2016 by the European Union and 112 security personnel were flown abroad, enrolled and passed out in the system usage exercise. The IBIS is an automated ballistics imaging and analysis system that populates a computerized database of digital ballistic images of bullets and casings from crime guns. It captures individual characteristics of each bullet, by analyzing the firing pin impression whenever one fires a weapon. The system assists forensic experts in making identifications for investigations and trials. Every firearm leaves unique identifying characteristics on the bullet and the cartridge during the firing process. The barrel of every firearm leaves lands, grooves, and specific marks.

On November 13, 2016 a one Mathew Kanyamunyu and his girlfriend Manwangari shot dead a one Akena. Akena’s car had scratched Kanyamunyu’s car in the parking yard and when the forner came forward offer his apology he was shot from a close range. The two assailants carried their victim to the hospital from where he made a dying declaration to his brother that he had been shot by the two. The assailants claimed that they were just Good Samaritans who had only assisted a victim of assassination by unidentified strangers who were still at large.

Akena’s died shortly after and was buried but his family and Acholi kinsmen vehemently pushed for justice. The issue turned into a matter of ethnicity between the Acholi and the Banyankole. Mathew Kanyamunyu, his girlfriend and brother Joseph Kanyamunyu were arrested and police commenced investigations. A medical surgery removed the bullet from Akena’s body. Kanyamunyu’s blood stained shirt and Akena’s shoe were recovered. The postmortem report indicated that the victim had died from excessive bleeding due to the bullet that had tore the abdominal muscles. A Balistic Expert made a finding that the bullet that was recovered from his body had been fired from a 2.22 Calibre type of firearm that includes a pistol. The same expert further made a finding of gunpowder on Kanyamunyu’s trousers, shirt and some items in his car. The Commissioner of Firearms in the Ministry of Internal Affairs disclosed that Matthew Kanyamunyu had never applied or been granted a Firearms License. The police could not recover the said gun but concluded that his elder brother Joseph Kanyamunyu had hidden it.

The three were jointly charged in court but Joseph Kanyamunyu faced a separate charge of allegedly hiding the gun. Interestingly, Mathew Kanyamunyu was not charged with illegal possesion of a firearm. In January 2017 the three axcused were committed to the High Court for trial but no trial date was fixed. In March 2017 Mathew Kanyamunyu’s two co-accused were granted bail. In October 2017 Mathew Kanyamunyu was also granted a Shillings 10m cash bail amidst protests by the victim’s family members. December 2018 the three pleaded not guilty to the charges before the High Court. However, the trial that was supposed to commence in January 2019 did not take place until February 2020.

The February 2020 marathon trial saw 12 prosecution witnesses give their testimony. They included a hawker who saw the two accused immediately after the incident, the victim’s brother who heard the dying declaration, the Balistic Expert, the Surgeon, the police Investigations Officer and others. In the same month, the trial Judge adjourned the hearing sine dire (indefinitely) at a time prosecution was yet to present it only one remaining witness. On September 7, 2020 the DPP wrote to the Principal Judge urging him to cause the resumption of the Kanyamunyu trial describing it as a public interest case.

It has now emerged that Mathew Kanyamunyu recently met with the family of the late Akena to apologise for the murder. The Acholi traditional cleanising ceremony dubbed Mato-Oput was graced by the Acholi Paramount Chief Rwot Onen Achan II. Kanyamunyu is said to have confessed to have accidentally shot dead Akena and was required to pay 10 heads of cattle, 5 goats and to undergo other traditional rituals before a final deal is sealed. Obviously, the Museveni regime must be involved in the behind the scene armstwisting of the Akena family. The regime’s involvement is driven by the need to save it’s own Kanyamunyu but also to cover-up for the unrecovered firearm whose source must obviously be the government. Mathew Kanyamunyu’s other brother is a senior army office under Museveni’s elite SFC.

As to whether the confession before the Mato-Oput can be admissible in evidence before the High Court, your guess is as good as mine. Owing to weak evidence prompted by failure to recover the gun, Kanyamunyu was supposed to be acquitted but the punlic reaction and in particular the Acholi was the much feared. The unnecessary delays in the trial was meant to tame the said public interest. However, with the killers gun not recovered, Kanyamunyu will remain a danger to the public and the state will have failed in it’s core mandate of protecting lives and property.

Did you find apk for android? You can find new Free Android Games and apps.
Sharing is caring:
crime, murder, museveni, politics, akena, UGANDA, kanyamunyu Uganda, Museveni, Akena, Kanyamunyu, Crime, Politics Comments Off on UGANDA: WHERE IS THE ILLEGAL GUN THAT KANYAMUNYU USED TO KILL AKENA? Print this News