UGANDA: WHEN MUTESA AND KYAGULANYI ESCAPED FROM THE CENTRAL GOVERNMENT ATTACK (photos) 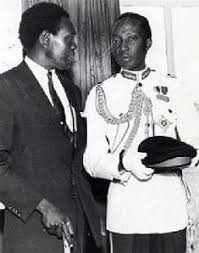 Edward Mutesa was the King of Buganda at the time Uganda gained its independence in 1962. The Kabaka Yeka (KY) traditionalist movement had allied with the elitist left wing UPC in order to deny victory to the liberal minded DP at the pre-independence general elections. At independence in October 1962, UPC’s Obote became the executive Prime Minister. On October 8 1962 Parliament elected Edward Mutesa as the President of Uganda. The marriage of convenience between UPC and KY was soon to break following the call by Obote on August 2, 1964 for the disbandment of the alliance arguing that its task had been achieved. On January 27, 1966 Parliament passed a law banning the violence by KY fanatics in Kampala and parts of the central region. On February 22, 1966, Obote arrested five cabinet Ministers and two days later, the 1962 Constitution was suspended. On March 2, 1966, Obote abolished the office of the President and Vice President. On March 8, 1966, Obote withdrew all the soldiers and workers from State House forcing Mutesa to relocate to the State Lodge at Makindye.

On April 15, 1966, Obote was sworn in as President of Uganda and a new constitution was promulgated. On May 20, 1966, the Buganda Lukiko passed a resolution calling on the UPC government to vacate Buganda’s territory by May 30th. Spontaneous violence erupted in Kampala prompting an emergency cabinet meeting that declared a state of emergency and curfew in the entire Buganda region. A top KY leader and three Buganda Kingdom County Chiefs were arrested and detained at the CPS. Amidst increased violence by Baganda youth, Obote addressed the country on TV and radio where he branded Buganda Kingdom’s ultimatum as an act of treason. Kabaka Mutesa was accused of asking the UN for military intervention and amassing fighters in his palace. Powered by a Parliamentary resolution, Obote flagged off a military attack on the Lubiri Palace on May 24, 1966. The dawn attack that was commanded by Col. Iddi Amin left many lives lost and property destroyed. The resistance that was staged by the Royal Guards could not match the firepower of the government forces. The Kabaka took advantage of the afternoon downpour to escape from the burning palace by jumping over a six feet high perimeter brick wall. He fled to exile in Britain where he absurdly died in 1969.

After winning a parliamentary seat in 2017, the youthful musician turned politician, Robert Kyagulanyi known by the stage name as Bobi Wine, declared his intention to run for the presidency in 2021. During the Arua Municipality by-election, he pitched camp in the area to campaign for an opposition candidate. On August 13, 2018, he came face to face with Museveni who was also in the area to canvas support for the Regime candidate. Bobi’s supporters were accused of blocking Museveni’s convoy before his elite presidential guard unit, the SFC attacked back. At the hotel where Bobi was camped, the SFC shot dead his driver before mounting a search in the hotel where he had hidden. When they finally landed on him, they brutally tortured him before he was kidnapped to the military barracks. After a long search, he resurfaced in the military Court Martial where he was charged with illegal possession of arms and munitions. The police even displayed the said arms and ammunition that it claimed had been recovered from Bobi Wine’s hotel room. The said charges were soon withdrawn and he was discharged by the Court Martial but only to be rearrested shortly after and charged with treason before a civilian court.

To galvanise his presidential bid, Kyagulanyi adopted NUP as his political platform but has used his military chief to intimidate key stakeholders in the deal thus jeopardizing the legal status of the said politcal platform. As if that was not enough, four days ago on October 14, Museveni sent his army to attack the NUP headquarters in Kampala. The office premises and access roads we’re sealed off before the security forces broke into the building. Hon. Kyagulanyi and other NUP leaders who were at the time addressing youth leaders in the same building allegedly fled through the backdoor. Once inside, the security goons broke into and ransacked different offices. They carried away a lot of personal property including the party uniforms. NUP claimed that its cash and vital documents including the requisite signatures for Kyagulanyi’s presidential nomination were taken. However, the security forces claimed they had only taken away the party uniforms which they categorised as ‘military stores’. A couple of individuals were arrested in the process and have been charged with illegal possession of the said ‘military stores’.

As for how long, Kyagulanyi will keep escaping, time will tell. 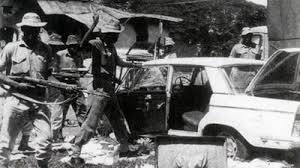 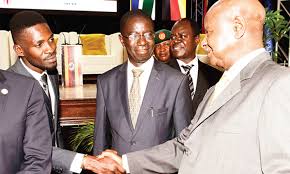 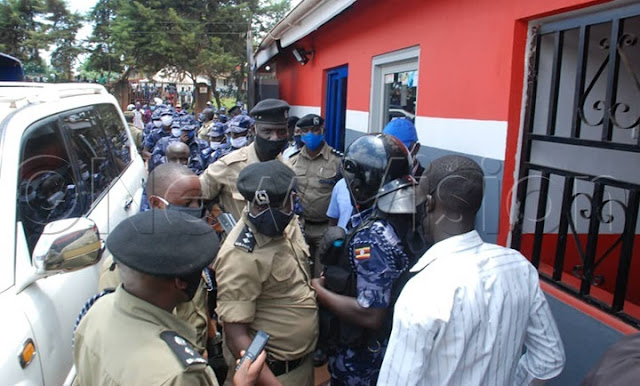 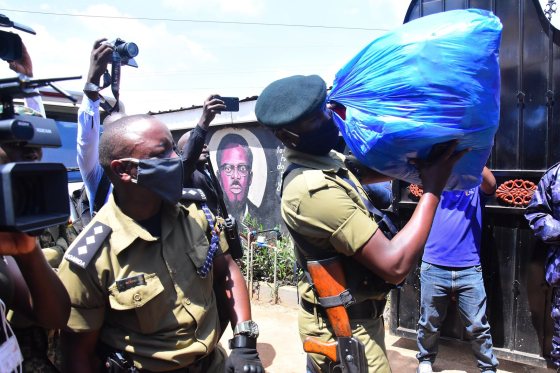 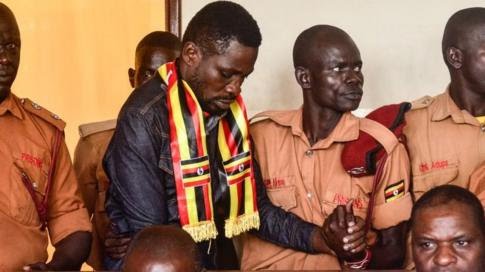