UGANDA: Tooro Kingdom should turn its back on Obusinga & Ubudiniya at own peril 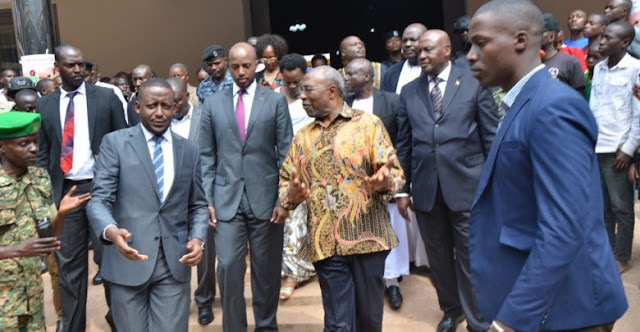 The low intensity struggle by the Bakonjo and Bamba for demanding equal rights and cultural identity under the Tooro Kingdom continued throughout the 1940s and 1950s.  Their demand for separate districts fell on deaf ears.  In March 1963, a few months to Uganda’s independence, the three Bamba and Bakonjo representatives in the 43 man Tooro Kingdom Rukurato (Parliament) walked out in protest.  The protest followed a declaration of independence in April 1962 and the consequential violence between the Batooro on one hand and the Bamba and Bakonjo on the other.  The violence was quelled by the joint efforts of the central government army and the Tooro Kingdom army.

Though the uprising was contained, a situation of hostility ensued.  The Bamba and Bakonjo declared a low intensity armed rebellion dubbed Rwenzururu Rebellion with bases up in the Rwenzori mountains. The Iddi Amin regime contained the Bakonjo and Bamba agitation for autonomy by granting them separate districts of Kasese and Semuliki Districts respectively in 1974 from what came to be known as Kabarole district.

However, the hardliners within the Rwenzururu Movement still demanded for more – a separate state. They set up a Kingdom state  government under Isaya Mukirania and collected taxes.  Since kingdoms had been abolished, they shifted the blame for their woes from the defunct Kingdom of Tooro to the colonial administration and the post independence governments.  They regarded the moderates amongst their ranks as traitors before harassing them into internal exile in Mubende and Bunyoro where they settled to this day.  The disorderly overthrow of the Iddi Amin regime in 1979 boosted the Rwenzururu rebellion with light arms.  Some skirmishes were experienced before the  Obote II regime concluded a peace deal that saw Prince Mumbere surrendering with some of his militias.  As Mumbere headed to the USA for studies, his militias were incorporated into the UNLA but the hardliners continued with the rebellion.

When Museveni’s NRA established bases in the Rwenzori mountains and eventually an interim administration in western Uganda, the Bakonjo, Bamba and Batooro full rallied behind the NRA.  However the rate of desertion of the Bamba and Bakonjo did not catch anybody’s eye at the time.  Soon the Rwenzururu rebellion metamorphosed into the National Army for the Liberation of Uganda (NALU) under former Obote IIcabinet Minister, Amon Bazira.  Minor skirmishes were experienced around the late 1980s.  In 1993 Museveni opportunistically restored the Kingdom of Tooro without considering the question of the Bamba and Bakonjo.

In its divide and rule scheme, the Museveni regime has weakened the three communities by way of proliferation of their respective territories into un-viable district entities.  Kabarole district has been split into five districts.  Bundibygyo has been split into two while Kasese is slated to be split into four districts.  The entire territory occupied by the Batooro, Bakonjo and Bamba, commonly referred to as Rwenzori Region has historically suffered unfair treatment by both the colonial and post independence governments in as far as portioning out government land is concerned.

Around 1950s, Tooro Kingdom offered some piece of land around Bigodi to the Bakiga from Kigezi.  Five decades later, the Bakiga demographics are almost exceeding the indigenous Batooro.  While the Bakiga have the opportunity to look for more land outside the region, the Bakonjo and Bamba  are facing acute land shortage.  A few weeks ago, the Bakiga in the diaspora arranged for the King of Tooro a historical visit to Kigezi region.  During the King’s visit the Bakiga expressed their deep appreciation for the hospitable treatment of their kinsmen in Tooro before presenting a request for more land.  Its a high time the Kingdom of Tooro Kingdom recognised the past contribution of the Bamba and Bakonjo by allocating them land to relieve them from the hostile mountainous terrain.

Two weeks later, during the 24 Coronation Anniversary for King Oyo, the Obudingiya of Bwamba and Obusinga of Rwenzururu were totally absent.  The presence at the function of the distant kingdoms like Bunyoro, Buganda, Ankole, Kooki and obviously the huge delegation of church leaders from Kigezi was appreciated.  In fact as the celebrations were taking place in Tooro, the exiled King of Rwenzururu was appearing before the High Court over treasonous allegations.  Instead, the King of Tooro used the occasion to jubilantly announce the return of its assets – some of which are located in the neighboring Kingdoms of Rwenzururu and Bwamba.

While presiding over the coronation of the new King of the Bamba in May 2014, Museveni said that he planed to call a meeting between the King of Tooro, Oyo Nyimba Kabamba,  Rwenzururu King, Charles Wesley Mumbere and Obudhingiya’s Kamya, to discuss how to avoid ethnic conflicts in the Rwenzori region.  Five years later, that meeting has never been convened but instead the three entities are further disintegrating.

The NRM and Museveni in particular will one time leave but the Batooro, Bamba and Bakonjo will eternally remain neighbours.  An attack on one of them should be an attack on all; at least an expression of solidarity would suffice. In fact the three entities have no fundamental differences save for the fear to be seen associating with the so-called terrorist Rwenzururu Kingdom.

Therefore, the earlier their respective leaders at all levels got closer and amicably addressed the future of their region for future generations, the better. 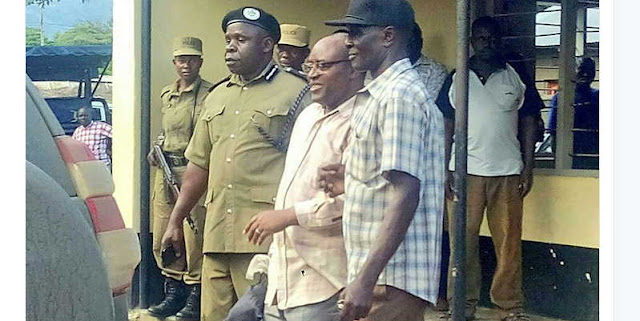 Did you find apk for android? You can find new Free Android Games and apps.
Sharing is caring:
politics, kasese, UGANDA, Gallery, King Oyo, Mumbeere Uganda, Kasese, King Oyo, Mumbeere, Politics, Gallery Comments Off on UGANDA: Tooro Kingdom should turn its back on Obusinga & Ubudiniya at own peril Print this News

« UGANDA: Tooro Kingdom should turn its back on Obusinga & Ubudiniya at own peril (Previous News)
(Next News) NTVUganda has added Northern Uganda has no CT San Machine video »