Uganda: The Prisons and Safe Houses are full of Muslims 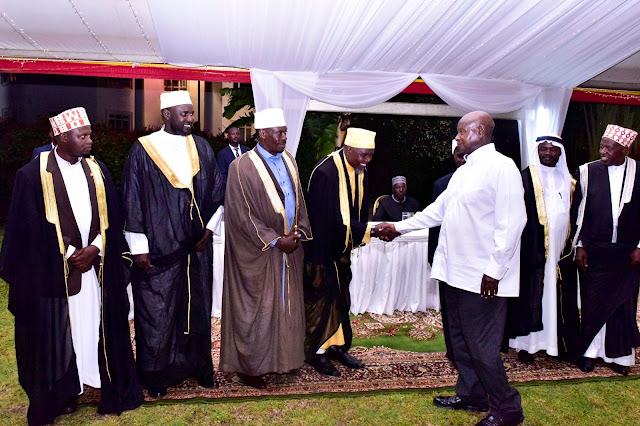 Yesterday, a group of Muslim leaders in Uganda had supper with Military Dictator Yoweri Museveni for IFTAR. This fiascal was too painful to watch.  Over the last 7yrs, around 17 Muslim clerics have been assassinated with no one arrested or report of investigations.

Over the last 7 weeks, Uganda regime has been in media about “Terrorists” aka “Islamists”, ISIS, AFD.  Funny thing is every time a crime happens in Uganda, it is the Moslems who get rounded up.
Yet their leaders felt if appropriate to have IFTAR with their killer. Emitwe egyo!  MLN
====

We investigate the sinister and mysterious murders of some of Uganda’s leading Muslim clerics.

Many Ugandans have lived through fear over the decades – either because of the actions of Joseph Kony’s Lord’s Resistance Army or from the campaign of an Islamist insurgency known as the ADF. But today Ugandan Muslims face a different anxiety.

Over the past two years, unknown assailants have ambushed and killed a dozen of the country’s leading Muslim clerics. Others survived and now live in fear. The attacks have occurred across the country, from the capital, Kampala, to border towns such as Mbale.

The government and police say that ADF insurgents, among others, are responsible for the killings. Others blame them on an ideological struggle within the Muslim community or a result of a fight over property and money.

Many, though, are pointing fingers at Ugandan government security forces themselves, accusing them of using violence and the “threat of terrorism” to engender reasons for suppressing political opposition.

In the middle of all this is a so-called hit list with the names of Muslim clerics who have, apparently, been marked for murder. More than half of those on the list have now been killed and the rest now live under armed protection, but they remain under threat, increasing tensions between the different Muslim denominations, the public and the authorities.

Prompted by this story’s mysterious claims and counter claims, reporters Sorious Samura and Ivan Okuda and producer Clive Patterson teamed up to find out who was really behind the violence that is dividing a community and the nation and to ask whether state agencies are more involved than they are letting on.

This film was first broadcast on Al Jazeera English in November 2015. 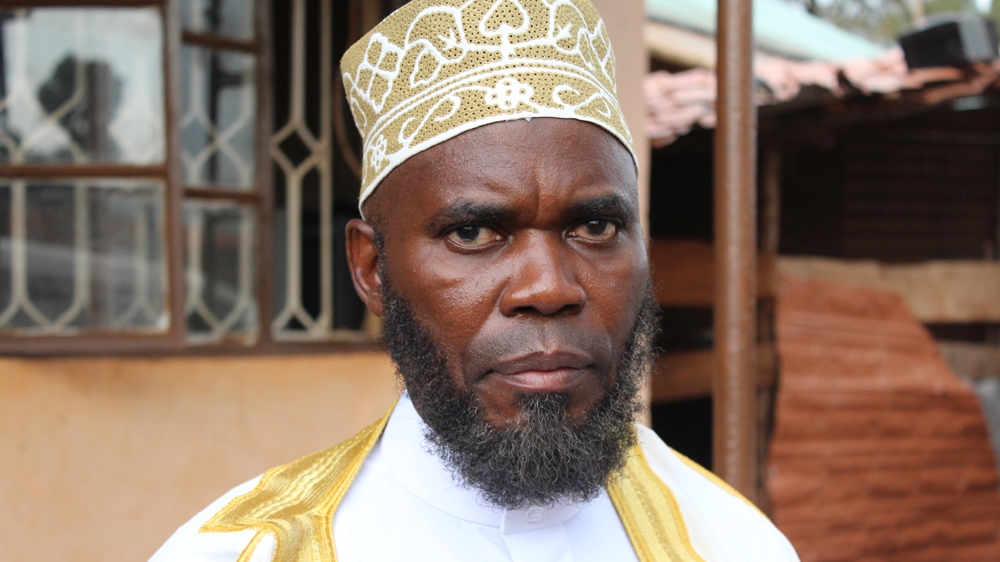 I work with Sorious Samura, the renowned journalist from Sierra Leone, and when we heard that 12 Muslim clerics had recently been murdered or died in mysterious circumstances in Uganda, we knew we had a story we wanted to investigate further. The story intrigued us for a number of reasons: The majority of the clerics were killed in a similar fashion – shot at night by gunmen who arrived and escaped on motorcycles; there have been no convictions to date; there didn’t appear to be an obvious motive for the killings – all very curious.

Last year, Al Jazeera exposed the existence of government death squads in Kenya targeting, among others, Muslim leaders. Was something similar going on in neighbouring Uganda? 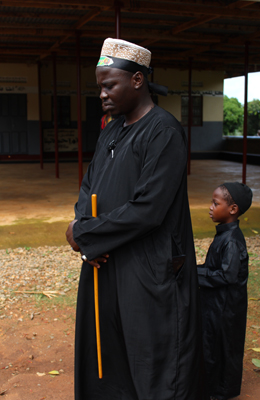 We were also very impressed by the Ugandan journalist Ivan Okuda, who brought the story to our attention and was selected to join our Africa Investigates team this year.

We began by making connections to members of the Muslim community in Uganda. It soon became clear this community was fraught with conflicts and tension. In fact, since the arrival of Islam in Uganda in the mid-19th century, it had been that way, with almost constant power struggles and fights over the interpretation of the holy book.

We found the various Muslim leaders to be open and welcoming, but the constellation of competing factions was difficult to navigate. Although we knew it would be difficult to solve a multiple murder mystery in a few weeks, we wanted to get beyond a simple series of “he said, she said” interviews of claims and counter-claims. That meant we needed to be as forensic as possible with the data available to us and try to do some proper detective work.

We soon discovered an intriguing pattern. The majority of those killed belonged to a sect called the Tabliq – a group that came to prominence in the 1980s after the return of Ugandan Muslims who had been sent to receive their religious education in the Middle East by Idi Amin, the Muslim president of Uganda between 1971 and 1979. Many of the returnees studied in Saudi Arabia and were influenced by the conservative doctrines of Wahhabi and Salafi Islam, some of the tenets of which are also believed to have been embraced by militant groups around the world.

As a consequence of this perceived connection to radicalism, Tabliqs say they have faced regular harassment from Ugandan security forces, including surveillance, arbitrary detention and torture. In fact, one of our key contacts in the Tabliq spoke about being followed and bugged by the police as if it were an everyday part of life. Another of our interviewees, Ayub Nyende, secretary-general of the Tabliq, told us he was on the run from the police because they were accusing him (somewhat improbably) of being a spy for the Israeli government. Needless to say, he laughed off the charge, but what is clear is that such heavy-handed state scrutiny has made many Tabliqs and indeed Muslims of other denominations deeply suspicious of the government’s intentions. Several told us they were convinced that the state was involved in the murders in some way.

But curiously, while Tabliqs made up the majority of victims, it was their leader, Sheikh Kamoga, who actually emerged as one of the early key suspects in the investigation. A controversial figure, he led a violent revolt against the official Muslim leadership, the Ugandan Muslim Supreme Council (UMSC) in the early 1990s. The revolt failed and Kamoga fled to Kenya but returned in 2009 and was reinstated as the Tabliq leader. However, we’d heard that a number of his senior colleagues, including one who appears in the film, Sheikh Haruna Jjemba, were deeply uncomfortable with what they considered to be Kamoga’s radicalism. A couple of years back, these tensions escalated into a public split and soon after, the murders started.

Later, someone put two and two together to make well, something anyway, and Kamoga is now in custody while his alleged connection to the killings is being investigated.

However, as we were to find, nothing in this very murky story is straightforward or lends itself to easy conclusions. For example, we examined the evidence that appeared to implicate Kamoga, such as a dying declaration by one of the victims and statements by former colleagues that Kamoga and his group had been threatening them.

But then we also heard testimony from many people, including Kamoga himself, who believe he is being framed.

It was a challenge not to get stuck in a simple tug of war between these competing interests, which is why, as you’ll see in the film, we eventually began to pursue evidence that we could more readily and independently verify.

It wasn’t easy. We began to look at police allegations that the ADF, a Ugandan Islamist insurgent group, was also behind or connected to the attacks. The police gave us a report in which they said the majority of their suspects in the murder investigation were former ADF fighters who had returned to civilian life through a government-run amnesty programme.

But this seemed unlikely. When we checked with the people who ran that programme, only a quarter of the names put forward by the police were familiar to them.

So we travelled to eastern Uganda, to an area that is said to be a recruiting ground for the ADF. We spoke to the son of one of the murdered Sheikhs, Hajji Bongo, who lived in the region. He couldn’t see any reason why the ADF would want to target his father, who had never had any connection or dealings with the insurgents. That was also the conclusion of a former senior member of the ADF we tracked down, who was puzzled and dismissed the claims out of hand. He couldn’t understand why the Islamist ADF would want to kill respected Muslim clerics.

He certainly had a point.

One of the other more bizarre police allegations we’d heard in relation to the ADF was that a prominent Ugandan Christian cardiologist and philanthropist called Dr Aggrey Kiyingi was also behind the murders and had donated money for the purpose. We tracked the doctor down to Australia, where he lives and practises, and he, too, emphatically dismissed the “ridiculous and absurd” accusation. He said it was a smear motivated by the Ugandan regime’s anxiety that he might run in a future presidential election.

We then spoke to the doctor’s lawyer in Uganda who pointed us towards a police claim that they had arrested a man for being one of Kiyingi’s alleged associates – supposedly a dangerous international assassin who had received terrorism training in Australia. We looked into the man’s background and found that, in actual fact, he was an illiterate villager who lived in a mud hut in a remote part of Eastern Uganda. The man’s family told us that he had never left the country and that the charges against him were nonsensical.

So what on earth was going on? We’d begun our investigation with a mystery about the murder of 12 Muslim clerics and we’d found a puzzle, tied in a riddle and wrapped up in enigma, all somehow connected to increasingly implausible and contradictory official accusations about a grand conspiracy involving Islamist insurgents.

We wanted to sit down with state officials to discuss these matters. We put in interview requests for the Inspector General of the Police and President Yoweri Museveni who has held power in Uganda since 1986. Why, we wanted to know, was the government insisting that the killings were carried out by the ADF when the evidence seemed so scant? Why were police accusing a heart specialist, Dr Aggrey Kiyingi, who lived thousands of miles away in Australia, of involvement in these attacks? And where in this jigsaw puzzle did the contradictory claims and counter-claims about the Tabliqs and their leader, Sheikh Kamoga, fit in?

What, in short, was going on?

Neither the president nor Uganda’s chief policeman agreed to take part in our film.

So we put that question to someone else who might know. General David Sejusa is one of the Ugandan army’s most decorated officers. He was also an intelligence chief and adviser to the president until he fell out of favour for criticising the government in public.

His answer, as you’ll see in the film, is illuminating and suggests that the authorities may be using the murders as a political tool to exaggerate the perception that Uganda is under attack by Islamic extremists.

Make of the general’s comments what you will, but certainly both Sorious and I came away from this story disturbed by what we had heard about the Ugandan government and its use of the police force.

As for who is behind the killings of the 12 Muslim clerics, well, watch our film and then draw your own conclusions.