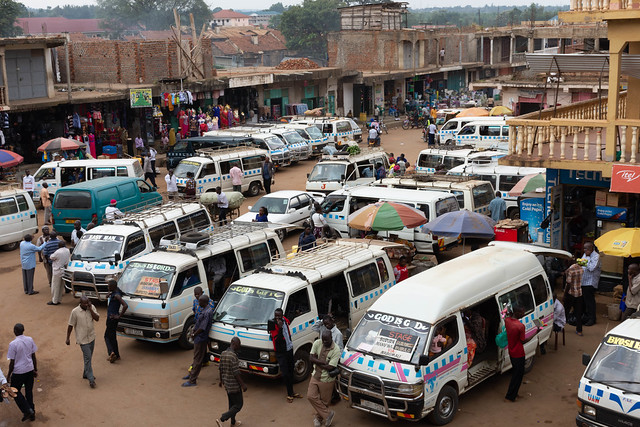 In October 2000, a fight broke out right in front of my eyes.

My twin brother was holding his 2yr old niece Becky as we were waiting for the matatu to fill up. The conductor was yelling “Bududa Bulecheke, Nabumali, Mayenze, Bulechekeeee khutsyia ni Bukigai”.  So my Canadian family is only listening to Buluchekeeeee.  You gotta go there to hear how they announce “Matatu iyi shili khutstya Busiu tta..tsya khu indala iyo awo awo namumanyaMukoko wose. Tsysia, itsa khutsula ari ari”.

Suddenly, I notice my brother outside the matatu yelling at people.

“Oyo omwana omuzungu tali wo”. Richard replies “she is my niece. My sister is in the car. This is her daughter”.

I step outside, take Becky. Now this one who was yelling it is not your kid says “Mpozi sister wo malaya oba nanny? Oyo omwana muzungu”. Richard insults her and tries to teach DNA.

LEAH: Yaya, please calm down and we just inside the matatu please. God is good. Richard listened.

As we climb into the matatu, a man yells “oyo malaya mazima. Laba mini gyayambadde”.  We had noticed that I was wearing a mini skirt. SHOCK.

I then watched Richard tear up (he has our father’s temper) and said “That mini skirt she is wearing, you bought it for her or your parents bought it for her?”.  Then came inside and the matatu took off to Bududa Bulucheke, Buluchekeeeeee!