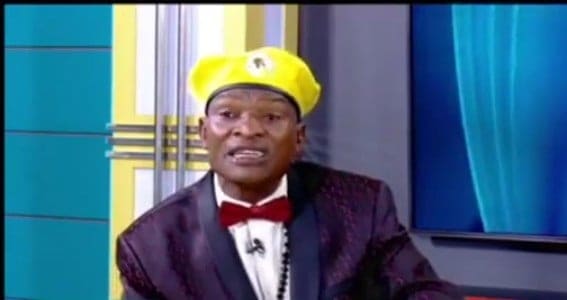 TAMALE MIRUNDI IS BOTH A MAFIA AND A VICTIM OF MAFIARISM

CHANGE OF GUARDS – Reknown political analyst, Tamale Mirundi was formerly a member of the Democratic Party (DP) and an articulate critic of the Museveni regime.  To tame bis influence, Museveni lured him into the usual trap of ‘use and discard’.  Mirundi was appointed Museveni’s Press Secretary – a post he held for over one decade.  During his tenure at State House, with Museveni’s blessing, be distinguished himself as an ardent critic of the Mengo (Buganda Kingdom) establishment and leading opposition figure, Dr. Besigye.  As Mirundi’s usefulness was nearing the end, the mafia system as usual turned against him and Museveni humiliatingly discarded Mirundi.  Tamale Mirundi’s major crimes were; not hailing from the preferred region and wanting to remain dent free in the looting bonanza.  For Museveni, Tamale Mirundi’s quest to remain clean pointed to preservation of his personality for political ambitions.

Since then, Tamale Mirundi has been on rampage expressing his bitterness and outrage against a small clique of Mafias in government who are bent on destroying the country.  However, he has been very careful not to directly link this mafiarism with Museveni but any sane person including Museveni himself knows that these attacks are directed at Museveni and gravely impacting on Museveni’s leadership.  As a survival instinct, Tamale Mirundi leans on the shoulders of some powerful security and political players like Saleh, Otafiire, First Son, Muhoozi and a few others.

During the Banyarwanda – Bahima bitter power struggle that was commanded by Gen. Kalekyezi and Gen. Tumukunde respectively, Tamale Mirundi sided with the former.  At one time he was used by Gen. Kalekyezi in a ploy to tarnish the then Minister of Security, Gen. Tumukunde by linking him to the mysterious murder of women.  In the script, Tamale Mirundi claimed to have tracking gadgets that had busted the killing racket that he linked to some powerful individuals (Gen. Tumukunde) in security circles.  Indeed during the launch of the script, the killing of women was suspended courtesy of Tamale Mirundi’s efforts.

When Gen. Kalekyezi was disgracefully dislodged from office, Tamale Mirundi was at the forefront of mocking him.  He repeatedly alleged that the General had been intercepted from Minziro forest in Rakai as he attempted to flee to Tanzania.  When Gen. Kalekyezi was released from detention, Tamale Mirundi was the first to pay him a visit at his residence.  Initially, Mirundi had thought that Museveni would bring him back on board but as time passes, Mirundi is losing hope thus growing more hostile and bold in attacks.  Now, with Gen. Kalekyezi out of power, Tamale Mirundi feels more insecure and is clinging on Gen. Saleh and Gen. Muhoozi as his god fathers.

After dealing a heavy blow on Amama Mbabazi (former Prime Minister), Mirundi’s recent focus is on Dr. Besigye and the FDC.  He is swinging between Bobi Wine’s People Power and Gen. Muntu’s ANT while at the same time sustainably and justifiably destroying tbe Museveni regime through vengeance.  It is in this regard that he has now come up with another concocted Mafia script that involves a Pakistan national that is allegedly dealing in human body organs of Ugandans.  Obviously, in writing the script Tamale is being used by one faction of the usual Mafias against another.  As for his sponsors, your guess is as good as mine.