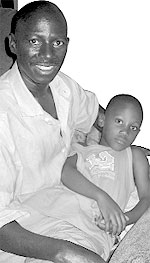 This week, Sunday 29th November 2020 will be exactly 13 years since a friend and  Comrade in the struggle, Joseph Musasizi Kifefe aka Saasi went to be with the Lord. Sasi’s last days in this world were marked by state brutality; illegal detention, torture and all.

The height of it all, was when the then DPP, specifically Mr. Simon Byabakama sanctioned murder charges against him. The person they claimed he had murdered was discovered to have never existed. Mr. Byabakama was later rewarded by Mr. Museveni with an appointment as a Justice of the Court of Appeal and most recently appointed Chairman of the Electoral Commission.

The suffering of many Ugandans and those who paid the ultimate price was reduced by some sections to what they called katemba.

The struggle for liberation however continues.