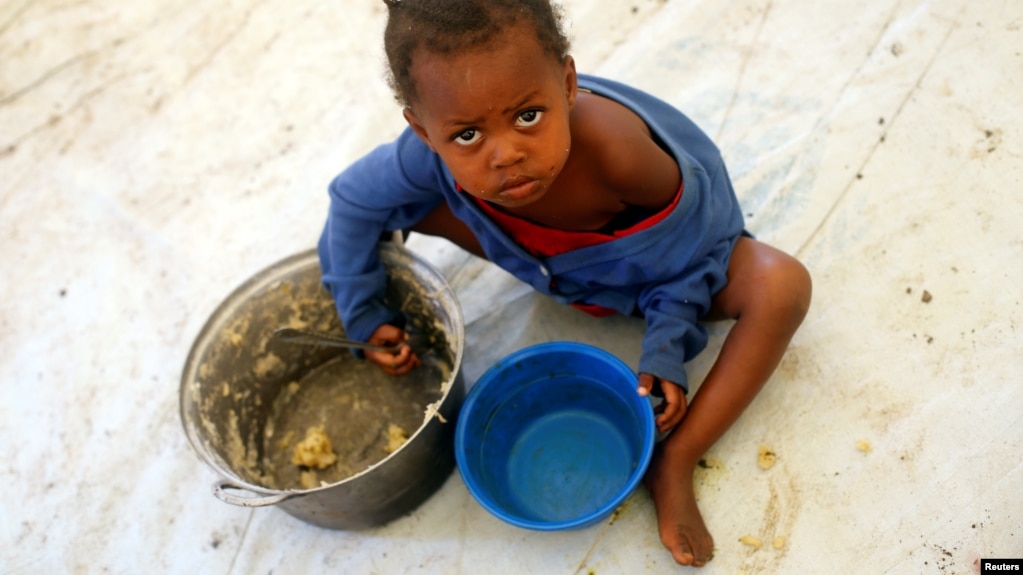 FILE – A Congolese child eats a meal at a UNHCR reception center in the Kyangwali refugee settlement camp, Uganda March 19, 2018.

KAMPALA (VOA NEWS) — The Ugandan government and the U.N. High Commissioner for Refugees are calling on the donor community to extend $927 million to support the over 1.2 million refugees living in Uganda. But the appeal is complicated by the alleged misuse of previous contributions.

Located next to several countries in conflict, Uganda has become host to huge refugee populations. Currently there are 792,000 South Sudanese, 417,000 Congolese and more than 35,000 Burundians, among others.

The $927 million sought would pay for water, sanitation, food, health care, shelter and other basic needs for the refugees.

Jens Hessemann is the senior field coordinator for the U.N. refugee agency in Uganda.

“Uganda is Africa’s largest refugee situation of over 1.2 million refugees and the number is growing with continued influxes to the country. And over 100 partners, U.N. and NGO partners have been supporting the Uganda government in managing this humanitarian situation and deliver life saving services. That needs to continue,” said Hessemann.

However, the appeal is weighed down by what donors are calling unsatisfactory investigations over abuse of funds. In early 2018, four Ugandan officials under the Office of the Prime Minister were asked to leave their positions, pending investigations into alleged abuse of funds, fraud and exaggeration of refugee numbers. 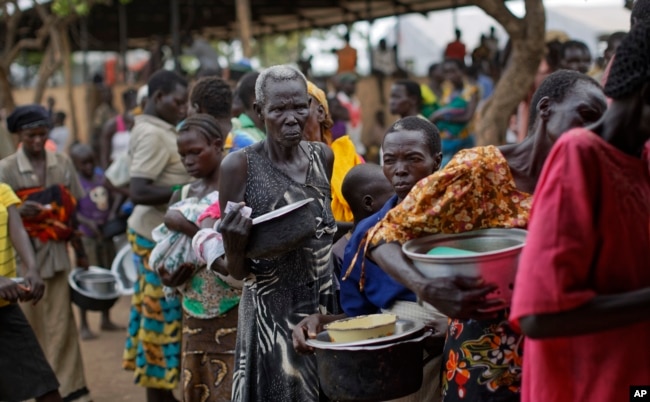 “We are saying, the investigation is systematic, is thorough. Those gentlemen and ladies will not step in these offices, until, they are either cleared or brought to book if they are found to have committed a crime.”

“The partners have also had a challenge. You over cost your administrative response. The money that the international community gives, three quarters of the money goes to your welfare. You drive big cars, you sleep in big hotels,” he said.

He said the UNHCR has been working with the government to verify actual refugee numbers using a biometric system that the agency named Progress. He said the system will reduce fraud and corruption.

“Priority of all the partners is accountability. We are accountable to refugees. To deliver services, meeting their rights and their needs. But we are obviously also accountable to donors to ensure that funding is value for money and is used in the right way,” said Hessemann.

The appeal follows critical remarks from German Ambassador Albert Conze, who said Germany has re-established financial dealings with UNHCR but will not dispense half of the $52 million it had pledged until the Ugandan government limits corruption.

“I am a bit surprised that this takes 15 months. Not a very convincing response. We are getting the response that this is now with this or that agency and that they should come up with something, but nothing has come up so far. You can do what you want with your own money, but when you get money from friends, I think your accountability is increased,” he said.

UNHCR states that in 2018, only 57 percent of the Uganda refugee response plan was funded, leaving many unmet needs. The contributions in 2019 have been particularly slow in coming, with less than 20 percent of the needed funds received so far.