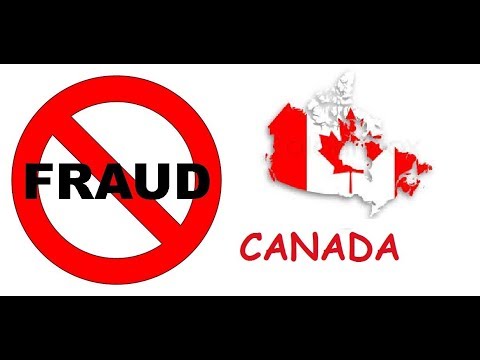 Some of you received an audio telling you that Canada is begging President Yoweri Museveni to send 1 million Ugandans to Canada.

The audio goes farther to provide the address of the agency which is processing the 1 million Ugandans to send to Canada.

1. The audio is a scam.
2. Canada has not asked any country for 1mln people.
3. Canada was indeed in media saying they need 1mln immigrants over the next 3yrs (starting with this year).
4. Canada has no lottery visas.
5. No firm or agency in Uganda is registered by the govt of Canada to send people.

BELOW is what I had shared earlier.
===

Do your friends and family a favour by pointing out to them about this online Facebook scam.

1. Martha Leah Nangalama is a
Canadian citizen from Uganda

2. MLN worked for Marriott for 4yrs in management. It involved hiring (recruiting staff).

3. Anyone who offers you jobs like the proposed one (none refundable registration fee), ask them to show you a document called LMO. It is issued by the government of Canada to the end employer here. No LMO, no fee. NEVER EVER avoid this unless your visa is faked. In which case, do not call or text me if they grab you at the point of entry.

I have original LMO documents which were issued to me in the past.

4. LMO can be issued for 1 to hundreds of jobs for one employer. That employer can then hire an agency to recruit people for the number of jobs the company needs to fill.

5. No Ugandan Agency or Person is a registered Canada Immigration Consultant. NONE. I also know of none which has been hired by a Canadian employer to fill positions on an LMO as of now.

Check the official immigration Canada website. Read on a computer.

Not for the other types where people have degrees, diplomas, etc..

The employer must prove to the government that there is no one in Canada in your location or across who is available to do the job.

Then some government official looks at the job requirements and compares to the market. Then gives a positive Labour Market Opinion (LMO) authorizing you to bring in workers. I did not explain in the post because the scammers will go fake it.

I have 2 originals which I was given in the past to bring in workers.

Did you find apk for android? You can find new Free Android Games and apps.
Sharing is caring:
CANADA, UGANDA, online scams Uganda, online scams, Canada Comments Off on UGANDA: Scams for jobs, visas to Canada Print this News