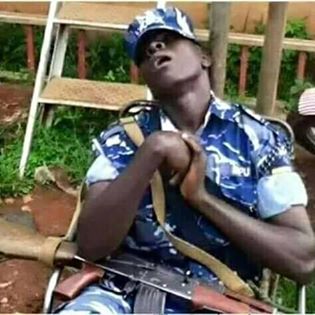 
CHANGE OF GUARDS – Four Uganda People’s Defence Forces (UPDF) soldiers have been arrested in a foiled hotel robbery in Kampala. The army Spokesman confirmed that the four soldiers had been arrested.
“We have arrested the would be robbers. Investigations have commenced.”
It has since been established that the arrested soldiers who had raided Fang Fang Restaurant in the Central Business District of Kampala, include Corporal Majid Abbas, Lance Coporal Ivan Asiimwe, Private Joshua Chandini and army driver Ivan Opio.
Sources say a hotel staff member secretly called for rescue as the quartet put everyone on a standstill with two Sub Machine Guns (SMGs) loaded with 300 bullets.

Last week where armed robbers staged a daylight robbery at a hardware shop in the Nansana area where they shot dead two people, fatally injured several others before taking off with hundreds of millions of shillings. An eye witness account describes the incident thus;
“…..three motorcycles stormed the place before 2pm, and grounded motorised traffic on either side to a halt.
A pair advanced inside the hardware shop as cover fire rang from outside. One reportedly asked: “where is the manager, where is the money?”
Assistant manager Atikuru approached and he was shot dead when he said there was no cash at the place. His colleague Aruho was also gunned when he offered a similar response, prompting other workers to scamper to safety. There was pandemonium outside where one of the assailants, who fired indiscriminately, positioned strategically at a nearby fuel station after cordoning off the area. The thugs were wearing masks, came at a time when the cashiers were about to take money to the bank.”

Just three days ago, in Buvuma district a police officer, Simon Otto shot and injured the victim as he attempted to rob him.

A few days ago, when Hon. Kyagulanyi aka Bobi Wine notified the Speaker of Parliament about his intention to move a motion over the poor working conditions and general welfare situation of members of the armed forces, the Army Spokesman respondended thus;
“We don’t want any kind of support from Honorable Kyagulanyi. The officers are fine and are not complaining. The UPDF is already adequately represented by 10 MPs and 3 Ministers of Defense and Veterans Affairs, who are putting all the necessary energy for the betterment of soldiers’ welfare.” 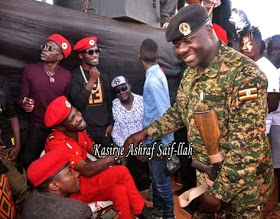 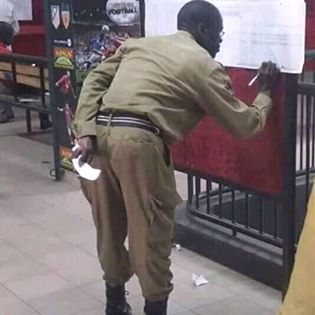 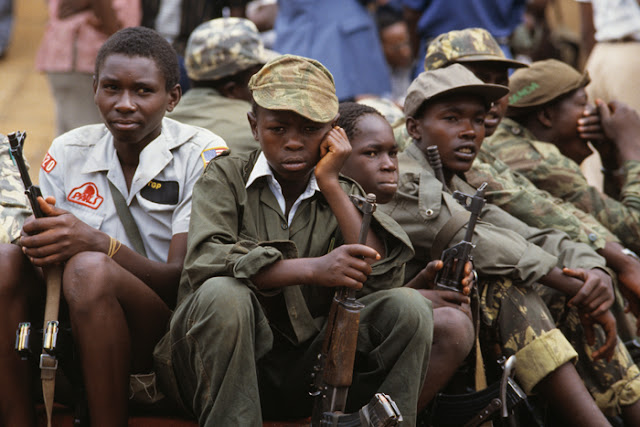 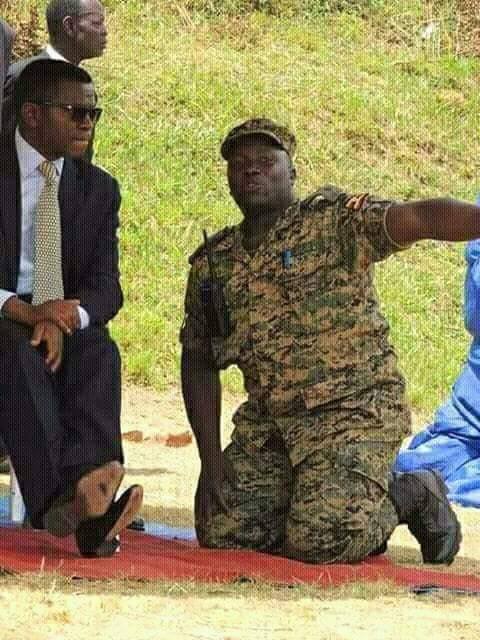 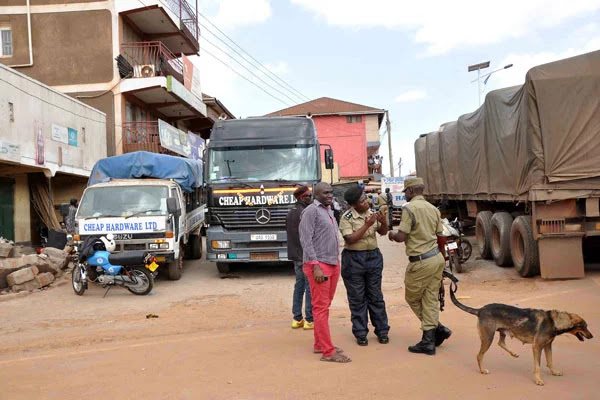 « PARENTING: How to discipline children (Previous News)
(Next News) Wikipedia article of the day for June 5, 2019 Black mamba »