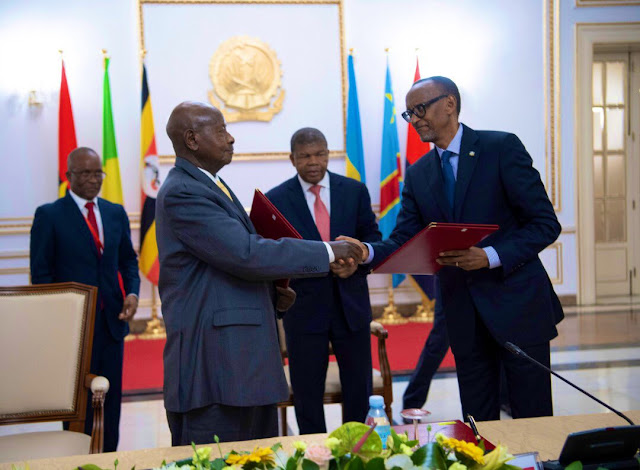 KAMPALA, Uganda (Associated Press) — The leaders of Uganda and Rwanda agreed on Wednesday to re-open the border between the two countries following a summit mediated in Angola, ending months of tensions that raised fears of armed hostilities.

Ugandan President Yoweri Museveni and President Paul Kagame of Rwanda also agreed to “refrain from actions conducive to destabilization or subversion in the territory of the other,” according to a statement issued in the Angolan capital, Luanda, at the end of the latest round of talks between the two leaders.

Talks since July have been mediated by the leaders of Congo and Angola.

Rwanda’s government closed a busy border crossing with Uganda in February, stranding traders in what Uganda describes as a trade embargo. Rwanda’s government ordered its citizens not to travel to Uganda, claiming that Rwandan citizens were not safe across the border. 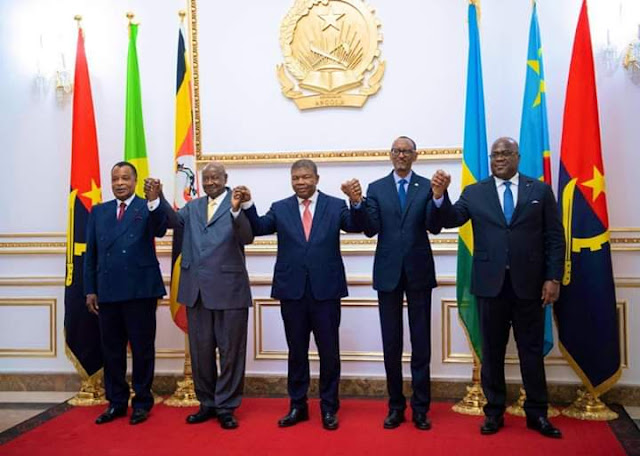 Rwandan authorities also accused Uganda’s government of backing rebels opposed to Kagame and demanded the expulsion from Uganda of the business interests of a Rwandan tycoon who is critical of Kagame. But Ugandan officials made a counter-charge accusing Rwandan state
agents of operating unlawfully in Uganda, including in the alleged abductions of Rwandan citizens wanted back home.

Tensions between Rwanda and Uganda raised fears of possible armed conflict as Kagame and Museveni made threatening remarks at public events. After Museveni warned that “those who try to destabilize our country do not know our capacity,” Kagame countered that “nobody anywhere can bring me to my knees.”

Kagame and Museveni, authoritarian leaders who have ruled their countries for many years, have increasingly disagreed in recent years as Kagame, once an intelligence lieutenant for Museveni, asserts his authority at home and in the region.

Kagame, who grew up as a refugee in Uganda, was a Ugandan army major before he led Uganda-backed rebels who took power in Rwanda at the end of the 1994 genocide.

Although it remains unclear when the main border crossing will actually open, news of the agreement to resume cross-border activities as soon as possible brought relief to some traders.

“Life was hard for us traders,” said Livingstone Arinayitwe, a Rwandan dealer in sports shoes who used to buy his merchandise from Uganda. “Business all over the world is about affordability and opening the border is what I want.” 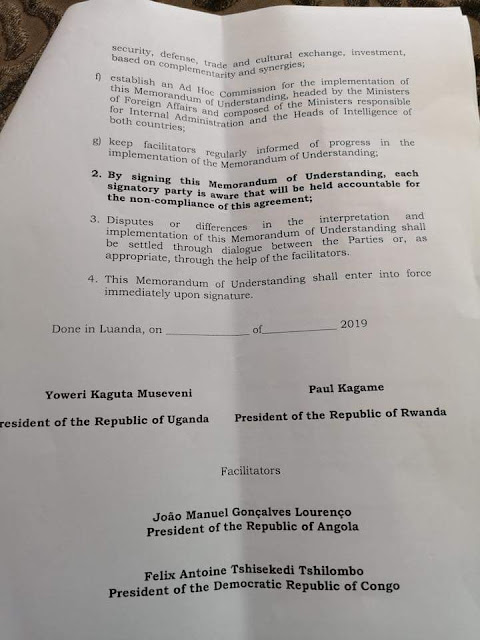