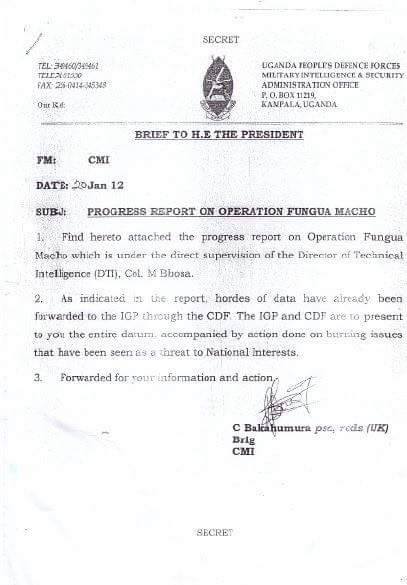 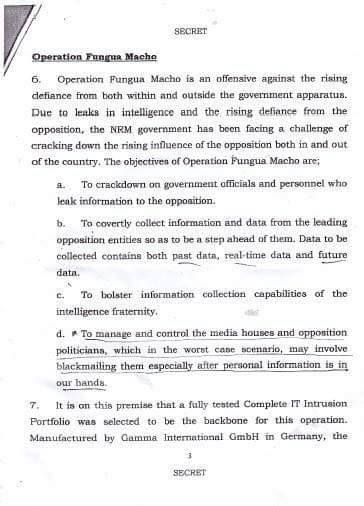 NIRA failure: A case of poor management of the State

Last October, I lost my mobile phone. Like any law abiding citizen, I reported that matter to police the next day.


Armed with a police report, I went to MTN (and later Airtel) seeking a replacement of my SIM card. But the thumbprint on my National ID could not activate my ID profile in the MTN system. Both MTN and Airtel advised me to get a National ID in order to get SIM Card replacements.
Meanwhile, my lost phone seems to have mysteriously landed in the hands of the intelligence service of a neighbouring country. How did I know? Someone traceable to the security service of that neighbouring country sent me screen shots of a WhatsApp chat I had had with the mother of a female politician in that country. Phew!
But that is not the story I would like to share. The story is: I applied for a new National ID in October 2018, I received it in June 2019. And for all that time, dear reader, I enjoyed full support and assistance of NIRA’s director of operations (to whom I had been introduced by a senior military officer). Early this year, I had lunch with NIRA’s director of operations at some hotel in Kampala. A Ugandan diplomat friend, who was soon to be posted to another country, joined us.
A month or two later, the diplomat called me from the country of his or her new posting. They wanted to secure their Ugandan housekeeper a passport so she could join them. To get a passport, one needs a National ID; which the maid didn’t have.
Now, my diplomat friend wanted me to ‘talk to your NIRA friend. The one with whom we had lunch the other time. Ask him to secure my house keeper a National ID. Please ask him to treat this as an emergency’.
We got a National Identification Number (NIN) for the diplomat’s maid without involving the Director of Operations. We just bribed our way through. After securing the NIN, we got the housekeeper her first passport. She is now living with the diplomat friend ‘in outside countries’ #Nyabula.

******
The problem with these agencies is not the personnel. It is just the failure of the government’s administrative management of the State. This failure is more manifest in what I will call ‘projectisation of the government’.


Government programmes no longer run in the traditional single-back-bone model, where the parish chief (the last administrative unit leader) is the frontline actor for government policy actions and absorption. You ask yourselves, why can’t primary data for National IDs be collected by the parish chief (who is already on government Pay Roll)? The raw data from the parish chief could then be digitised at district level. The level of redundancy at district headquarters, has now reached epidemic levels. If these ‘projectised government services’ were devolved to the district local government public service, may be they give the districts the aura of a government unit.
This central government tendency or attitude of treating local governments as if they are not part of government is terrible and is responsible for ‘the projectisation of the government’. This has led to what scholars call ‘the ebbing recession of the State’.
Even simple service delivery actions like Naads, are ‘projectised’. In fact Operation Wealth Creation is a projectised undertaking in Naads (and oh yes, Naads still exists, if you didn’t know).
The National ID was also ‘projectised’. Tagging Nira as part of the security architecture is even laughable. But it is easy to detect the objective of this tagging: the tag of security offered the easiest way for Nira to be ‘projectised’.

====
PREVIOUSLY, Change of Guards Blog shared the following about surveillance in Uganda and NIRA. Change of Guards is not affiliated with Daily Monitor.  The following story is only added for historical purposes.  MLN
https://changeofguards.blogspot.com/2018/07/uganda-museveni-socialmediatax-is-for.html

UGANDA: Museveni #SocialMediaTax is for servicing his electronic surveillance scheme

CHANGE OF GUARDS – Gullible Ugandans are up in arms over Museveni’s recently introduced tax on social media. Their argument that they suspect that their money may be stolen by the regime is misdirected. The plain truth is that the tax that is expected to generate trillions of shillings will be used to service Museveni’s massive electronic surveillance scheme.

Under Museveni, electronic surveillance is as old as his regime only that it was initially on a small scale. With the growing massive political dissent against the regime, it in return rolled out a massive electronic surveillance scheme in furtherance of political repression. With technological advancement, the need to maintain constantly upgrading is proving costly thus the introduction of the social media tax so that citizens directly meet the cost of being spied on.

In April 2017, we ran a piece detailing this scheme as reproduced below;

MUSEVENI’S POLICE STATE SCHEME GRADUATES TO A SURVEILLANCE STATE (https://ift.tt/2P1H2vS) the full text is at the end of this piece.

A Police State is a core characteristic of a totalitarian form of governance. The regime exercises power arbitrarily through the power of the Police Force as opposed to a state regulated by civil administration.

Citizens of a police state experience restrictions on their rights and freedoms which is subject to Police monitoring or enforcement. A political Police unit then acts for the repressive regime to control the political, economic and social life of the people in place of regular operations of civil administrative and judicial organs of the government as set about by the constitution and other legal procedures.

Citizens of a Police State face grave restrictions on their mobility and freedom to express or communicate political or other views. Such a Police State is fundamentally authoritarian and often a dictatorship which suppresses citizens’ rights under the guise of state security and the leaders are seen as gods who exercise absolute powers. Political opposition to the regime is treated as a crime against the state.

As public dissent is forbidden, it inevitably becomes secret, which in turn invites the repressive Police State’s surveillance program. The regime keeps watch on what its oppressed citizens say and communicate, and keeps track of their associates and movements.

Repressive state surveillance can be overt and covert or both but can be targeted or massive. It can be carried out by a civilian network like our village Local Councils (L.C) and Crime Preventers. It can be by the regime’s agencies – the Police and secret services, Uganda Communications Commission (UCC) and National Identification Registration Authority (NIRA) or by commercial corporations like mobile phone companies. Both UCC and NIRA are an extension of Museveni’s regime intelligence network.

The other day Dr. Besigye discovered a surveillance device that the regime had fixed in his car.
Mass surveillance also known as “passive” or “undirected” gathers information and images for possible future use. Use of CCTV and databases like it is the case in the ongoing scheme to fix CCTV cameras in all urban centres and the re-registration of SIM cards and the national ID is a classic example of mass surveillance.

Under Museveni’s Uganda, it is designed to monitor and suppress political dissent. Ill-motivated mass surveillance scheme leads to a situation of an Electronic Police State whereby the repressive regime uses electronic technologies to record, collect, store, organize, analyse, search, and distribute information about its citizens.

Uganda is heading for massive government surveillance of landline and cellular telephone traffic, mail, Emails, Web surfing, internet searches, radio and other forms of electronic communication as well as widespread use of video surveillance.

The Museveni regime has upgraded its electronic surveillance technology – thus it is trying to match it with the citizens’ database information through rigorous re-registration exercise of SIM cards and National ID.

The repressive regime will deliberately make its citizens know that it runs a mass surveillance program so that it instills fear and suspicion and the consequential self censorship while its powerful coercive Police Force takes center stage.

The Museveni regime already has in place the necessary infrastructure to facilitate the development of a Police State/Surveillance State/Electronic Police State. The Ministry of Information Communication techinologies (ICT), The Interception of Communications Act, The National Identification and Registration Agency (NIRA), The Public Order Management Act (POMA), The Uganda Communication Commission (UCC), Registration of Persons Act, a rubber stamp parliament, client phone companies, cadre Judges, regime Police, regime secret services, regime militias and others are the pillars of the program.

Through covert hacking, the regime will be able to collect, remove and add digital evidence to/from private devices of citizens without knowledge of owners. With such data, the regime will be able to disrupt, misdirect, discredit, foster internal dispute in the opposition or smear dirt on their activities especially the leaders.
INFORMATION IS POWER

One year earlier, Museveni launched war on social media that has culminated into this much hated tax. The recent mysterious murders in the country have helped the pursuit of this scheme. During the burial of Hon. Abiriga, the regime Secretary General, Lumumba accused social media of fueling hatred against Museveni and his regime. She went ahead to urge Museveni to ban Facebook citing China and Sudan where it is banned.

In response, Museveni warned of tough new laws his government was to formulate so as to control the “kelele” (noise) of “fools, idiots who are just on radio and social media”. Later, while addressing Parliament he said that “criminals use it to threaten violence and spread lies and cause panic”. In his childish so called Ten Point strategy to deal with insecurity, he promised to bring social media under tight control through ” other classified technical means”. Indeed, a tax has been imposed on social media and just a few days ago, security officers raided the MTN data centre and kidnapped and held hostage its IT experts before forcefully disconnecting four servers.

MTN is reported to have appealed to the Minister of Security and ISO chief with information to the CMI and IGP. Owing to the fact that South African owned MTN is the biggest telecommunications company in Uganda, such a raid could only take place with approval of Museveni. When it comes to holding onto power, investor protection does not matter. Moreover, the regime is trying to revive its own UTL and has already floated the idea of compelling every citizen to have a UTL SIM card so as to ease its electronic surveillance. Therefore, owing to the high regime survival stakes involved, imposing this tax, it is here to stay.

INFORMATION IS POWER AND THE PROBLEM OF UGANDA IS MUSEVENSM.

« NTVUganda has added TALK OF THE NATION: The challenges of freight forwarding amid change video (Previous News)
(Next News) Iranian tanker to leave Gibraltar soon despite US pressure »