UGANDA: President Yoweri Museveni tests the limits of his dictatorship 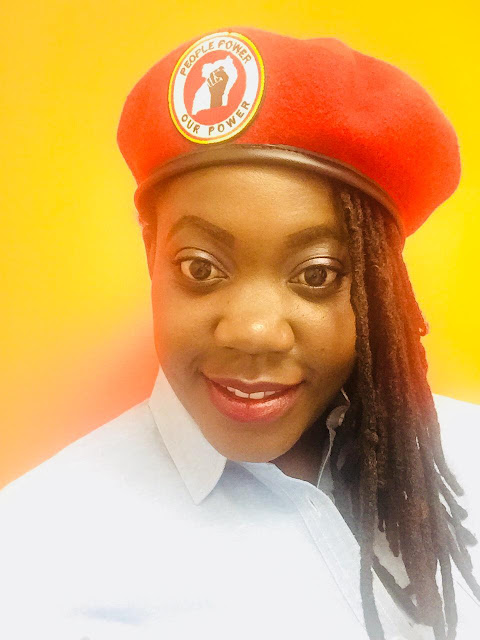 Museveni tested the international community over the years by killing Ugandans in kasese, abuses on human rights in Northern Uganda, killing of opposition government officials in broad day light and the attack on Bobi Wine in Arua.
He tested Ugandans by killing one of their own, the murder of Muhammad Kirumira. He now realizes he has wings, he is kidnapping and killing People Power supporters at will. He elevated general Peter Elweru In preparation for the final assault if need be.
General Peter Elweru is responsible for the murders in Kasese so elevating him at a time when the world is looking at Uganda shows that Museveni has real big kahuna ⚾ ⚽ 🏀.
Museveni noticed the international community only gets excited but outside of that excitement there’s no real action that can stop dictatorship in Uganda without abundant oil and abundant natural resources. We have resources but they are being given on a silver platter so they don’t have to beg for it in Uganda. They can just take it so the east and west still needs Museveni to continue looking after his cows #Ugandans so they can continue to divide, take, exploit and oppress the oppressed Ugandan.
Ugandans, please do not be mislead. It is going to take Ugandans to free Uganda. If Museveni killed 3,000 Ugandans on the streets of Kampala tomorrow, do not be surprised if the international community does not cover the story.
As I write this right now, my friend Turay is battling with the government in Sierra Leone. Last week opposition officials in Sierra Leone were under siege in the capital and afraid for their lives. One would think that after years of fighting in Sierra Leone, which was due to greedy western forces, the west would intervene and stop this war. Unfortunately, it’s not to their benefit.
Ugandans, please pay close attention to what’s taking place in Sudan.  You are watching the events that will take down the dictatorship of Uganda if we borrow a leaf from our Sudanese brothers and sisters.
To the elite class, we are the millennials. Since you have refused to guide us, we are speaking up.  We are rising up to fight for the freedom of our generation and a generation yet born. We are your children so if you do not educate us and fight with us, our misguided actions will lead to your death.
You must be mindful that WAR DOES NOT DISCRIMINATE. The elite class is derailing the path to freedom in Uganda and throughout the African continent. They refuse to fight because they are so rich they think they don’t have to help us. The elite are guarding their wealth. They think we are naive and lack direction but I say they are naive and lack a sense of direction. So if you are from the elite class, I want you to understand that you will personally be affected by everything that is taking place in Uganda today.
Museveni is loyal to no one. Please take a look at the recent and past activity in Sudan, Nigeria, Congo, Iran and Iraq.  WAR does not discriminate. To the elite class I’m telling you that your silence will be the death of you, in the end you will lose everything you tried to protect. Please empower us with the information we need to fight dictatorship. It’s now up to the activists that are part of the movement to support each other’s actions. We need to be inclusive of every Ugandan that is hungry for change.
There are darker days ahead and you should take a close look at the person next to you and reconsider your strategy. Opposition must stop giving out beds and soap and arm the people with information to prepare them for the change that is inevitably coming.
If you ask me,  I will tell you point blank to believe that women are a big part of the solution.  Women should not wait to be called to the front-lines. We the women are managers of creation and we can bring order to this fight if opposition will prioritise the power of the woman. Have you exhausted every available option and every possible solution? What is the power of one? The reader holds the key and one of the solutions to rid Uganda of dictatorship.

I work with other Ugandans who are committed to see change in Uganda.


Who is Martha Leah Nangalama?

Who is Nathan Span?

FOR GOD AND MY COUNTRY – Patricia Namyalo