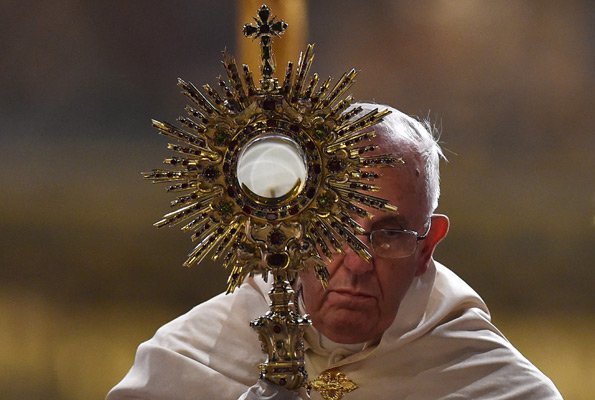 Kampala (DAILY MONITOR) – The Uganda Episcopal conference yesterday announced that Pope Francis will not attend the July conference of African bishops he had been invited to bless in person.

Msgr John Baptist Kauta, the Uganda Episcopal Conference secretary general, noted in a statement that they had received communication from the Office of the President that the pontiff will not attend the symposium where 400 bishops in Africa and Madagascar are expected to converge in Kampala

The Uganda Episcopal Conference last year, on behalf of the Symposium of Episcopal Conference of Africa and Madagascar (SECAM), requested President Museveni, in line with protocol, to invite the leader of the Catholic Church who also heads the Vatican State.
Secam was inaugurated in Uganda by Pope Paul VI in July 1969, which was also a first visit by a Pope to Africa in modern times, and serves as a forum for Catholic bishops to liaise and speak with one voice on church matters on the continent.

Preparations for the golden celebration of the founding of the continental grouping began last year, and will climax in July this year. Organisers had hoped that Pope Francis, who last visited Uganda in November 2015, would preside over the grand event of the conference inaugurated by also a pope.
Other activities of the anniversary will, however, continue as earlier scheduled at Lubaga Cathedral on July 23 and a closing mass on July 28 at Uganda Martyrs Catholic shrine in Namugongo in Wakiso District.

The theme of the golden celebration is, “Church, family of God in Africa, celebrate your jubilee. Proclaim, meet and welcome Christ your saviour.”
Secam is a fruit of the efforts of African bishops, who during the second Vatican council (1962-1965) resolved to build a continental structure in order to unite the church in Africa and promote collaboration in pastoral ministry, according to information on its website. The association was officially launched on July 29, 1969 at Lubaga Cathedral in Kampala.

Did you find apk for android? You can find new Free Android Games and apps.
Sharing is caring:
religion, UGANDA Religion, Uganda Comments Off on UGANDA: Pope declines Museveni’s invitation for second visit Print this News