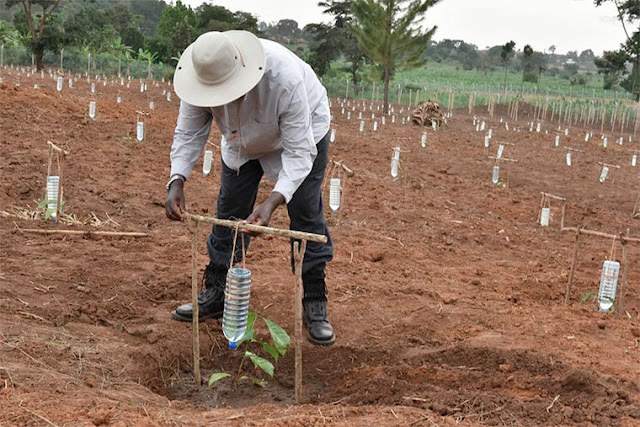 Uganda plans to invest as much as 3 trillion shillings ($813 million) during the next decade through a state-owned investment company to unlock industrial investment in areas that currently attract the least private-sector interest.

Uganda Development Corp. is already in agricultural manufacturing and wants to venture into services and mineral processing, Chief Executive Officer Patrick Birungi said Tuesday in an interview in the capital, Kampala. In addition to a hotel, a fruit processor and a stake in a planned sugar miller, the company will build more plants for cereals, cocoa and cassava.

The state may raise at least a third of the planned cost and the agency will mobilize the rest from the private sector, multilateral lenders and its own funds, he said. The government has committed to increasing the company’s capitalization to 500 billion shillings in five years, from 70 billion shillings, to boost investment, he said.

UDC will be done with feasibility studies and exploration for clinker in the northeastern Karamoja region by the end of 2019 and plans to start raising funds for the project thereafter, Birungi said. The nation imports as much as 70% of its requirements of the cement-making ingredient from Kenya, India and China, he said.

Exploration for salt and associated chemicals is ongoing in Lake Katwe near the border with the Democratic Republic of Congo, and UDC plans to undertake glass-sheet manufacturing and invest in the iron and steel industry, he said. Uganda has 300 million tons of iron ore and estimates that reserves could potentially triple that amount, according the Energy and Mineral Development Ministry.

Did you find apk for android? You can find new Free Android Games and apps.
Sharing is caring:
business, UGANDA Uganda, Business Comments Off on Uganda Plans $813 Million Industrial Investment in Next Decade Print this News