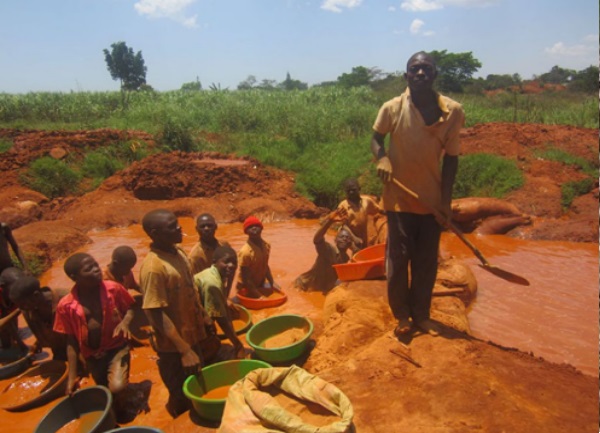 KAMPALA (Reuters) — Uganda has contracted a South African company to conduct a mineral survey and mapping exercise in a northeast region that may hold substantial deposits of gold, copper and other lucrative minerals.

Karamoja, a sprawling and parched area on the border with Kenya, missed out on earlier surveys because of security concerns caused by clashes between armed rival cattle-rustling tribes.

Calm returned a decade ago after a disarmament exercise by the government. The region accounts for around 20% of Uganda’s entire landmass.

Hanns Kyazze, communications consultant at the ministry of energy and mineral development, told Reuters the airborne geological survey by the firm, Xcalibur Airborne Geophysics, will take between six months and one year to be completed.

“The survey will help confirm the various minerals that exist in the area, location of those minerals and estimated size of deposits among other data,” Kyazze said.

He said the cont sract, worth around 20 million euros, was awarded recently but did not give further details.

Artisanal mining, mainly of gold, has been growing in the area. Local media outlets have carried reports of widespread land grabbing by firms and individuals eyeing the area’s mineral riches.

The government of President Yoweri Museveni is eager to boost investment in its minerals sector to ramp up output. In recent years it has attracted foreign interest in exploration for a range of minerals including cobalt, copper and iron.

Exports of gold have surged over the past three years, helped by the establishment of one large refinery and three smaller ones.

Gold shipments topped $1 billion in the year to June, up from $343.3 million the previous year, according to central bank data.