S.160 of the Magistrates Court Act (MCA) stipulates that;

“In criminal cases, a Magistrate may promote reconciliation, and encourage and facilitate the settlement in an amicable way of proceedings for ASSAULT, or for ANY OTHER OFFENCE OF A PERSONAL OR PRIVATE NATURE NOT AMOUNTING TO A FELONY AND NOT AGGRAVATED IN DEGREE, in terms of payment of compensation or other terms approved by the court, and may, there upon order the proceedings to be stayed.”

The above provision applies to minor offences of a personal nature like assaulting (beating) some one without causing any serious injury or simple theft of an item, thus misdemeanors. It does not apply in serious offences and more serious ones commonly referred to as capital offence.

On 13th December 2017 in Kampala, Bryan White shot and seriously injured his neighbour, Victor Bitwiire shattering Victor’s shoulder outside his residence. White rushed the victim to the hospital from where he was arrested by the police. He was detained at Kabalagala Police Station and the gun that he used was recovered from his residence. He denied having shot Victor Bitwiire saying that he had only helped a man he found lying in the trench near his home.

According to the Kampala Metropolitan Police (KMP) commander, Frank Mwesigwa, the recovered gun was neither marked nor registered with any security agencies in Uganda. He suspected that it may have been smuggled into the country. He went ahead to disclose that the police had “arrested the person they suspected to have helped him to get the gun so that we know the source.” Shortly after the police arrested two of its own police officers from Kabalagala Police Station who had been official bodyguards to Bryan White. The incident prompted the IGP to order for an audit of all police firearms starting with pistols. He further ordered for development of a computerised register for all firearms. Bryan White was transferred to the Nalufenya high profile detention facility.

Around late December 2017 Bryan White and his police bodyguard Cpl Thomas Okoth who is attached to the Crime Intelligence Division were charged with attempted murder of Victor Bitwiire. They denied the charges and were remanded to Prison. Around early January 2018 Bryan White and Cpl Thomas Okoth were granted a cash bail of 10m shillings each. Each of their sureties were conditioned to a non-cash bond of 20m shillings each. Bryan White was further ordered to deposit his passport in court and not to travel outside the country until the matter was disposed of.

On 2nd March 2018 the Resident State Attorney at Makindye, Happiness Ainebyona informed court that the matter was headed for reconciliation. She further disclosed that “the police Investigations Officer had taken the file for purposes of facilitating an out of court negotiation between the parties and all they need is sometime to see if these talks yield fruits.” The matter was adjourned to 9th April 2018.

On 9th April 2018, the Resident State Attorney Happiness Ainebyona informed the trial court presided over by His Worship Kakooza that “the case file had been forwarded to the DPP for further guidance since the two parties had reconciled.” She further disclosed that “the state intends to withdraw the charges as soon as the case file is brought back from the DPD’s office.” The matter was adjourned to 24th April 2018 for the DPP to give a final decision.

In a related earlier development, on 24th October 2017 outside Bryan White’s same residence in Kampala, he shot and injured Ivan Bogere who was returning from a night club. Bryan White claimed he was a thief and refused to rush him to the hospital. It was the yelling by Bogere that attracted people from the neighborhood who called the police that took him and dumped him in Mulago hospital where he is admitted todate. A case of attempted murder was reported at Katwe police station but the police was bribed by Bryan White not to follow-up the matter. Bogere is now suing for damages in the High Court but unfortunately his Lawyer Ladislaus Rwakafuzi has also been blinded by Bryan White’s money. Instead of helping his helpless client to pursue the criminal matter of attempted murder first so that it will act as evidence in the civil action for compensation, he is just exploiting him.

Bryan White is a strong regime tool used for neutralizing the influence of M.P Bobi Wine among the youth. He has a licence to commit any crime including murder and get away with it. However, out-of-court settlement in serious criminal offences is a new phenomenon. We have been witnessing Museveni blocking investigations or indirectly ordering the DPP to discontinue criminal proceedings, in some cases influencing court decisions and reversing court decisions through kidnap of freed suspects. If allowed to take root, it is setting a very dangerous precedent.

In criminal law, punishment is meant to disable, deter and discourage the accused and other potential offenders from committing further offences. If the police had property handled the attempted murder case of Ivan Bogere in October 2017, the second similar incident of December 2017 wouldn’t have arisen. Similarly, if the Chief Magistrates Court illegally exonerates him in the instant case, Ugandans should have more reason to worry. It will be like giving him a licence to shoot and maim or kill and then pay compensation.

Bryan White’s cash offers are too attractive to resist. Where is ULS, JSC, IGG, Inspectorate of Courts, Human Rights defenders???? 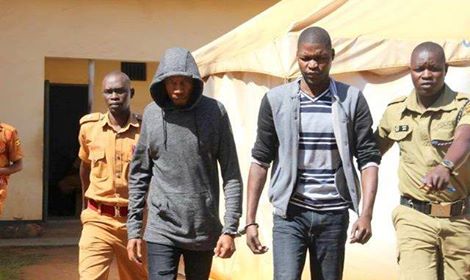 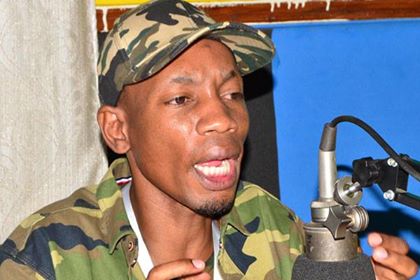