UGANDA: Opposition must not personalize their parties – @HeBobiWine @MugishaMuntu @SejuDav 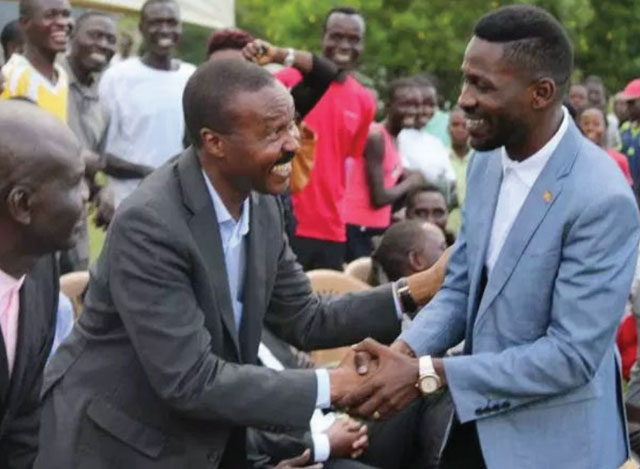 One of my long time friends, SPAN posted something on his Facebook page that we ought to pay attention to.

He does not mention ANT. My suspicion is like me, SPAN knows that Gen. Mugisha Muntu has not personalized ANT and never will. Muntu is also not a mole. Has never been and will never be.

MLN
PS: I am not paid by any political party.

PEOPLE POWER SHOULD NOT RESEMBLE NRM

People power crusade that has taken the wave in Uganda, living NRM in durst must have a plan and strategy not to resemble a one man party NRM under one man dictator Museveni, since its inception. My concern is that in absence of Hon. Kyagulanyi, it seems that people power is lost in the mist. Mrs Kyagulanyi should step up and be Winn Mandela where her husband is not president. Winn Byanyima never stood behind her husband and you saw what happened to FDC and Dr. Besigye.

Museveni used this strategy against Dr. Besigye by going after FDC main supporters and after a while people started getting used to such arrests and in the end FDC lost its fire in the berry.

If a member of people power is arrested or kidnapped, we should use the same method as used on social medias, where people rushed to social media to denounce dictator Museveni for arresting Bajjo, which forced Museveni to restrain his torture squad from torturing Bajjo as badly as he would have done if Bajjo’s arrest was not on social media including fake number plates of a vehicle in which Bajjo was whisked away.

By doing so, dictator Museveni had no choice but not to physically torture Bajjo. Mr. Bajjo may have been tortured mentally or even injected with poison but Museveni made sure that Bajjo would not appear on cameras all swollen up like they did to Hon. Kyagulanyi in Arua.
If a member of people power is arrested people should go to CPS, not in groups because the dictator will not allow this but walk alone or with a friend to CPS and by the time the dictator realizes what is happening, it will almost be impossible to violently disperse them.
People Power should be proactive with or without Hon. Kyagulanyi’s presence.

The best is yet to come