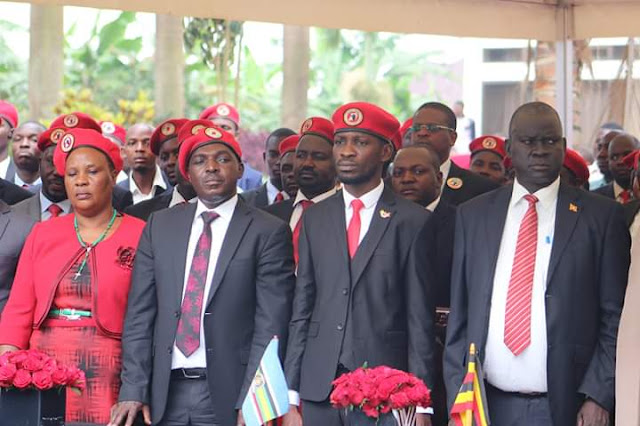 Bobi Wine was first blocked from holding a meeting in Kampala hotels on Wednesday before he relocated to his Magere home in Kasangati, Wakiso district.

“Earlier today, the leadership of people power announced their roadmap to 2021. The Alliance would like to congratulate Hon Kyagulanyi and the entire team upon this step,” Muntu wrote in a congratulatory message.

He added: “As we have always pledged, the alliance recommit to working with people power along with all other like-minded people and groups to bring about the democratic, social and political changes our country so desperately needs.”

In response, Bobi Wine thanked Muntu saying: “Always humbled to see you, and indeed the entire leadership of ANT, put #CountryBeforeSelf – not just in words but in action too.”

He added: “May your example continue to inspire all forces of change to subject all other interests to national interest.”

In another message, Besigye and his People’s Government congratulated People Power for taking an important step towards being structured.

“We particularity commend the people power Principal Hon Robert Kyagulanyi Sentamu for putting together that a team that we hope can focus on fighting for freedom, human rights and democracy culminating in our common objective of achieving a transition to a democratic Uganda,” Besigye wrote.

He added: “It’s our sincere hope that this milestone towards forming a structured team will enhance and quicken our efforts, as forces of change to form a common and formidable front to liberate our country of the more than 33 years of the NRM/M7 junta.”

At the Magere meeting, Bobi Wine said he was ready to challenge President Museveni in 2021 general elections.

Responding to Besigye, Bobi Wine said: “Thank you very much Dr. @kizzabesigye1. As I said in my speech today, few people have inspired our nation to fight for democracy, peace, justice and human rights like you have. We look forward to building more synergies as we confront the common enemy together. Aluta continua!” 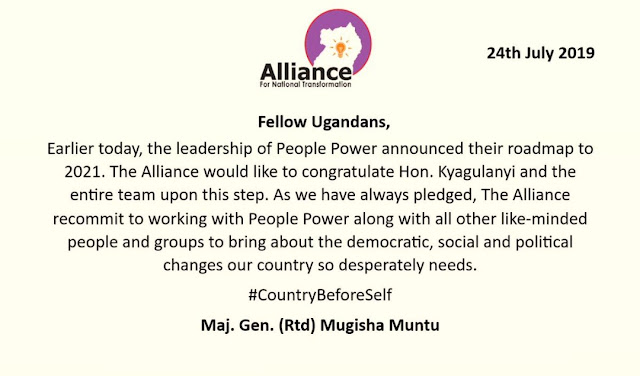 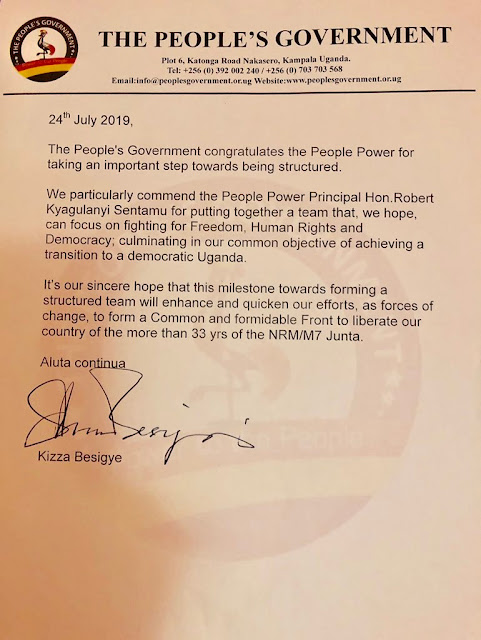