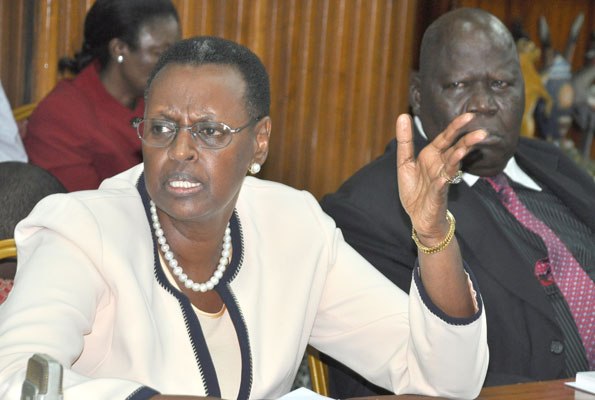 The other day you were in media saying that Uganda unemployed youth are lazy. I have often agreed with you on some things and I thank you for championing for education.

You are on record for saying Karamoja kids begging on the streets of Kampala ashame Uganda.

You said that while still Minister of Karamoja.

You are on record for saying that Karamoga wastes resources.  You were still mnister of Karamoja.

There have been rumours of you dropping out in S2 and you are now Minister of Education.  Everything you say is based on your qualifications.  Do you remember when you shut down Makerere University for 2.5mths.  No one questioned you.  It only takes a hater of education to close down one of the most important universities on the African continent.

Previous to the above, you had issued directives like parents who do not have food must buy food flasks. You were not even done, you told parents to buy cars so that they no longer put their kids on bodas. Thank you.

Yesterday, I looked at what was transpiring in Uganda media. You said LAZY. Do you know that you and your husband have destroyed education to the point where our kids get degrees but cannot neither read nor write.  With university degrees.

We can return these kids to their parents in the villages to go into Farming.  Except that your husband an regime are mass #LandGrabbing and evicting families weekly off their land so our kids are being sold to Arabs and this seems to be okay with you. Mother to Mother, please think about these other kids.

Your utterances in media are spiteful. You usually sound like Marie Antionette.  I hope you know how Marie turned out with “If you do not have bread, eat cake”.

The last days of dictators before downfall are marked by isolation. #Museveni is going down 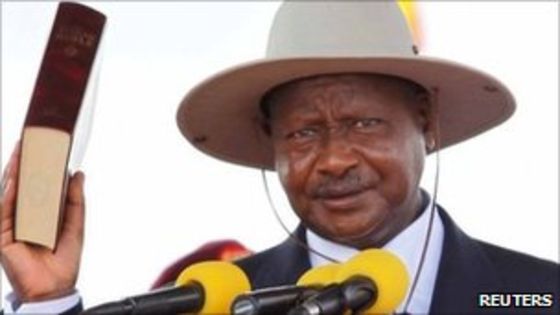 Museveni is now isolated. He prides himself on knowing history. He learned nothing.

Museveni should know what happened to Mobutu, Sadam Hussein, Gadafi and what awaits him.

When the president of one of the most ruthless dictator regimes insults donors and calls them stupid, there is a price to be paid.

When one of the biggest war mongers and ruthless murderers calls ICC useless, his days are numbered.

When Museveni goes live on camera and tells the world he will wipe out all opposition, his days are numbered.

When Museveni releases murderers and incarcerates opposition members, he is heading down.

When Museveni the people who sacrificed a lot for him to get into power, he lays his bed.

When Museveni tells civil servants and people in uniform to go raise pigs and goats and not expect to be paid, he sets a death trap.

When Museveni threatened Ugandans that if they did not vote for him, there would be bloodshed, he demanded that we all vote for him.

Failing in the elections, he threatened and bribed then swamped Kampala with mercenaries and had military coup to hold onto power, the world was watching.

When Museveni appointed an underwear thief to be the spokesman for government, he told the world that he is a thief and prefers to promote thieves.

Perhaps his biggest blunder this year was incacerasting Dr. #Besigye.

He is yet to explain to the world how 67 opposition youth turned up dead on the beaches of Lake Victoria. He also has to explain why his Musigs chics told the world “we shall shoot you dead if you demonstrate against election results”.

OR, we will punish media houses if they portray parliament negatively.

OR even, opposition will never win an election till after 2056.

Perhaps even worse is him to yet explain why Musisi kicked vendors off the streets of Kampala and killed Baby Ryan.

Then we have the issue of schools being demolished to make way for “Investors”.

We also have his speech welcoming Netanyahu and praising Palestine.

Enough for today except if you want to see how he praised Kayihura for beating up opposition.

He obviously is a poor history students. Revolutions start with impoverished masses.

Martha Leah Nangalama
Moncton, Canada.
My opinions do not reflect opinions of anyone I am affiliated with.

« UGANDA: Second person dies of Ebola in Kasese as cases rise to 10 (Previous News)
(Next News) CANADA should not send any money to Uganda for ebola or Bududa landslides »