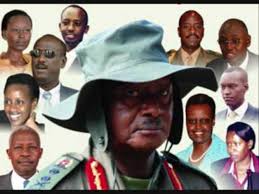 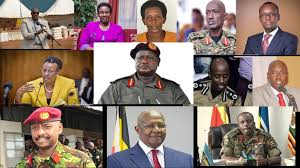 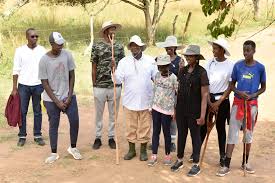 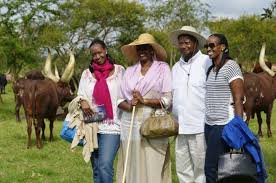 “The other wrong maligning is trying to cast the NRM as a system monopolized by people from western Uganda. The leaders of all those commissions mentioned above are all very qualified people in their fields.  If they recruit only Banyankole, these Banyankole must be exceptionally gifted. Here in the Presidency, I am quite comfortable without many Banyankore or indeed, any Munyankore around.  I am quite comfortable without any big Munyankore in the vicinity. Do not tell us about those cheap things of tribes and religious sectarianism.”, said Museveni.

One of the few people who fully knew and understood Museveni is the Late Mzee Boniface Byanyima.  He had taught Museveni in secondary school.  In his youth days, Museveni stayed at Byanyyima’s home.  Byanyima picked Museveni’s mother from the streets of Mbarara town and took care of her during the time Museveni was engaged in his Bush War.  He rejected Museveni’s proposal to marry one of his daughters.

In December 2005 Mzee Boniface Byanyima gave his piece of mind in an exclusive special interview with The Observer newspaper.  Here below we reproduce excerpts of the said interview with regard to Museveni’s sectarianism:

“…… I told him I had now confirmed that he was not a leader.  He couldn’t lead Uganda because he was a nepotistic, treacherous and not a person to trust.

“………..it occurred on all the ranches, from Mbarara to Burulinin central Uganda, which the government grabbed to settle the Bahima.   I wouldn’t describe him as a nationalist because a nationalist works for the benefit of the nation as a whole but Museveni is a selfish person, he is looking for the promotion of his own clan and family.  He is not a straight kind of person.  But unlike Idi Amin, Museveni is putting his family against the wishes of Ugandans.  He is too selfish.  His army is not disciplined.  His army is politicized.  I think it is even worse than Obote’s because if you study the cause of the northern war, I think it is indiscipline in the army that caused that.  Museveni’s soldiers went up to the North and continued to hit these people, to kill them.

“So I don’t see anything good he had done.  If anything, he has caused tribalism. These NRM members in parliament, don’t appear to be nationalists to me.  An M.P from Mbarara is being looked at as a Munyankole looter.  Whereas Obote was trying to unite the people of Uganda, I think Museveni has divided them.   I think people of Uganda now are more nepotistic than they were during the Obote regime. Museveni set up a system which he called the all-embracing Movement Government.  But it was so funny that these people from other parties who went there found that it was not all embracing.  They were elbowed outside and only the hardcore Museveni men inside.  But behind parliament, he had what is called a caucus consisted of members of one tribe, who steered government policies.  The rest of the MPs knew nothing.”

That was the situation15 years ago, and as if to concur with MZEE Byanyima, in a November 2015 television interview Museveni said;

Did you find apk for android? You can find new Free Android Games and apps.
Sharing is caring:
Uncategorised Comments Off on UGANDA: MZEE BYANYIMA (RIP) MUSEVENI’S SECTARIANISM Print this News