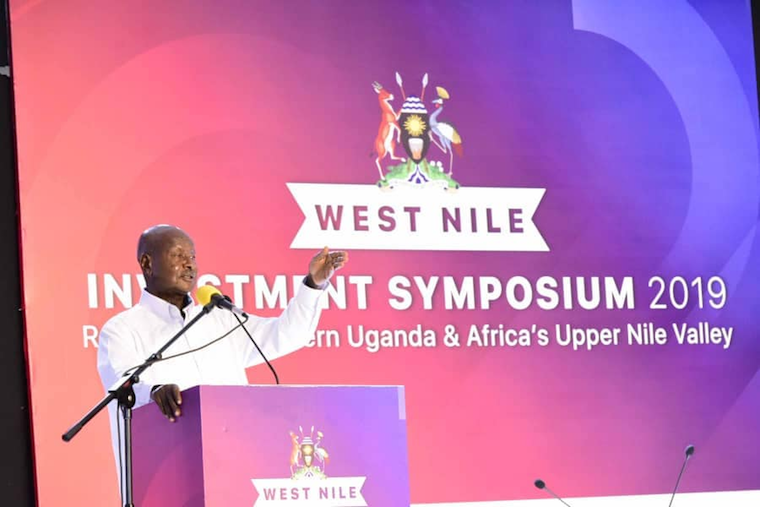 68% of Ugandans are poor because of sleeping – Museveni
By URN, THE OBSERVER

President Yoweri has lambasted Ugandans for failing to make use of their abundant land and available labour to create wealth for themselves and the country.

Museveni said the reason why 68 per cent of the Ugandan population is poor, is because they are living outside the money economy – producing and earning nothing.

Museveni who was closing a two-day West Nile Investment Symposium at Muni University in Arua district over the weekend said it a shame that Africans with all the land and labour is the poorest continent. Museveni said local leaders are to blame for the high poverty levels because they are nearer to the people yet fail to mobilise and guide them on what to do.

These leaders, Museveni said should be encouraging the local people to make money through commercial agriculture.

“In order to produce something you need four things; land which is a natural resource, labour which we have in plenty, capital money and entrepreneurship, the spectacles to see where the opportunity is and turn it into profit. You can’t have 68% of the homesteads (eating what they produce) and you think you’re an economist. You’re just a total failure. Infant mortality rate, how many children are dying when they are still young? Why are they dying? Because they have problems, mainly because of problems of having no money. What does it mean that 68% of the homesteads are outside the money economy? We have a few modern farmers who are part of the 32% and other entrepreneurs. Those will continue but let us wake up this 68%.” Museveni said.

Earlier, State Minister for Northern Uganda Grace Kwiyucwiny had told the meeting that poverty levels have remained high in areas of northern Uganda, despite efforts to encourage commercial production and value addition of agricultural produce.

Museveni also ordered that all people including investors and subsistence farmers encroaching on wetlands and forests should get out so as to minimize environmental destruction.

Museveni added that northern Uganda now has two out of the five things needed to get out poverty – peace and electricity. Museveni said very soon, the railway will also be revived to carry cargo and that Ugandans should exploit the good road network.

The president also launched the 5-year Northern Region Strategic Development Plan and called on the leaders and people to embrace practices that can attract investors and increase consumption.