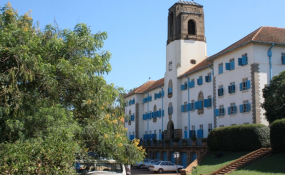 KAMPALA (THE OBSERVER) – Makerere University supreme governing body, the university council, has passed a resolution seeking to abolish government scholarships and replace them with loans for all university students.

“The university council already recognised the need for a diversified funding model and came up with various proposals for enhancing its revenue through, among others, establishment of Makerere Holdings Company, endowment fund etc,” council members responded.

The decision reiterates the recommendation by the Higher Education Students Financing Board (HESFB) to the education committee of parliament which recently recommended a policy shift on the financing of merit students at public universities and other tertiary institutions.

HESFB executive director Michael Wanyama told the committee that government would save substantial resources to fund the student loan scheme if it abolishes the merit sponsorship scheme.

“If only half of the fund is relocated to the students’ loans and implemented in phases, the already existing fund shall be utilised by more students when re-allocated. Alternatively, government could consider cost sharing/partial scholarships being awarded to merit students at all levels of higher education support and this is a worldwide practice,” said Wanyama.

Government sponsors 4,000 new students every year in the eight public universities including Makerere, Kyambogo, Mbarara, Busitema, MUBS, Kabale, Lira, Muni and Gulu. At least 64 go to persons with disabilities while districts take 896 are given out on the district quota system to cater for the best students in different districts.

These students are part of the approximately 87,102 students that are currently enrolled in the eight public universities and one degree awarding institution, Uganda Management Institute.

It is followed by Kyambogo with 2,456 students, Makerere University Business School (MUBS) with 1,172, Busitema with 684, Mbarara with 640, Muni with 256, Kabale with 96 and Lira with 84 students under the government scholarship.