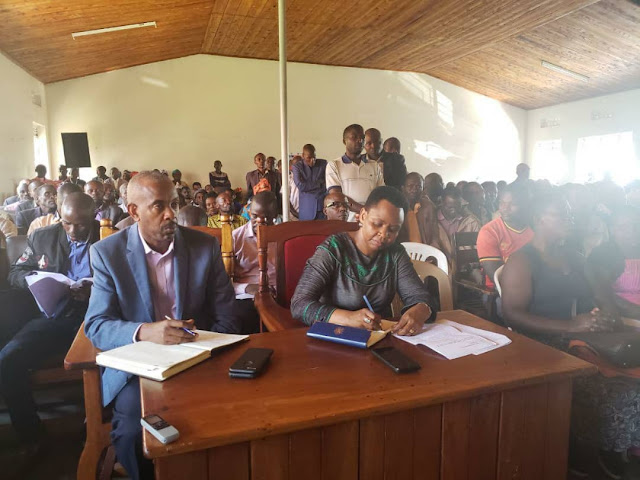 There was drama on Tuesday when Lt Col Edith Nakalema ordered a council arrested for making noise during a meeting at Kisoro district.

The Anti – corruption Unit of State House head was in South Western Uganda to unearth facts behind a Shs7.3bn fraud at the district.

While investigating tea growing corruption allegations at the district Council Hall, Nakalema dived into an agreement signed by the district Chairman Abel Bizimana and the late Chief administrative officer Mr.Tibugyenda Wilson in July 2016, basically giving away the tea processing process including the Nyakabande tea Factory, its structures and business to the Highland tea of Business Mogul Mr.Garuga.

According to the agreement, Kigezi Highland tea Limited as lead agent was to take 30% of all monies paid for seedlings in return for their services.

After district Councilors led by Judith Bagaragaza presented to Nakalema the Copy of the agreement, she tasked the former district LCV Chairperson Mr. Bazanye Milton to explain.

The councilor is reportedly known for turning the council meetings rowdy with his unbecoming behavior.

He picked a wrong day and a wrong person this time round.

An irked Nakalema did not waste any time.

She ordered him arrested immediately.

She ordered him taken to Kampala to answer for his behavior and particularly why he disrupted the presentation.