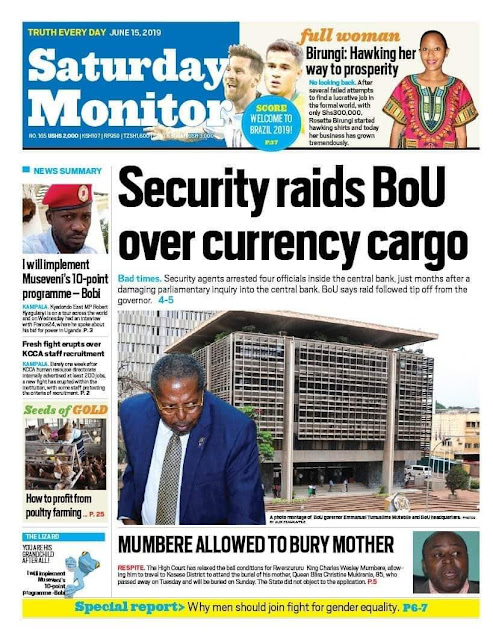 We recently learned that your next court appearance is October.

I think Matako does not know that jailing you and you teach the prisoners is a bad idea. But /she has embaliga in the head.

We miss you profoundly. Thank you for standing up for truth.

I am unsure if you get cable TV in Luzira maximum prison so let me update you.

1. BoU officers arrested and a pile of some others. Over UGX 90bln over print. Do not read their conflicting statements imagine even implicating UN and USAID. Oba who grew them!

2. Security organs, their officers are robbing and shooting dead people when they rob.

3. Aidah Nantaba has not resigned yet.

4. A fuel truck over turned in Lira right by the police station. It exploded into fire. All the prisoners were set free. Question, why not Luzira?

5. Prof. Kanyeihamba is suing 2 high profile psychiatrists for diagnosing him with dementia in 2017. He just finished his 19th book. Emitwe egyo.

6. Bosco gave medals to 4 updf officers who stopped Justice Bamugemeire from asking about grabbed land. She should resign.

8. Kampala is now a lake when it rains. This part has not changed since you last saw it.

Hang in there siss.