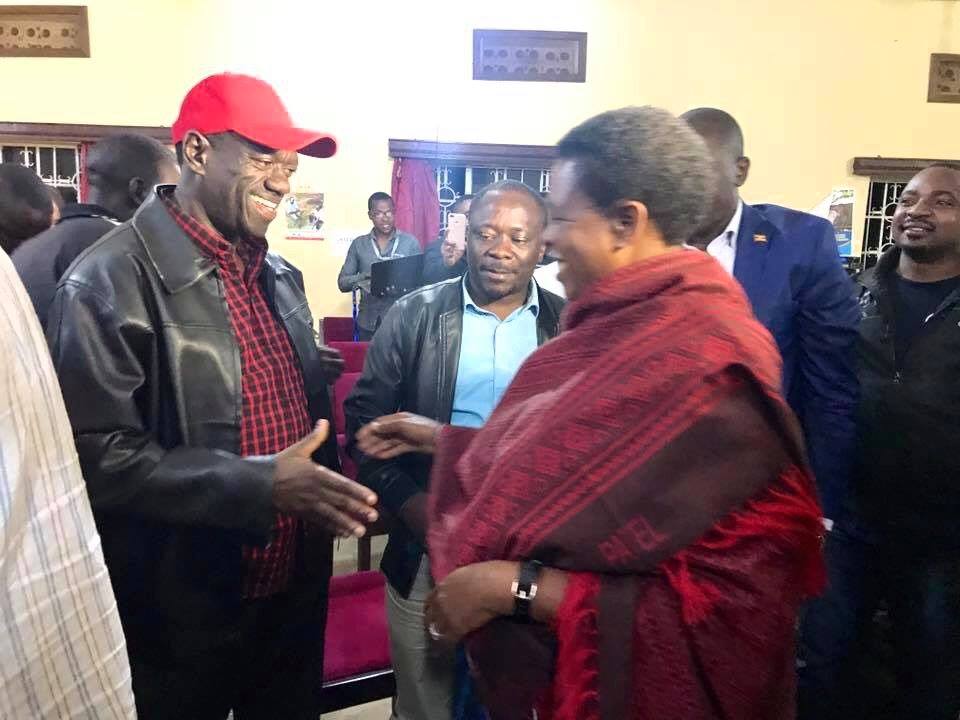 CHANGE OF GUARDS – The former Police Chief and Museveni’s top political aide, Cadre Gen. Kalekyezi had distinguished himself in orchestrating violence as a way of rigging elections against the opposition. He would unleash his ruthless policemen, regime militias dubbed Crime Preventers and coordinate other security agencies and regime functionaries in denying the opposition victory.

Museveni sacked Kalekyezi a few months ago over his alleged links with Rwanda and his network of terror machinery is being systematically dismantled. Museveni had been the beneficiary of Gen. Kalekyezi’s brutal police violence; you can’t have your cake and eat it. Since Gen. Kalekyezi’s sacking we have had two bi-elctions; in Jinja and Rukungiri where the opposition FDC has flatly trounced the regime.In the Jinja East constituency, Paul Mwiru trounced Igeme Nabeeta because of the opposition vigilance in the absence of serious police violence. Museveni had personally campaigned for the regime candidate and unleashed the usual agents of violence. After the humiliating defeat, Museveni is reported to have ordered the suspension of the Regional and District police commanders, Twishime and Mbabazi respectively. They were accused of “mismanagement of elections and siding with the opposition.

In Rukungiri, Museveni dished out 5.5bn shillings in cash, trucks, tractors, minibuses and motorcycles to a vastly assembled 110 local savings groups (SACCOS). He personally went on the ground to campaign for his regime candidate, Winfred Matsiko. Being an opposition stronghold and more so the home of the Peoples’ President, Dr. Besigye, Museveni intended to humiliate Besigye. This time round, Museveni sidelined the police and instead relied on the military as the lead agency in intimidation, voter bribery and election violence. He heavily deployed anti-riot hardware under the military police but the locals were not moved. The opposition maintained its vigilance and at the end of the polls he was flatly trounced.

Museveni has issued a statement lamenting that the humiliating loss was due to “the weaknesses on the side of the police and the NRM leaders”. He also complained about religious and ethnic divisions who may have played a role yet his Ten Point Program placed UNITY as number one. Unfortunately, for the last 40+ years he has been the patron of sectarianism in Uganda. You reap what you sow.

In both instances, courts of law had nullified the election of the now trounced regime candidates on grounds of voter bribery, intimidation and violence. Their defeat in a re-run confirms that in the absence of violence and intimidation, his regime can’t win anywhere other than in his home area of Kiruhura. It also confirms that during general elections, the opposition is overstretched in terms of vigilance. Without outright violence and intimidation, voter bribery is unsustainable.

In Rukungiri, it was a face off between Museveni and Dr. Besigye and the later has triumphed. Museveni must be regretting as to why he sacked Gen. Kalekyezi. 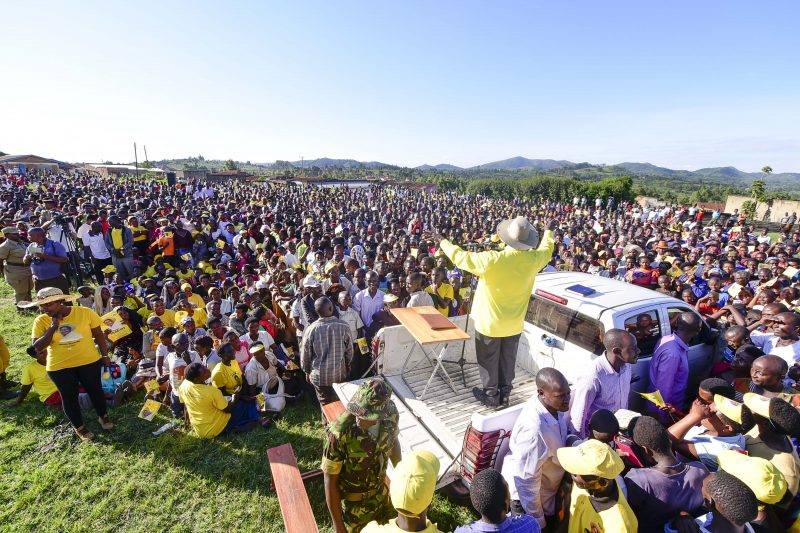 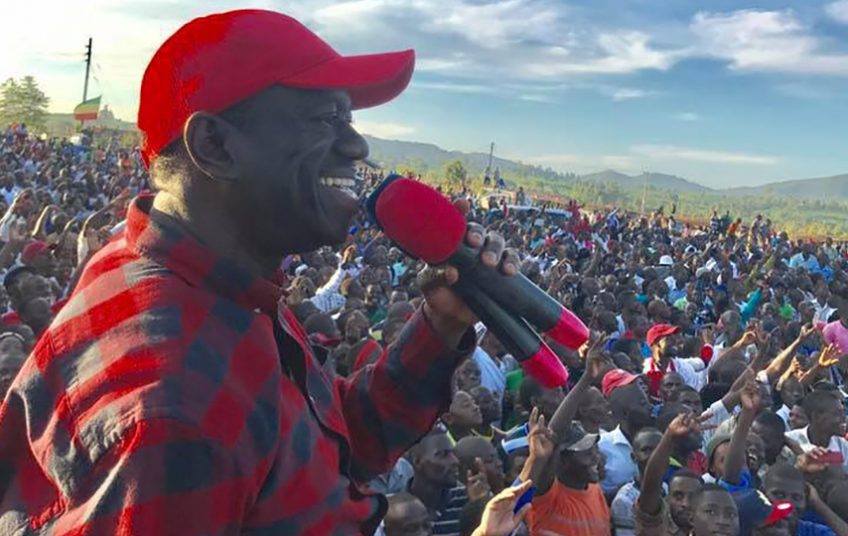 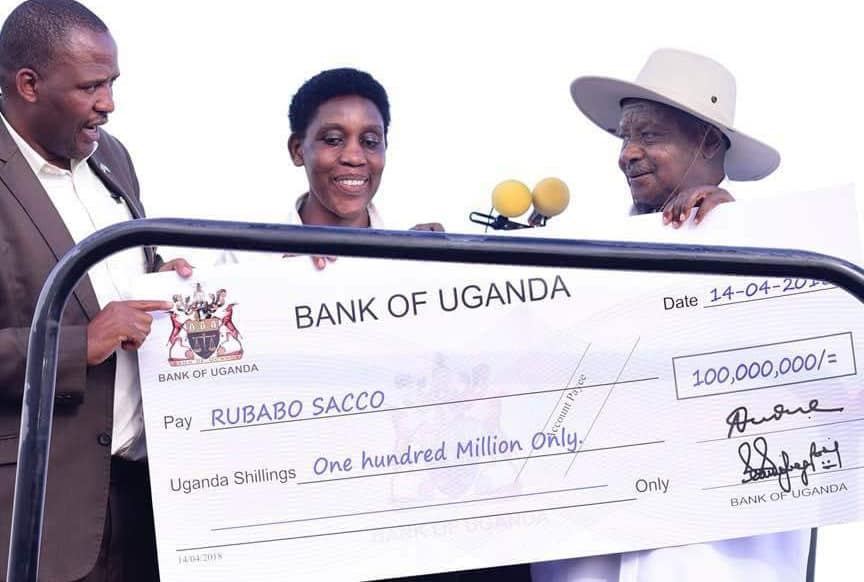 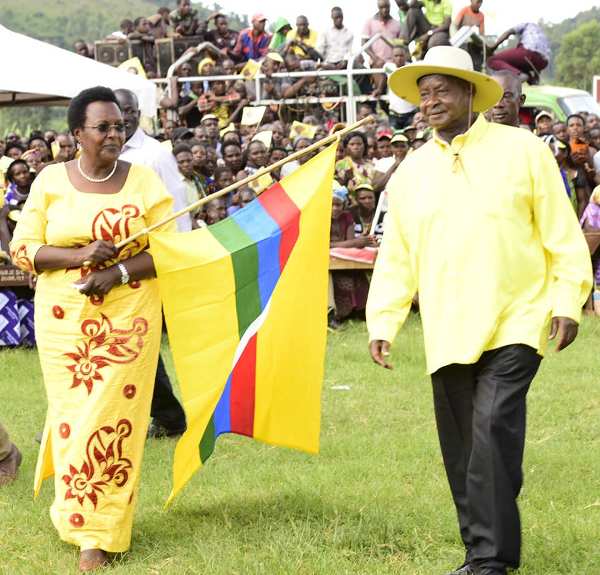 « UGANDA: 80 arrested over lack of toilets in SHITHOLE (Previous News)
(Next News) Wikipedia article of the day for June 2, 2018 »