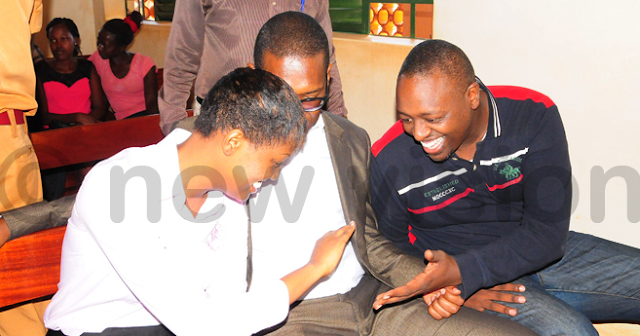 By CHIMPREPORTS
Matthew Kanyamunyu has told court that he will opt for the plea bargain mechanism where a suspect pleads guilty to an offence in place for a lenient sentence.

Kanyamunyu, who is on trial for the murder of Kenneth Akena, also told court through his lawyers of Tumusiime, Kabega and Company Advocates on Monday that he wants court to first halt the trial for him to complete the Acholi traditional reconciliation mechanism locally known as mato oput.

“The purpose of this letter is to request that our client (Kanyamunyu) is accepted into the Plea Bargaining programme once the process of mato-oput is concluded,” the letter read to the court on Monday reads in part.

“Therefore, we would be most obliged if this matter is removed from the cause-list of trials beginning October 20, before Justice Mubiru Stephen to allow for the completion of the mato oput and plea bargaining,” the lawyers further requested.

The judge adjourned the case to Tuesday, October 27 to give a ruling on whether to resume or postpone the trial until completion of the mato oput process.

Kanyamunyu and his girlfriend, Cynthia Munwangari, are charged with the killing of Kenneth Akena, a children rights activist, on November 12, 2016, near Malik Car Bond in Lugogo on Jinja Road in Kampala after the deceased allegedly knocked their car.

Did you find apk for android? You can find new Free Android Games and apps.
Sharing is caring:
crime, UGANDA Uganda, Crime Comments Off on UGANDA: Kanyamunyu to Plead Guilty to Akena Murder under Plea Bargain System Print this News