UGANDA: Issue of the Indian tribe 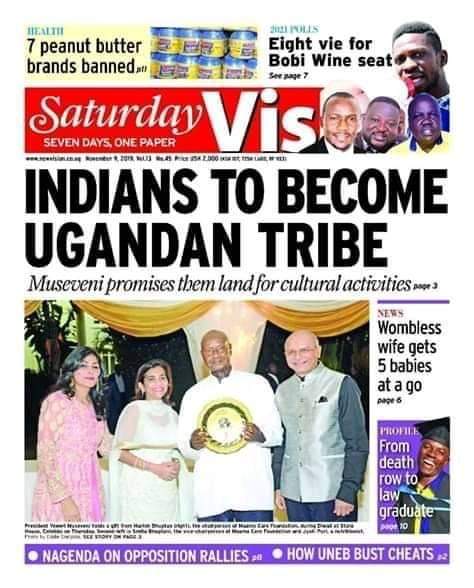 UGANDA, THE ISSUE OF THE INDIAN TRIBE.
The Ugandan press has been awash with the subject of Museveni granting the Indians a status of a tribe, Now someone help me out here understand what a tribe is and whether or not the Ugandan Indians can or cannot be a tribe, first of all bulkanising all Indians of different ethnic backgrounds as a tribe is both laughable and questionable. 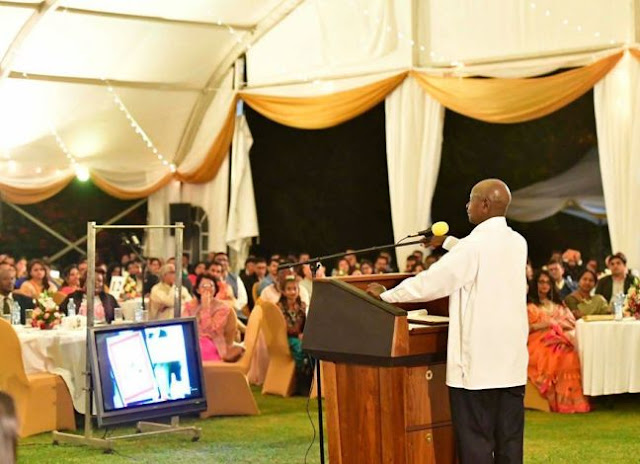 Maybe we should ask ourselves if for example the so many Chinese, Pakistani and other foreign nationals who have made Uganda their home should also demand a tribal status.
Where does Museveni get the authority and audacity to dilute the obvious if he has noble intentions?

The world over we have immigrants who have settled in other countries and have not demanded special status, for example if a Ugandan man or woman gains a British citizenship do they become British or Ugandan British? Furthermore would they demand to be recognized as a Ugandan or let alone be identified by their tribes say for example a Muganda or a Munyankore/Mukiga etc etc?

Legally the issue of an Indian tribe can be challenged in the courts of law because a person can not group all Indians of different origins Shikh,Punjabi etc etc into one tribe.
But again we must look at the timing and the intention of Museveni, we are all aware he wants funding for his party to cling on power and he is trying to hoodwink these gullible Indians by recognising them as a tribe and milk their monies for the forthcoming elections.

So who is next? A Chinese tribe or a Pakistani one?
Remember the thousands of Rwandese(Balalo) herdsmen who were expelled from Tanzania and without consulting any institution Museveni gave them blanket citizenship? The South Sudanese in Kiryandongo refugee settlement who were issued with National ID and voters cards? Do you all see where this is going? Did I mention the Eritreans deported from Israel and allowed in the country just like so?

This is Museveni for you, for an individual who has struggled with accepting his own identity he is so bent on dividing Ugandans and trying to create a dynasty of sorts for himself.
As a nation we have no problem with Ugandan Asians or Rwandese for that matter, but what we should question is why now and why are we being divided into tribal lines yet the world we live in demands a global village? Who benefits in Bugungu or Bulisa when the marauding herdsmen armed with AK 47 graze their animals in your gardens?

It is something sinister, we should not be divided and blindfolded by an individual who has refused to accept who he is and is creating who he believes he is.
Common sense tells us there is no tribe even in India called the Indian tribe, we accept all peace loving people, but recognition along tribal lines is a recipe for xenophobia and should be rejected.
Like I have always said, what do I know? Maybe nothing at all, and again maybe just a little something worth taking a look at.

FOR GOD AND MY COUNTRY