UGANDA: Ignore ADF’s Jamil Mukulu’s claims at your own peril 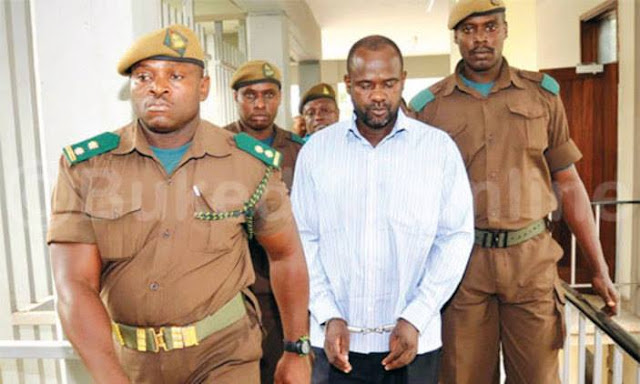 IGNORE JAMIL MUKULU’S CLAIMS AT YOUR OWN PERIL

“The government of Uganda sponsors ADF rebels but if it is a terror organisation, why do they support them with military logistics and finance? They (government) sponsor them every month and it is a fact.”

Jamil Mukulu shouting at the High Court two days ago.

CHANGE OF GUARDS – Jamil Mukulu was the alleged leader of the eastern Congo ADF rebel group. He was arrested from Tanzania a few years ago, extradited to Uganda and detained without trial. It is only this time that the regime is trying to conduct a sham trial just to argument its empty claim that the rampant mysterious murders and kidnappings in the country are masterminded by the ADF rebels.

Now, Jamil Mukulu has let the cat out of the bag. Any sensible person would wonder how the so called remnants of ADF derive the strength to attack and overwhelm the UN peacekeeping force comprised of Tanzanian soldiers based in eastern DRC! If the ADF has accumulated such strength, why not use it to attack at least a single soft spot inside Uganda; at least along the common border area owing to the proximity of its alleged bases inside Congo!!!!

For the doubting Thomases, have a look at this:
Around March 2008 Museveni’s security operatives stormed The Independent magazine offices in an effort to apprehend a fugitive, Lance Corporal Godfrey Masaba of UPDF, following a tip off. Owing to poor intelligence, the over 40 plain clothed security operatives and uniformed police instead grabbed the gate keeper, Herbert Labejja and bundled him into their waiting Land Cruiser. In the ensuing confusion Masaba managed to escape from the premises. After realising that the gate keeper was not their target, they identified themselves and embarked on searching the office for Godfrey Masaba to no avail.

Consequently, security operatives arrested and detained two workers of The Independent magazine, Dambyo Godrick and John Njoroge at the Uganda-Rwanda border on allegations that they were trying to smuggle the fugitive Godfrey Masaba to Rwanda. Eventually, Lance Corporal Godfrey Masaba managed to flee the country and lives in exile.

As evidenced from the attached photo where Masaba is seated in Museveni’s chair at the Kololo Parade Ground, he was a former UPDF soldier from the elite specialized unit that guards Museveni. Note that it is not every Tom and Dick in the SFC that comes near Muveni’s chair. He claimed to have belonged to a special task force under the SFC called 181 Unit comprised of most trusted soldiers attached to the northern Uganda bases 401 Brigade. That in June 2003 his 181 Unit was assembled to go and ambush the LRA rebels in Corner Kilak. After dealing a heavy blow on the so-called LRA rebels, Masaba realised that the victims were instead their own from 77 battalion whom he very well knew. That 77 Battalion was made up of mainly former LRA fighters who had been integrated into the UPDF.

That following their integration they had been sent to Congo to fight the ADF rebels. That upon return from Congo, they demanded for payment of their salary arrears for the period they had been away. That the ambush was not reported anywhere in the press but the Brigade Commander Nathan Mugisha was briefly taken to the court martial though not tried. That after the said ambush, his group was briefed by the 401 Brigade Commander Nathan Mugisha, Gen. Aronda, Gen. Kalekyezi, and the 181 Unit commander, a one Mushabe. They were instructed to stop shaving their hair and beards, were given combat trousers and civilian T-shirts and tasked to attack villages in northern Uganda while posing as LRA rebels. That they were promised many things in return including being deployed in Kampala.

That the goal of such attacks would be gather intelligence about local communities supporting the LRA rebels. That during the frequent visits that they made, a fluent Acholi speaking group member would tell the attacked local communities: “My Commander came here today and you gave us food, now we need more”. A woman member of the local community would reply in a shaky voice that she didn’t know what they were talking about; that she had nothing to offer. Commander Mushabe would order soldiers to ” work on her” – cutting lips, ears, or breasts, or even kill by shooting in the back.

That despite the one year tour of duty in northern Uganda, upon return to Kampala he was denied a good office, refused to hold a gun and offered a mean monthly salary of 190,000 shillings. That he felt betrayed when his colleagues were is prestigious offices under ISO, ESO and CMI and well paid. That around early 2007 he ran into a certain Moses, an Acholi speaking with whom they had been in 181 Unit and had been promoted to the rank of Warrant Officer Class Two (WOII). That Masaba vowed to reveal to the press the secrets of 181 Unit. That a month later, he got information from a friend in the army that “they are looking for you” and he decided to flee the country.

That in May 2007 he crossed to Southern Sudan using cargo trucks, took a motorcycle for a 12 hours journey to Obbo UNHCR office. That at Obbo he was interviewed by the CAR police who suspected him to be a spy before flying him to the capital Bangui. That in Bangui, the Minister of Defence who is the son of President Francois Bozize took him to meet the President who interrogated him over his intentions. That on 20th August 2007 he was put in a plane together with President Bozize and he thought he was being taken to Europe for resettlement. That instead he was flown to Uganda together with the president and his wife who were on a day’s state visit.

That upon landing at Entebbe Airport he was driven under heavy escort to State House where Museveni interrogated him over the rebel group he belonged to. That Museveni often argued that; “…..this boy is not acting alone” and wanted to know the soldiers in active service that Masaba was working with. That for the next one month he was tortured at the Muyenga Safe House until he escaped through the room. That unfortunately he was rearrested at Lwakhakha border post on the Uganda-Kenya border. That he was brought back to Kampala and detained at another Safe House in Ntinda.

That around the time of CHOGM when the guards were few, Masaba together with another captive from Rwanda overpowered the drunken guard before fleeing to freedom thus the raid on The Independent magazine offices. The then army Spokesman, Paddy Ankunda described Masaba as a deserter.

During the LRA insurgency, several voices pointed at atrocities by the Museveni army while some circles argued that the army had been directly fanning the war because the regime did not want the LRA insurgency to end. Branded “terrorists”, the entire blame was placed on the LRA. However, years later, as he attempted to blackmail Gen. Ssejusa, Museveni claimed he did not know that his army had been committing atrocities in northern Uganda before promising to bring to book whoever was implicated.

Some top regime officials including, Museveni himself, have confessed that during their Bush War (1981 – 1986) they would dress up like government soldiers and UPC functionaries and commit atrocities against civilians so as to tarnish the image of the government. In recent years, the country has witnessed masked armed goons raiding courts of law to reverse court decisions, kidnapping people, fanning violence etc in broad daylight. The regime has owned up to these goons. Just most recently, a group of goons publicly confessed in the presence of the police chief that they work with the police to terorise people in a new wave of violence dubbed ‘Panga Men”. Such incidents not only corroborate but give credence to Mukulu’s claims. 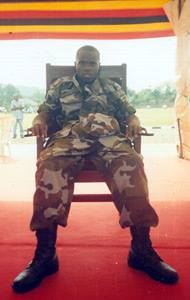 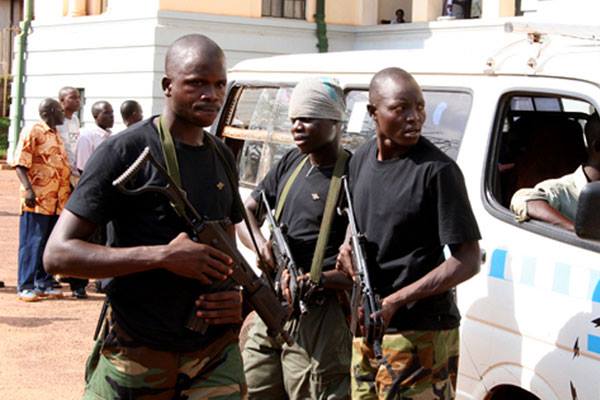 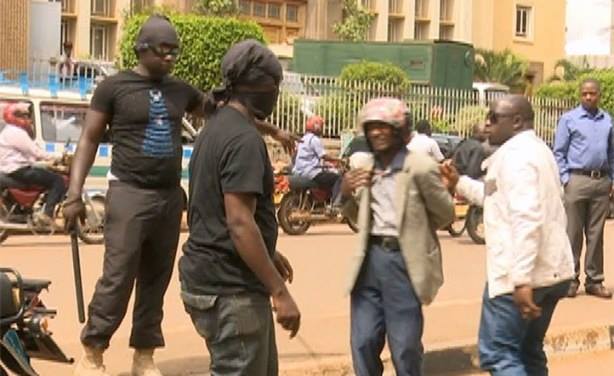 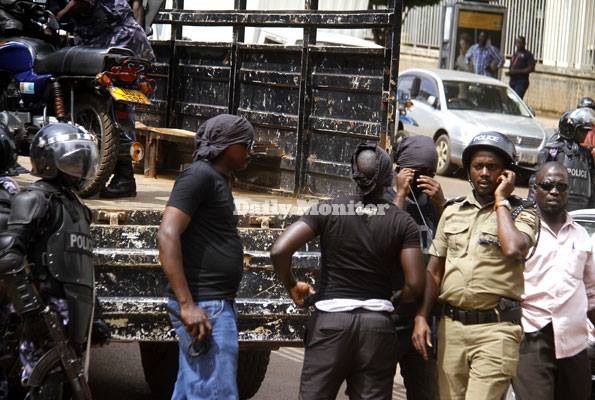 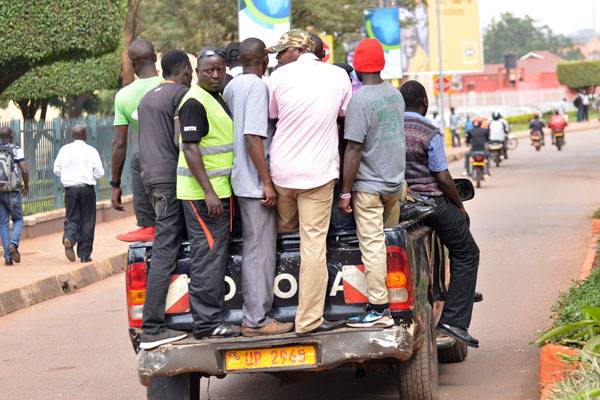 NTVUganda has added ON THE GROUND: Uganda’s status in the eyes of Rtd Justice George Kanyeihamba video

NTVUganda has added KICK STARTER: How to attain sustainable living for the elderly video