UGANDA: How Museveni has used Kibanzanga to block Mumbere from going to Kasese 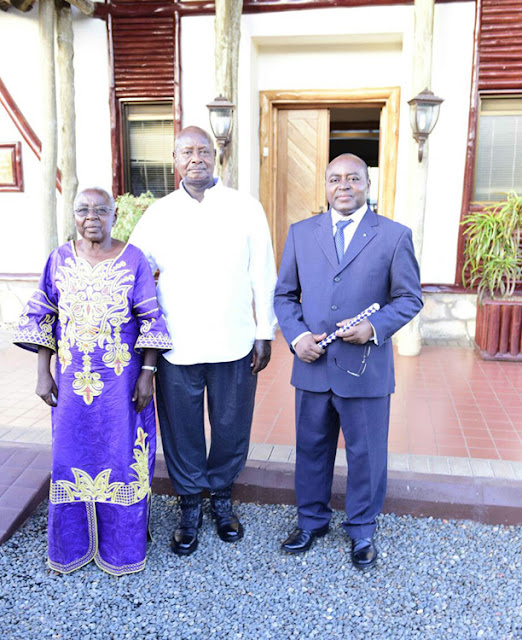 
CHANGE OF GUARDS – In November 2016, Museveni sent his army to attack the palace of the King of Rwezururu, Charles Mumbere in which the palace was burnt to ashes, more than 100 of his subjects killed in cold blood, over two hundred humiliatingly maimed and taken captive together with their king.

They were held more than 400 kms away in Jinja on fabricated charges of terrorism, treason, armed robbery, murder and others. On January 13, the High Court released the King on bail but Museveni’s security goons were in ambush around the court LPP premises to kidnap him. Mumbere Protested by refusing to leave the courtroom;

“I’m willing to stay here for even more than two weeks. If police is to re-arrest me, they should at least come with an arrest warrant,” said Mumbere describing it as a hostage situation. However, his young brother, Christopher Kibanzanga who is Museveni’s cabinet Minister convinced him to leave and was eventually grabbed by security goons and whisked away.

He later resurfaced in Prison from where the Museveni regime commenced negotiations for his partial freedom. Among the agreed terms was that his personal security was to be taken over by the army and police (to ease close monitoring of his movement and association). When he reapplied for bail in February 2017, it was granted on condition that he should only move around Kampala, Wakiso and Jinja and that he does not travel to his Kingdom in Kasese and the greater Rwenzori region (Kasese, Kabarole, Bundibugyo and Ntoroko).

As Mumbere was arranging his triumphant travel to his Kingdom, the main opposition FDC declared a week of national mourning for the departed Queen Mother. The flags at all its party offices were to fly at half mask. This must have incensed the regime further and prompted it to urge Kibanzanga to act first. On Friday, Kibanzanga issued a strong statement to the effect that the Queen Mother was to be buried in Bundibugyo and not Kasese.

“………………Is Kibanzanga disobeying the word of his elder brother, the King? Is it true that the King is never wrong? The answers to these questions are purely subjective according to your individual world view. I don’t believe that a King’s judgement is flawless. If that were so, some of my brother’s words and actions wouldn’t have landed his Kingdom into the terrible trouble which saw hundreds of lives lost and others arrested, including him. I love my mother so much that I cannot allow to see her legacy buried in an ugly pit of shame by anyone. An argument devoid of logic and common sense cannot be accommodated by men and women of sound mind simply because so and so has said.
Experience and reasoning must lead us and not people’s titles and positions….…………….
In conclusion, I send my sincere apology to all the peaceful and patient Banyarwenzururu and the entire country for keeping you in unnecessary anxiety and suspense over the date and site of burial for my mother. Leadership does not come easy. Facts are never white and black for all of us. Some people view things from the lens of their bias and fears. However, some clear-headed Moses must somehow take the lead and cross the Red Sea come sunshine, come rain.
My mother will be buried at her husband’s land in Kirindi, Bundibugyo.
People who don’t know their origin, don’t have a destiny.
Back to the Roots.” KIBANZANGA CHRISTOPHER

A few hours later, Christopher Kibanzanga with the aid of the Museveni regime stormed Kabarole Hospital and removed the body of the Queen Mother before taking it to Bundibugyo for burial. Obviously, Mumbere has no reason to travel to Kasese now and neither can he travel to the hostile Bundibugyo. The earlier anticipated and much feared pompt and politicking during the burial has been averted. There is no doubt the opposition and more so the FDC were slated to dominate the burial function in Kasese. It has all been neutralized. 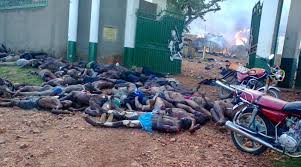 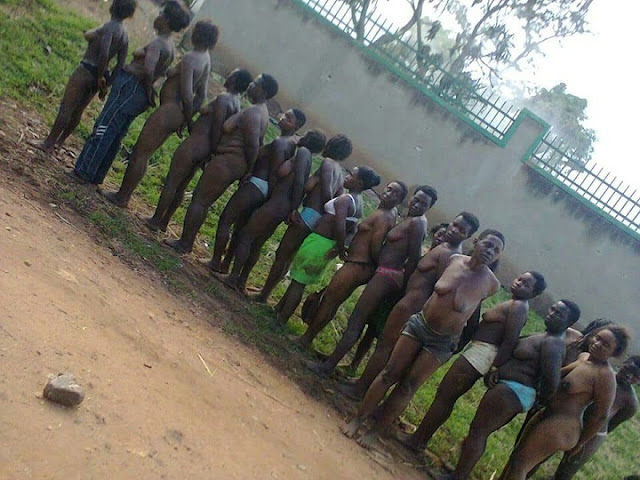 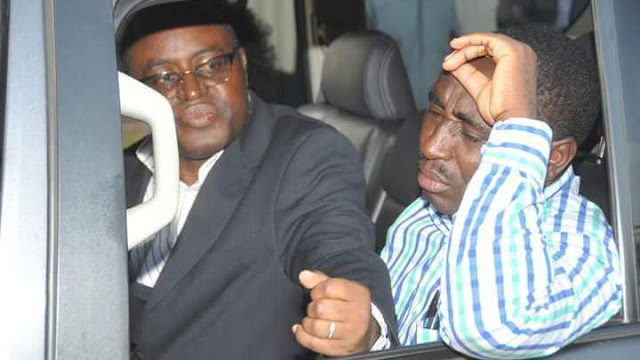 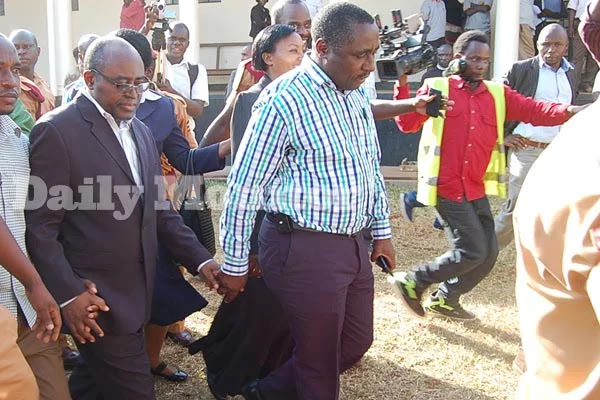 « UGANDA: How Museveni has used Kibanzanga to block Mumbere from going to Kasese (Previous News)
(Next News) AFRICA: Solutions to youth unemployment »

NTVUganda has added KICK STARTER: Can there be harmony in Northern Uganda? video