UGANDA: Graduates, What is Next? – Cont’d as told by a Welder 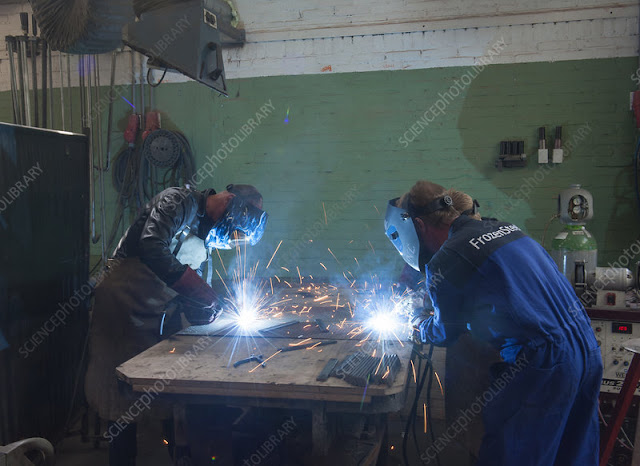 I once nailed an interview and screwed up when I finally met the CEO. He had promised to call back but did not specify the date or time. That was 9 years ago. Before the call, I went to the office and asked the secretary if I could meet the big man but he was out of the country.  So, I cheekily asked about my performance and she showed me. I had a score of 98. I went back very happy hit the joint asap. I actually had to walk from Kamwokya to Ntinda then board a taxi of 500sh to Kiwatule. Tired, sweaty and with dust filmed shoes, my friends showered me with booze. I had taken to welding as I waited for a befitting job.

Workshops are fun places. We joke a lot as we work the metals.  The drinks  keep flowing.

Three weeks passed and the CEO had not called me.  I had also not followed up. Until this one afternoon, with an angry overhead sun, we were working like donkeys to finish two billboard frames.  One was to be delivered at a nearby golf course and the other one was headed to South Sudan. In that heat, sweaty, ricking of metal stench inside a drum, welding, the askari comes running ‘AK, AK kwata essimuyo’. I was nicknamed AK47 because of the T shirt I used to wear at the workshop.

I delicately place aside the welding torch and in my usual calm voice, say “hello”. It was the CEO who had called. I was very excited and he asked to meet me in the next 30 minutes if I could make it as he was going to be busy with his diaspora engagements. I tried to ask for more time which he did not have and I understood. So I get out of the drums, grab polythene paper packed water of 100sh, two of them wash my face and hands. No time to run home and dress presentably. Remove my ‘ovuro’.  My eyes had assumed a scarlet tonation and my breath ricked of alcohol.  A Wriggleys pack, I thought could do me some justice. The Jeans and shirt were clean and so were my boots though they could have been better with a wash and or some polish.

A friend offers to ride me on his bike and vroom we set for Kamwokya. I reached 5 minutes to the appointed time and was ushered into the CEO’s office. My mind was consumed with meeting him I cared little about how I looked. I thought it is all about grey matter and the others are fixable later. From my appearance the CEO did not shake my hand this time and he took me to a room were the others were waiting for me. I answered all the questions right except one.  “Why do you drink during day time?”

I stammered as I told them about workshop habits that are strange to the corporate world. They laughed but were happy that I was doing something while I looked for a job. The topic of salary came up again (the offer was an infant 7 figures).  However, for someone who had left the corporate scene nearly a year ago, it meant a big deal to me. I sang hallelujah praise be to God in my so profusely and beautifully voice in my heart.

They promised to call me again. On my way out, the CEO stops me and gives me Sh. 60K ( 3 twenties). We rode back in total excitement. My friends at the workshop, most of them S.4 graduates and Vocation Institute chaps were very happy for me. My boss gave me time off but I was like “nuh let me finish up my quota”.

Last evening, February 17, 2020,  I met the CEO again. He remembered me and gave me his card. After a chit chat, I told him about my current hustle and he laughed encouragingly. He offered me a drink. I gently declined and reminded him of the last time he gave me money that he never called. He assured me that he’d call this time.

I returned home happy that some people indeed don’t forget. For some reason I prefer #HopeVendors to #DreamKillers and #NaySayers.

Well in life everything is possible and hope is everyone’s biggest asset.

« SOUTH AFRICA: Apartheid not crime against humanity – F.W. de Klerk (Previous News)
(Next News) Trump calls for case against Roger Stone to be thrown out »

KENYA: Policeman to be charged in killing 13yr old during lockdwon enforcement