UGANDA: Graduates are unemployable and illiterate (most)

MARTHA LEAH NANGALAMA – The following message was shared by #Moriss in our #UgandaNewsBriefing group on WhatsApp. I post it here verbatim. 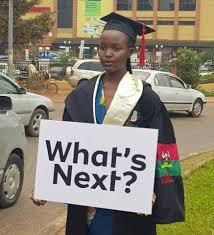 Just some weeks ago, a friend who owns a cargo company needed someone to take on the marketing role and ensure his company kicks off well in Uganda and connects to Dubai.

On inquiring, I had a youth in mind whose name I proposed.

Took the opportunity to get in touch with him, made explanations and I sent him an email of the company owner to make his application.

The young man sat down, wrote about three sentences and sent.

More like; “hey there, am so and so, I need to fill the post of such and such, am a good boy. Nice day.”

While following up, I asked why he sent something that brief and not at least as an attachment with more details in regard to his marketing experience e.t.c, I got a very genuine reply, “Counsel, am not totally good in letter grammar writing.”

My next question conversation rotated around him at least contacting me or anyone else for guidance to at show and have an interest in whatever he was applying for.

Opportunity lost, and here I was, being invited to head some interview panel and one of the tasks was to set at least 7 queries, then later conduct oral interviews depending on how one faired in the written one.

The interviewee needed to only attempt and answer atleast 3 questions correctly.

We had around 13 applicants. All kept time, dressed up so well and were ready.

We negotiated with other two panelists and agreed to not only brief them but also give them 20minutes of preparation before they sat their written ones.

Having done that, some happily bent unto their phones and either took selfies together or updated their status as some googled for more information about their interview.

Now, what’s interesting, I wore the shoes of a teacher and surely felt the pain and disappointment they go through.

“I can explain given time.”

As others skipped and left gaps to be answered by divine mercy.

At the end of the day, we had only 6 people to interview and thankfully, three made it through.

In this era of internet, smart phones e.t.c, if we don’t make better use of our phones, we are bound to miss out on so many opportunities that could probably be our stepping stones to success.

Making google one’s friend is all we need to fix some problems and rarely does it disappoint.

However, while we chant away the youth unemployment slogan and curse the sitting government, the question one should ask themselves is;

“WHAT SPECIAL ADDED VALUE HAVE YOU?

Did you find apk for android? You can find new Free Android Games and apps.
Sharing is caring:
education, UGANDA, Leadership Jobs Work Leadership Jobs Work, Uganda, Education Comments Off on UGANDA: Graduates are unemployable and illiterate (most) Print this News

Should You Work For Free? Three Questions to Ask Yourself First