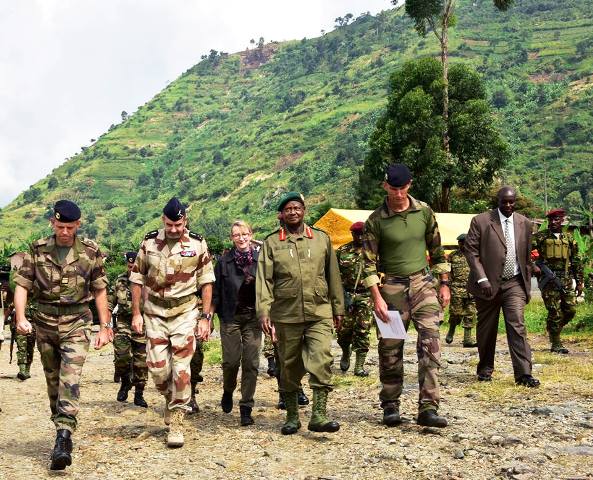 The Ugandan military in a statement said the training was held on Mountain Rwenzori in the western part of the country neighboring the volatile eastern Democratic Republic of Congo.

Lt. Gen. Wilson Mbadi, deputy Chief of Defense Forces of the Ugandan military said such exercises are aimed at keeping the country’s soldiers physically fit as well as preparing for future assignments.

“The best welfare for a soldier is first class training, because it gives you confidence and enough skills,” Gen. Mbadi said.

“Fighting terrorism is a common cause and that’s why we are engaged in joint operations to create no room for terrorists,” Lt. Col. Fabien said.

The Ugandan and French militaries have previously held joint training in mountain warfare on Mountain Rwenzori.