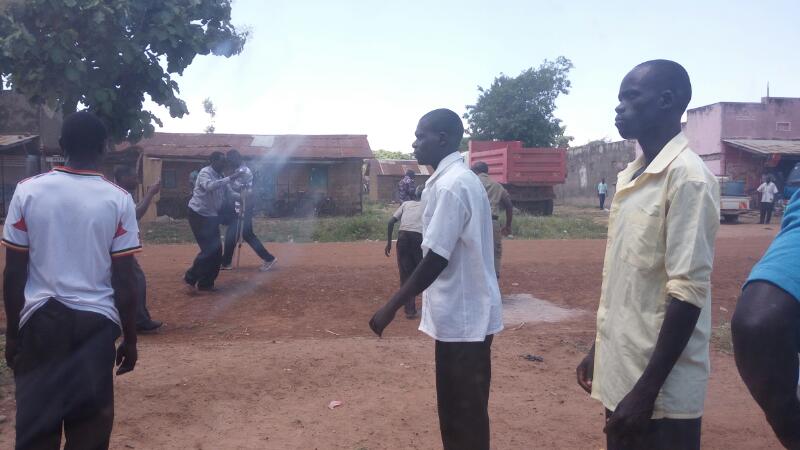 There was a tragic accident along the Bukasa Ring Road a few weeks ago when a car swerved to avoid a pothole and ploughed into a boda boda carrying a father and three children. The boda boda guy died, plus two of the children.  Shortly after the accident, KCCA installed a speed bump, but the pothole that caused the accident is still there.

When I travel anywhere in Uganda there are speed bumps. It seems that we have a prescriptive remedy for road accidents: put in more speed bumps, but we do not add to this solution using common sense. In the case of the accident in Bukasa the immediate cause was the pothole, which remains there. It would have made more sense to fix the underlying cause of the accident, which is the pothole.

Potholes are not expensive to repair, but we remain with many of them throughout the city, and they are a major cause of slowing the flow of traffic that contributes to traffic jams. But instead of fixing the cause we give police escorts to VIPs so that they can force their way through the traffic jam.

I was listening to the governor of Lagos State in Nigeria explaining why he no longer wants to be addressed as ‘Your Excellency’ and wishes to be addressed simply as ‘Mr Governor’. He said it is because he has been appointed as a servant of the people and is not part of a special elite. When the interviewer asked about his security convoy he said that his convoy obeyed the rules of the road, and if they were in a traffic jam they stayed in their lane like everyone else; they did not put on their sirens and go around it.
In Uganda the day that we will know things have changed is when we are not being pushed off the road by a police pickup accompanying some minor government official.  We have got into the habit of applying sticking plasters to fix the immediate problem, but we do not use a common sense approach to deal with the underlying structural issues.

If the President makes a visit, it is standard practice that there will be an ‘ask’ for which he will promise a donation. But this is like giving a police escort to get through a traffic jam; it helps one person but the rest of us are left stuck in the jam. We should get rid of all the titles that make people think they are in a special category, make every politician suffer with the common man, and they will then be more motivated to design solutions that address the real issues.

In Uganda today, everyone struggles to add themselves to the list of elite to whom the rules don’t apply. Politicians exempt themselves from taxes and sitting in traffic on the basis that they have important national responsibilities. Civil servants are not available to meet ordinary people on the grounds that they have to attend to ‘important state duties’. Now these examples trickle down into the community, so the taxi drivers exempt themselves from the normal rules on the basis that if they stay in their lane they will be losing business.

The boda bodas exempt themselves from following any traffic laws on the basis that the police can’t catch them anyway, but that they also have political backing because they are significant mobilisers at elections. Everyone has a reason why he deserves special treatment, until we have reached the point where the system no longer bothers with finding solutions to the issues that people face every day.

Unfortunately the ‘exceptionalism’ and justification for why there should be special titles, special privileges and special exemptions simply paves the way for outright self interest where people no longer need justification for thieving and corruption.

Many people now have the mentality that it would be irresponsible not to take an opportunity when it presents itself, since it may not come round again. It is now their turn to ‘eat at the trough’, so they had better gorge themselves.

Did you find apk for android? You can find new Free Android Games and apps.
Sharing is caring:
corruption, UGANDA, Opinion Uganda, Corruption, Opinion Comments Off on UGANDA: Fix the issues, don’t create an exempt elite Print this News