UGANDA: Elites should condemn govt instead of @MakerereU striking students 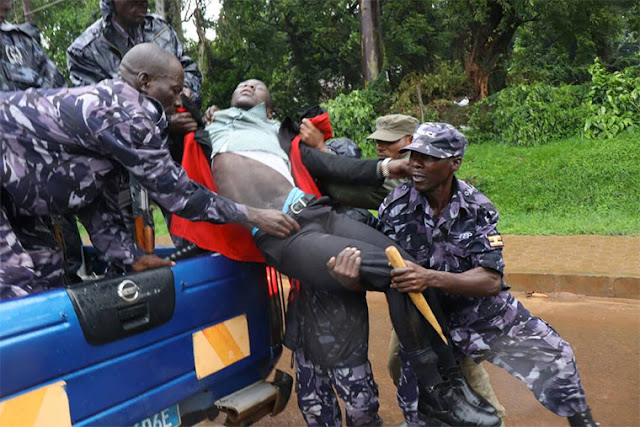 It is an indisputable fact that all who are condemning the Makere University striking students got their degrees from MAK without paying a cent.

You should be asking why a battalion of gun trotting military was unleashed on Makerere students. These kids have a valid reason to strike over the 15% tuition increase. There is no country in the world whose govt can sanction such an increase on a Public University.

No money in the world should buy your silence on Makerere. The kids are fighting for their future and affordable education for their younger siblings and kids who will come later.

You dare call the students hooligans. Yet you are okay with the regime brutalizing unarmed kids doing peaceful demonstrations. You make a very big mistake. Demand that Museveni withdraws all armed military from all schools. Otherwise, the future looks bleak.

Where are Makerere Alumni? Where are the parents? Where are the other Universities because you know your university is next. Where are the opposition leaders mbu campaign campaign nio nio mobilisation rallies? Kids are being raped and killed and you all bury your heads in the sand like an ostrich?

Denying voices of dssent only forments rebellion. Destroying the future of our kids will only turm them into rebels. Unleashing a military on kids only serves for distrust of govt and security organs.

Remaining silent as a journalist or news reporter or ones who only publish regime propaganda does not tell you that one day, your kid might get caught up in a fight for justice and might get killed.  DO YOU FEEL SAFE? Are your kids safe?

Did you find apk for android? You can find new Free Android Games and apps.
Sharing is caring:
museveni, opposition, makerere, UGANDA Uganda, Museveni, Opposition, Makerere Comments Off on UGANDA: Elites should condemn govt instead of @MakerereU striking students Print this News