UGANDA: Does Museveni have monopoly of smuggling arms to fight military dictatorships? 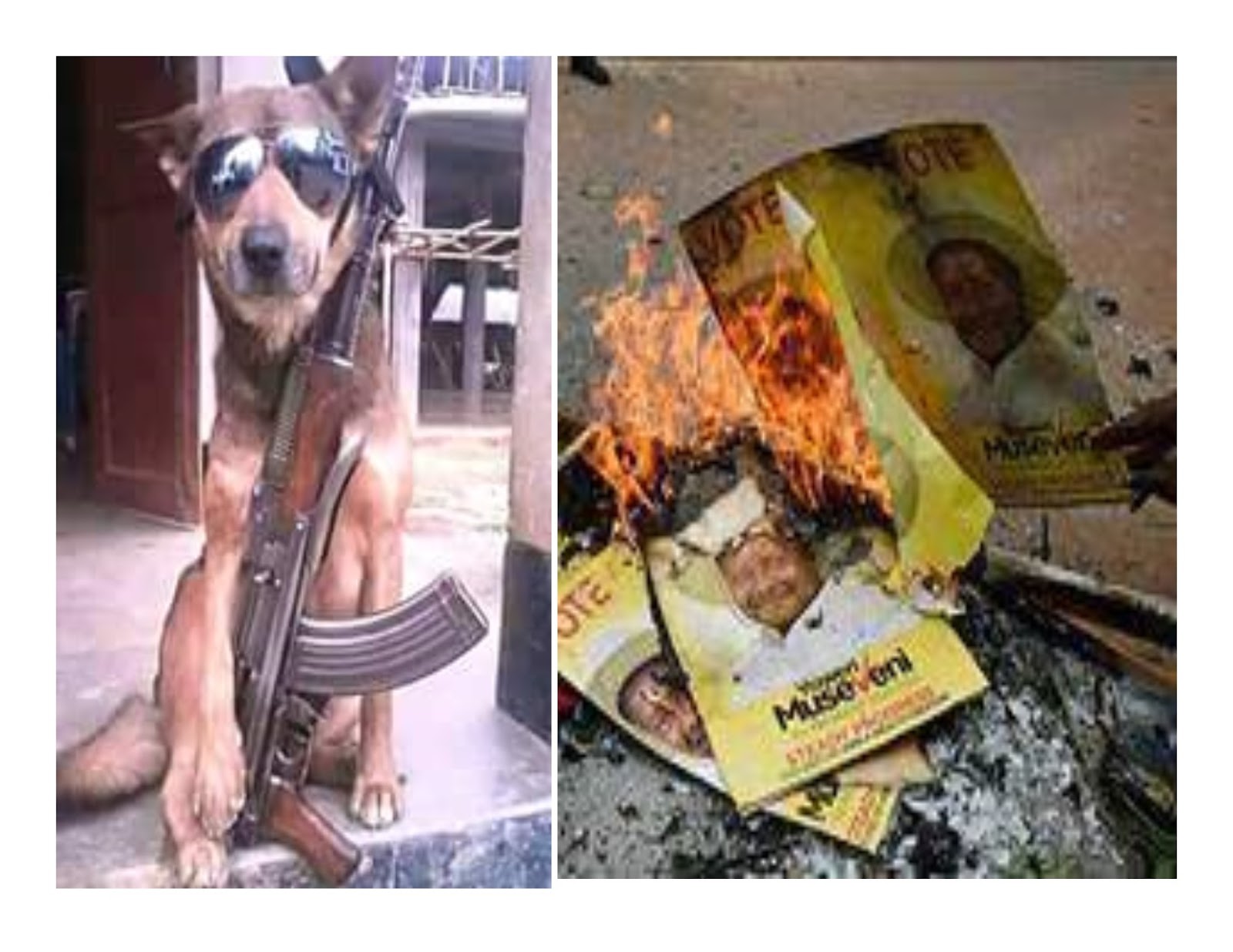 DOES MUSEVENI’ HAVE THE MONOPOLY OF SMUGGLING IN ARMS TO FIGHT MILITARY DICTATORSHIPS?

“In 1972 I went through this border post of Horohoro with seven guns that I was smuggling to Uganda during the regime of Iddi Amin”.

Museveni at Tanga in Tanzania during the launch of the Hoima-Tanga oil pipeline – August 2018.

“I was smuggling weapons through this border here, you should have scanners. We shall have a Lake Victoria monitoring plan too.”

Museveni, at the launch of a One Stop Border at Busia – August 2017.

“Lakes are very easy areas of infiltration, there is need to defend our fisheries but also stop border lakes from being used by terrorists and I am an expert in this because I once had to use a boat of 25 horse power to cross over to Kisumu which was so risky,”

Museveni at the launch of the army Marines’ specialized equipments – June 2018.

In response to the escalating insecurity in the country following his constitional amendment for his life presidency, the Ugandan military dictator has come up with a ten point strategy to tackle the threat. Among the strategies is the so called finger printing of all legal guns. He has also decreed that the customs authority (URA) acquires specialized equipments to curb importation of illegal weapons.

A few days earlier, his top security chiefs convened a press briefing in which they attributed the killings to a large number of guns being in wrong hands. The police had suspended issuing of licensed guns to private citizens, embarked on registering private legal guns in private hands and reviewing the eligibility of private legal gun holders.
The above measures are empty owing to the fact that there is a very high possibility that the killings can be traced to the security forces. This is because of not only the high class skills, precision and confidence exhibited by the killers but the visible attempts by top security managers to cover-up. Museveni has repeatedly admitted that his security forces are infiltrated by mafias. He is currently carrying out a futile politically motivated clean up in the police force.Compared to past governments, his 32 years regime has excelled in poor regulation of arms. It has since time imemorial been issuing out automatic guns without proper reason, procedure and records to individual regime supporters more especially in western Uganda and Kiruhura in particular.
In some areas, almost every homestead has an illegally held gun. Let the regime first tell Ugandans what happened to the case of CMI’s Capt. Joseph Mushabe and company who were arrested for killing and robbing victims of billions of cash using specialised Macro Garril automatic guns. Also, then if in their wisdom, they think that it’s the illegal guns that are used in the killings, why are the poverty stricken army veterans and retirees not involved in crime? It’s because most of the veterans who are living in appalling conditions are those ones who had sacrificed by joining the NRA. Now that the category that joined the UPDF for economic gain has also clocked retirement age, the public should expect a negative trend in crime in the near future.  The worst is yet to come.Otherwise, if the killings are politically motivated, then the so called strategies are just empty talk. The ground is ripe for use of arms and actuality more ripe than it was in 1972 when Museveni claims to have smuggled arms into Uganda. For those who were old enough, they know what collateral damage those arms did inside Uganda and the blame was put on the Iddi Amin regime. What about the caches of arms that were aerial dropped by Libyan planes into his then NRA rebel territories in the early 1980s? Is it because all the rest of Ugandans are “idiots, pigs and cowards” who don’t have friends abroad from whom they can acquire and smuggle in arms? Just address the root cause of the problem or else it will be addressed by the barrel of the gun.