UGANDA: Do not compromise your integrity by publishing slanted stories

It is amazing to see which media houses, bloggers and activists are jumping onto “40 arrested from a church for being Rwanda spies in Uganda, having set up a cell for Kagame to spy on Museveni”.

Do you people ever digest, research and prove what you are being told to say?

I do not think that there are many journalists left in Uganda now.  Everyone is for hire.  So are the bloggers.  Similarly, many activists who push agendas on social media.

EXACTLY what would Rwanda be spying on in Uganda?

Here below, I reshare an old article on the Rwanda spying in Uganda.

UGANDA: What are these secrets that Rwanda must spy on Uganda??? 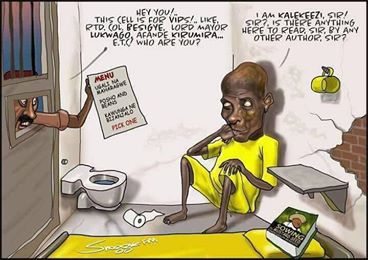 WHAT ARE THESE SECRETS THAT RWANDA MUST SPY ON UGANDA!!!

CHANGE OF GUARDS – Following a Hutu revolution that dislodged the Tutsi monarchy from power in Rwanda in the late 1950s, tens of thousands of Tutsi fled to neighboring countries including Uganda.  As the Hutu consolidated their hold on power, the now exiled Tutsi made several fruitless attempts to militarily return to Rwanda and regain power.

Consequently, the Hutu regime in Rwanda picked interest in the activities of exiled Tutsi.  It infiltrated spies (both Hutu and Tutsi) into neighbouring countries to monitor the activities of exiled Tutsi.  Some of such spies ended up being integrated into local Ugandan communities where many still live to date.  Also at hand was the Bafumbira ethnic community of Kisoro district who are ethnic Banyarwanda but their territory was added to Uganda around 1904. These predominantly Hutu Bafumbira enjoyed a good relationship with the Hutu regime in Rwanda under Habyarimana.

Though it was the Rwandese Tutsi who predominantly joined Museveni’s NRA, some Hutu Rwandese also joined but kept a low profile.  There is no doubt by the time the Tutsi RPF invaded Rwanda from Uganda in October 1990, the Hutu regime of Habyarimana in Rwanda had been fully made aware of such designs.  The RPF invasion of 1990 was more of a Tutsi refugees affair as a number of inflirergrated Rwandese both Tutsi and Hutu kept their distance.  For the RPF, these were unpatriotic. The RPF invaders considered the Hutu Bafumbira of Kisoro as hostile to their cause.  It was just a handful of Tutsi Bafumbira led by Bishop Halerimana who actively associated with the RPF.  This is the background to the current alleged links of Kisoro’s strongman, Philemon Mateke with the dissident FDLR dissident group.

A year after capturing power in Rwanda, in 1995 Museveni granted Ugandan citizenship to all the Rwandese in Uganda.  He gazetted the Banyarwanda as one of the indigenous communities of Uganda.  This undermined the plans of many Banyarwanda who had intended to return to Rwanda following the dislodging of the Hutu establishment. In fact, even some of those who had initially returned to Rwanda started returning and settling in Uganda.

Following the bloody clashes between the armies of Rwanda and Uganda in the eastern Congolese city of Kisangani, bad blood developed between Kigali and Kampala.  Each country embarked on supporting each other’s armed dissidents thus allegations of spying on each other became the order of the day. The matter was resolved by the mediation of foreign powers like the U.K.

A decade later, Museveni gained an upper hand by allegedly harboring and offering support to fresh Rwanda’s dissidents.  Rwanda on its part has no viable Ugandan dissident group to offer support in retaliation.  It relied on reactivation of its intelligence collection efforts in order to monitor the activities of its dissidents.  That’s how it enlisted the services of the Uganda Police under Gen. Kalekyezi to monitor the activities of its dissidents in Uganda.

Despite Museveni’s attempt to dismantle the Gen. Kalekyezi led Uganda Police spy network for Rwanda, Rwanda continues to intensfy its efforts to gather intelligence about the activities of its dissidents in Uganda.  The current Rwanda spy saga is beyond the traditional spying that countries conduct on each other.  Normally countries spy on each other so as to gain economic and military advantage.  There are no economic and military state secrets between Rwanda and Uganda.  It is just that the former wants to monitor the alleged activities of its dissident groups that are said to be harboured and facilitated by Museveni.

INFORMATION IS POWER AND THE PROBLEM OF UGANDA IS NUSEVENISM

Did you find apk for android? You can find new Free Android Games and apps.
Sharing is caring:
politics, UGANDA, rwanda Uganda, Rwanda, Politics Comments Off on UGANDA: Do not compromise your integrity by publishing slanted stories Print this News