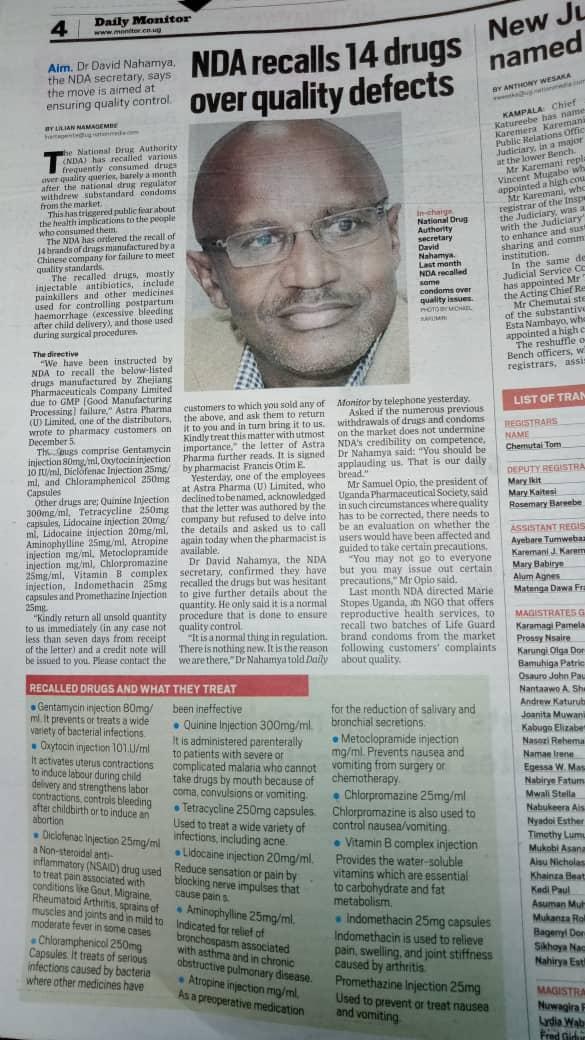 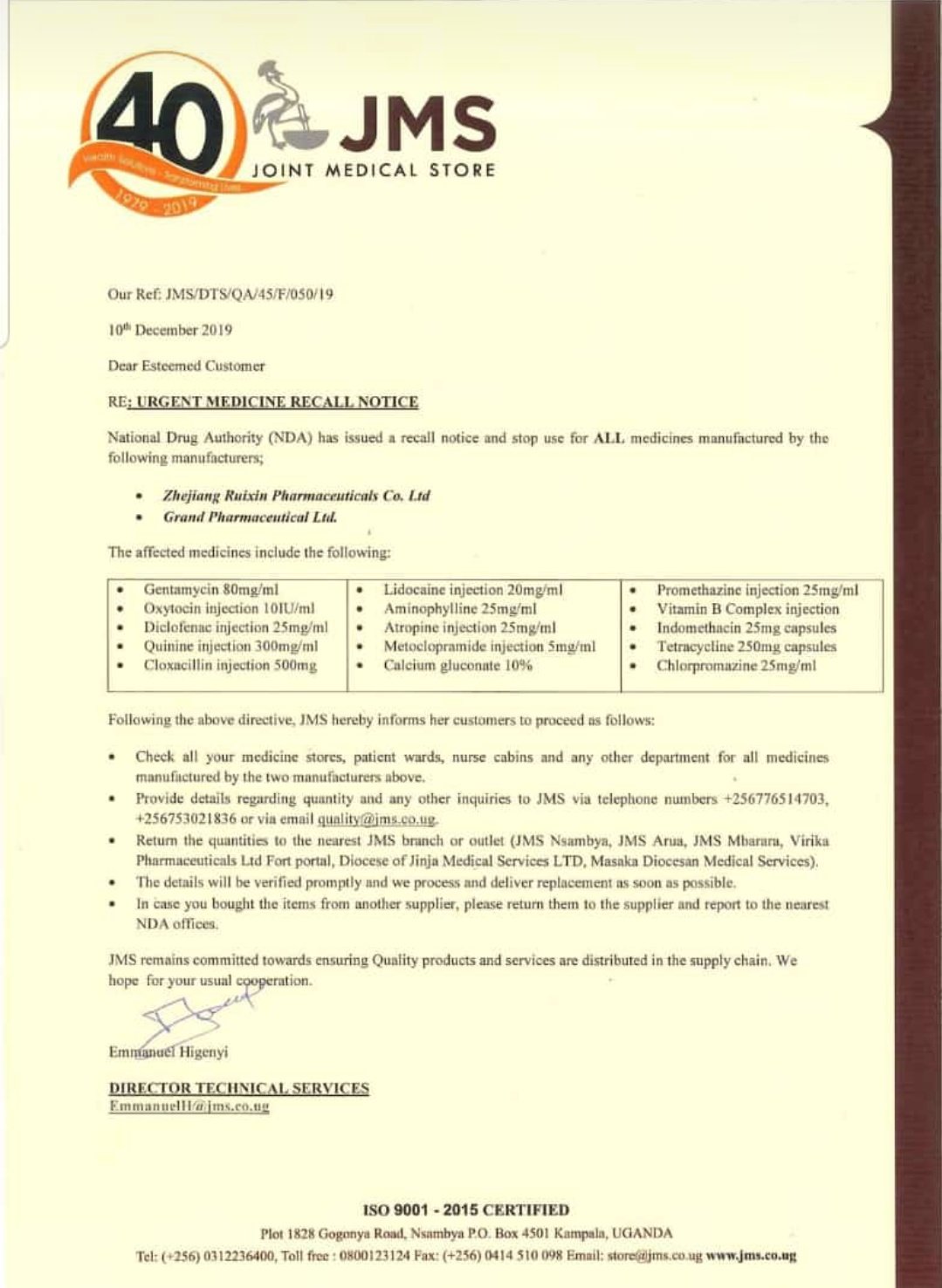 The said pharmaceutical had been blacklisted by the World Health Organisation and burned by Chinese government.

Of course it was going to be expensive to destroy their fake drugs in China .

The Museveni Deep State went for those harmful fake drugs.

We captured the drugs.

A number of officers at the NDA including Nganwa were arrested.

Museveni personally let Nganwa off the hook,  Nganwa was reinstated as the NDA boss to sack Kakwemeire and appoint an officer who would authorise the consumption of those fake drugs.

We have since consumed the fake drugs and no wonder we have such a high proliferation of cancer.

I personally pleaded with Mr Museveni in Fort portal for the reinstatement of Kakwemeire  and Museveni agreed.

Museveni implored me to appreciate why he let Nganwa off the hook.

To date Kakwemeire can’t be reinstated

Museveni family runs a pharmacy and imports drugs,  good quality drugs at that while the rest of silly inept society gets decimated by fake drugs.

I discussed with Kakoza of Kabura then Minister of State Health to reinstate Kakwemeire,  he wrote the letter instructing reinstatement and was ordered to withdraw it.

We chose to be sheep let’s die as such.

How can we as men fail to rise up and at least die battling to expunge this criminal and heartless NRA Occupation #alnakba?

By MARTHA LEAH NANGALAMA
The reality in Uganda is no one cares. One can tell by the country’s reading culture. People who do not read are a danger to themselves.

The Uganda market place is full of fake products and there have been many cases of fake drugs. Yet to this day, a friend will contact me saying he is sick and just returned from the doctor.

I ask what is wrong and he tells me that he has dust infection (coughing). I ask what medication the doctor gave him and the patient says “some tabs. I don’t know the name”.  You stupid idiot, can’t you read the label on the damn pills? Take a pitcure.

The sicko takes a photo and sends it. It is Clarithromycn which is one of the strongest anti biotics only prescribed when less stronger antibiotics have failed. For example in non shithole countries, the doctor would prescribe Amoxycillin first but if it does not work, you go to a stronger antibiotic.

Some people will die for not using GOOGLE!!!

Did you find apk for android? You can find new Free Android Games and apps.
Sharing is caring:
crime, corruption, UGANDA, Health and Fitness Health and Fitness, Uganda, Corruption, Crime Comments Off on Uganda corruption is costing lives as fake drugs get imported into country Print this News