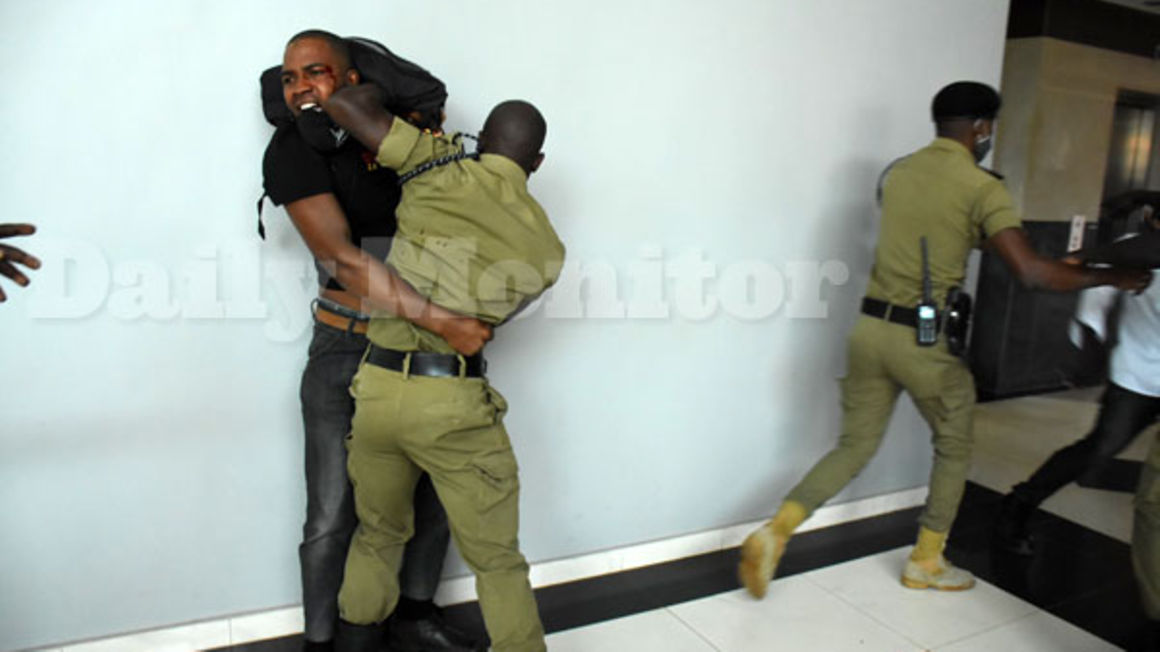 High Court Judge Musa Ssekaana on Friday temporarily stopped the hearing of a case in which two people are challenging the current leadership of the National Unity Platform (NUP).

The proceedings were stopped after the rowdy supporters of the NUP Principal Robert Kyagulanyi Ssentamu alias Bobi Wine stormed the court in big numbers demanding to attend the session. But the courtroom was locked by counter-terrorism police officers to block the hundreds of NUP supporters from joining the session.

But the supporters kept fighting and pushing each other and fighting to access the court. A number of them sustained injuries in the ensuing scuffles. One of the supporters identified as Jimshid Kavuma was pushed by security officers as he tried to forcefully enter the court and he hit his head on the floor. 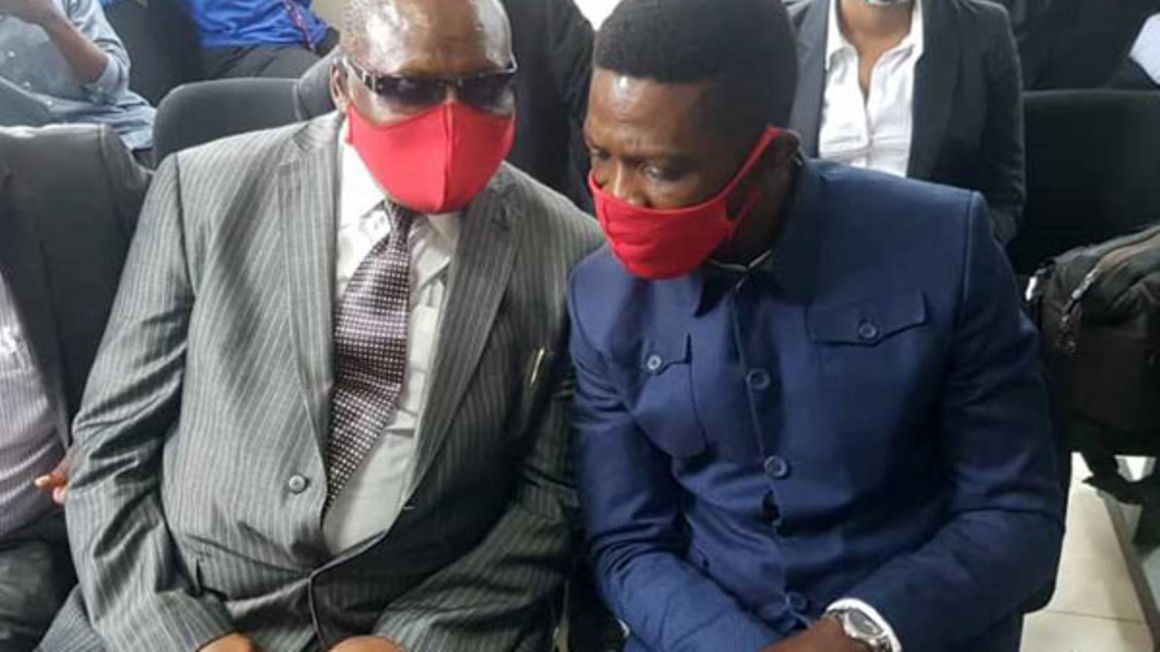 As a result of the chaos, Justice Ssekaana has directed the parties to first control their supporters before he can return to court to hear the matter further. There is heavy deployment of police and Local Defense Unit personnel outside the court premises to control the chaotic scenes.

The case stems from a suit filed by two founding members of the National Unity, Reconciliation and Development Party (NURP), the entity which was transmuted into National Unity Platform.

This photo taken on September 25, 2020 shows an unidentified man fighting with police officers who tried to block him from accessing the High Court premises at Twed towers in Kampala during court proceedings of a petition in which the ownership of National Unity Platform (NUP) is being challenged.

The members; Difas Basile and Hassan Twala accuse their leaders Moses Nkonge Kibalama of fraudulently making changes to the party constitution and effecting its takeover without following due processes. The changes include changing the party name from NURP to NUP, changing leadership from Moses Nkonge Kibalama to Robert Sentamu Kyagulanyi and other said leaders, change of party colours, logos, as well as the alteration of founder members and subscribers. 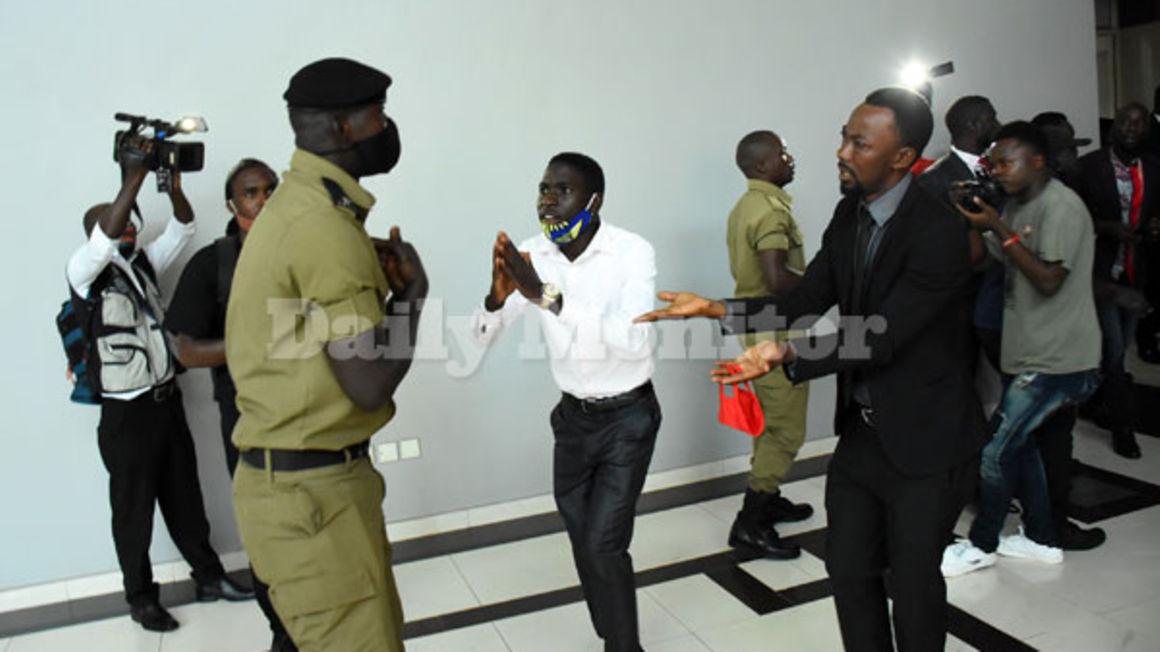 The duo argues that the founding members of the party were never consulted and did not pass the requisite resolution to change the party name in as far as the NURP constitution of 2004 is concerned. It is also alleged that Kibalama handed over the political leadership of NURP to NUP in a disguised extraordinary delegates conference attended by 51 members who elected the respondents as the new party leaders.