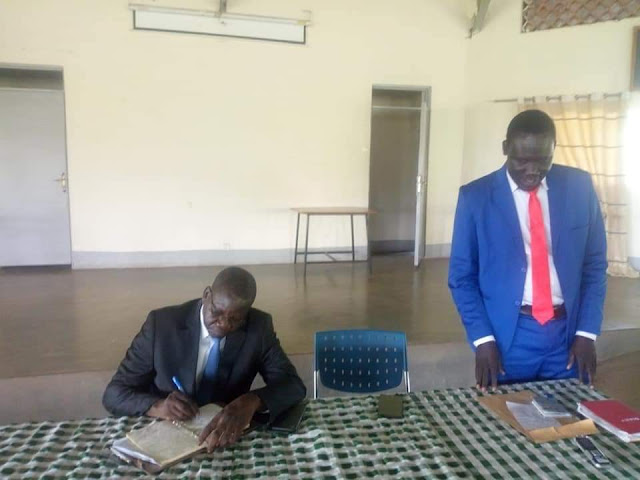 In a subsequent letter to Forum for Democratic Change, Iranya Ronald, the manager Aulogo radio explained why the Friday show couldn’t proceed.

He said Aulogo 96.5FM was ready to refund the Shs1.6m FDC had paid  for the show.

Besigye and Amuriat were set to be hosted on the West Nile based Radio station from 8pm-10pm.

Both Besigye, Amuriat and other People’s Government officials have been either thrown out of the Radio stations or blocked from   appearing on dozens others, according to his aide Ronald Muhinda.
[15:00, 7/5/2019] Roger: We want Museveni out before next election- Amuriat

While addressing FDC structure leaders in Adjuman district Friday, the President affirmed that his mobilisation expedition in the Country is to prepare the population “to push Mr Museveni out of power even before the next election”.

He said that the FDC Party was formed to cause regime change and take back power to the People.

The Party has undergone a number of phases and preparations, and as of today, Ugandans are more prepared to see off Mr. Museveni more than ever before.

The President further said that Mr. Museveni has turned Ugandans into paupers, made poverty house hold for everyone and the Party cannot allow this to continue.

He therefore requested the people of Adjuman to stand firm and facilitate the process of seeing off Mr. Museveni to enable a new government that will bring “sanity to the country”. 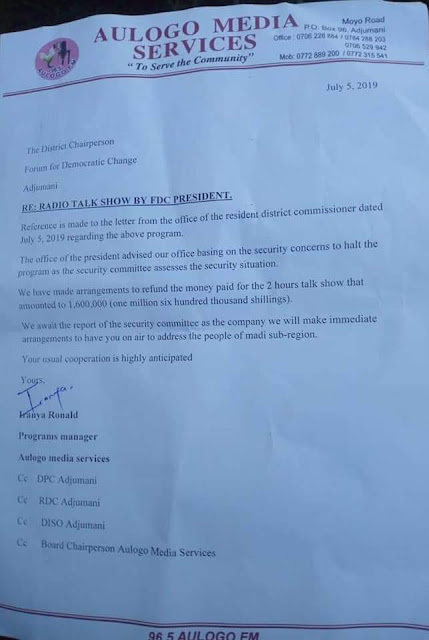 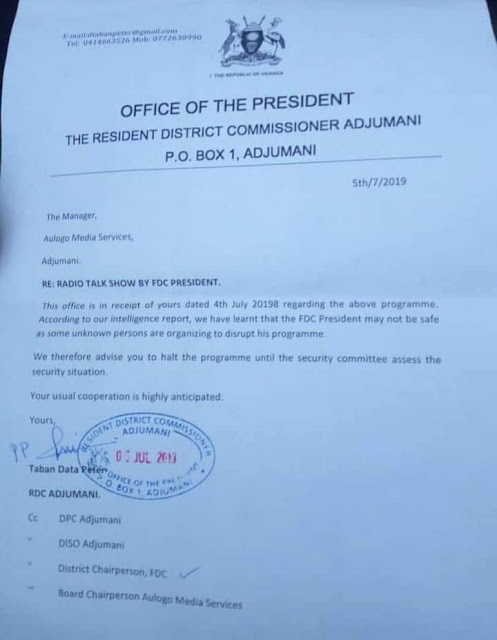