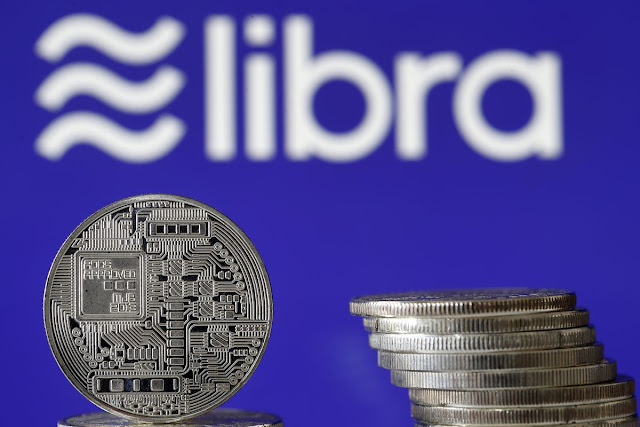 (Reuters) – A proposal to prevent big technology companies from functioning as financial institutions or issuing digital currencies has been circulated for discussion by the Democratic majority that leads the House Financial Services Committee, according to a copy of the draft legislation seen by Reuters.

In a sign of widening scrutiny after Facebook Inc’s (FB.O) proposed Libra digital coin aroused widespread objection, the bill proposes a fine of $1 million per day for violation of such rules.

Such a sweeping proposal would likely spark opposition from Republican members of the house who are keen on innovation, and would likely struggle to gather enough votes to pass the lower chamber.

Even if it were to pass the full house, it would still have to pass the senate which would also likely be an uphill struggle.

The draft legislation, “Keep Big Tech Out Of Finance Act”, describes a large technology firm as a company mainly offering an online platform service with at least $25 billion in annual revenue.

“A large platform utility may not establish, maintain, or operate a digital asset that is intended to be widely used as medium of exchange, unit of account, store of value, or any other similar function, as defined by the Board of Governors of the Federal Reserve System,” it proposes.

Facebook, which would qualify to be such an entity, said last month it would launch its global cryptocurrency in 2020.

Facebook and 28 partners, including Mastercard Inc (MA.N), PayPal Holdings Inc (PYPL.O) and Uber Technologies Inc (UBER.N), would form the Libra Association to govern the new coin. No banks are currently part of the group.

Last week, U.S. President Donald Trump criticized Libra and other cryptocurrencies and demanded that companies seek a banking charter and make themselves subject to U.S. and global regulations if they wanted to “become a bank.”

Mark Cuban ‘Not a Big Fan’ of Facebook’s Libra

Cuban referred to the Menlo Park-based social networking company’s foray into distributed ledger tech as a “big mistake.” He continued to discuss the danger of introducing a destabilizing force into already unstable economies or political situations around the world. The Dallas Mavericks owner cited specifically:

“Some despot in some African country that gets really upset that they can’t control their currency anymore.”

Facebook’s project is intended to be a global initiative, a means to extend financial services and access to the more than 1.7 billion unbanked people around the world.

The Libra Association writes in their white paper:

“All over the world, people with less money pay more for financial services. Hard-earned income is eroded by fees, from remittances and wire costs to overdraft and ATM charges… When people are asked why they remain on the fringe of the existing financial system, those who remain “unbanked” point to not having sufficient funds, high and unpredictable fees, banks being too far away, and lacking the necessary documentation.”

Cuban suggests he is “not a big fan” of Libra because of the potential, reactionary impacts of extending financial access to the underrepresented. “That’s where the real problems start occurring,” he said.