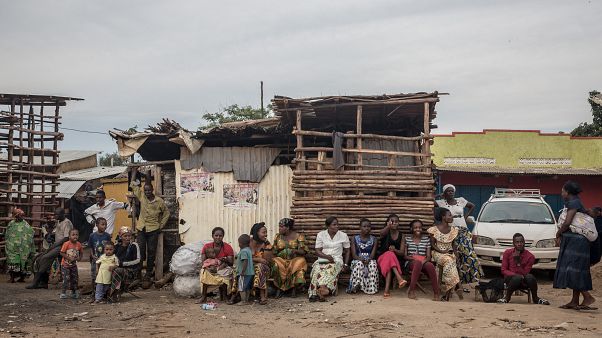 Women gather to sit and chat in Nakivale refugee settlement in southwest Uganda in 2018. –
CopyrightSally Hayden

NAKIVALE, Uganda — The United Nations has reopened an investigation into allegations of corruption among employees at a Ugandan refugee camp following an NBC News investigation, but victims say they face retaliation for testifying and the UN is not protecting them.

In a story published in partnership with 100Reporters and Journalists for Transparency, NBC News reported that refugees at the Nakivale settlement in southwest Uganda said employees and contractors working for the U.N. Refugee Agency, the UNHCR, as well as local police and employees of the Ugandan government’s Office of the Prime Minister and police, were demanding bribes for everything from access to essential services, including medical referrals, to resettlement in Europe or the U.S.

The reporting came as part of a broader investigation this spring, which revealed that dozens of refugees in East Africa accused UNHCR staff and contractors of exploiting refugees and whitewashing corruption charges.

Refugees interviewed said they felt they had nowhere to turn when they witnessed corruption, as they had to rely on the UNHCR, whose mandate is to protect them, for food, medicine and safety.

A UNHCR spokesperson denied the allegations of wrongdoing at the time the stories were published. But staff are now carrying out interviews with refugee witnesses at the Nakivale refugee settlement and elsewhere.

In an email in October, UNHCR spokesperson Cecile Pouilly confirmed the agency’s Geneva-based Inspector General’s Office had reopened the corruption investigation at Nakivale following publication of the series. She described the step as a matter of policy rather than judgment, saying an earlier investigation of corruption in refugee resettlement had deemed similar allegations to be “unsubstantiated.”

While some 25 witnesses have been interviewed so far, Pouilly said, “the information provided to the IGO seems however to be based on hearsay rather than concrete evidence. The investigative work is ongoing and continues in order to leave no stones unturned.”

The UNHCR brought the witnesses to Entebbe, some 200 miles from Nakivale, where a UN investigator interviewed them.

Once there, several said they felt they were being intimidated, while others said the interviews were conducted respectfully but they have had no help dealing with security threats since then.

One Congolese refugee said the investigator asked mainly about how the source had gotten in touch with a reporter and about the questions posed. He was not asked to detail instances of corruption he had witnessed, the witness said. He reported leaving the interview with the sense that investigators were seeking ways to prove him wrong, or minimize the corruption he had reported. 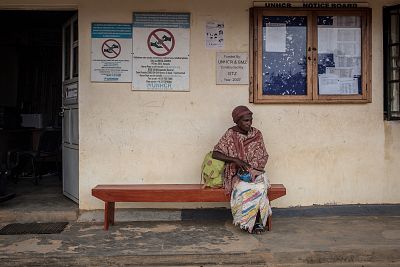 A woman sits outside the UNHCR office at the Nakivale refugee settlement in southwest Uganda in 2018.Sally Hayden

In a November email, Pouilly said, “While we understand that being interviewed by an investigator can be stressful for some refugees, we can safely say that the tone of these interviews was not intimidating, which was by the way confirmed by some of the refugees you also talked to. All interviews were led by professional and highly experienced investigators, and recorded, following strict guidelines we have in place.”

Pouilly did not comment further when asked about alleged retaliation against refugees.

Nine refugees said they faced retaliation after their interviews, and that pleas for protection have gone unanswered. They also all said they were warned not to speak to reporters again.

Refugees described retaliation they have suffered, including being attacked, harassed and ostracized by other refugees.

Two witnesses said people connected with UNHCR warned they could have their refugee status cancelled, while one refugee said he was threatened with deportation by a staff member working for the Ugandan government. Another said he was called in by Ugandan government staff in the settlement and made to repeat his testimony in front of the UNHCR staff member he had accused of asking for bribes. Several said their family members have also been threatened, and now sleep separately from them because of the risk of attacks.

“I’m living in hiding, I don’t pass nights at home. My family members left me because of the risks. They are fearing to be killed,” said one refugee witness.

“The people we denounced are still the same people working now,” said another, referring to the UNHCR staff in Nakivale.

Many refugees described a cycle of testifying and subsequent retaliation since they first decided to report corruption in Nakivale to UNHCR in 2016, two years before they first spoke to a reporter.

“We are seen as troublemakers,” said one witness, who, like others, asked not to be named for fear of being targeted further. “If we didn’t report until now we’d be OK. Others who kept quiet are fine. We will keep reporting until there is a solution.” 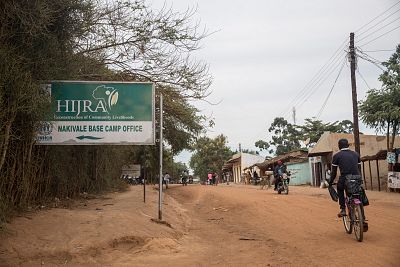 A sign points to the office of one of UNHCR\’s implementing partners in the Nakivale refugee settlement.Sally Hayden

“We’re in a situation now where we can’t shut up and say there is nothing. If we’re denouncing it, that can make things better for all refugees,” said another refugee witness.

A third said he has been asked for more bribes since the UN investigation was relaunched, and exploitation and abuse of power by aid workers in the settlement is ongoing.

UNHCR asks refugees to report corruption, using posters and advocacy campaigns displaying phone numbers and email addresses they can contact. Refugees accuse UNHCR of encouraging them to come forward without proper systems to combat corruption or regard for the consequences.

One witness showed this reporter a WhatsApp message from one of the IGO investigators, where the investigator said local UNHCR protection staff and the police are the ones responsible for the refugee’s safety, despite both being implicated by his testimony.

“When we saw that message we thought we were dying,” said the witness. “Because when there is someone of his position telling you something like that, you realize you are nothing and there is nowhere you can run.”

Refugees predict that Washington’s recent announcement of massive cutbacks in the numbers of refugees of the U.S. will accept for resettlement will also discourage witnesses of corruption from coming forward, knowing they are even more unlikely to be moved to a safe location. In September, the Trump administration set a cap of 18,000 refugees who can be resettled to the U.S. in 2020, the lowest number in four decades.

Witnesses said investigators from UNHCR’s IGO had stopped responding to their messages. “If I’m still alive today it’s only because God is with me,” said one man.

In an email to this reporter in July, a UNHCR IGO spokesperson said the agency had “taken a number of measures to strengthen the protection of several refugees despite the challenging environment we face on the ground.”

“We are strongly committed to investigate any possible misconduct among our staff despite all difficulties we are facing in our endeavor to gather the tangible evidence needed.”

Refugee witnesses said this email was inaccurate. “They told you they are aware but from that time nothing has been done. They say ‘measures,’ but we have not seen anything in the field. They didn’t call me, they didn’t send any message. We are staying alone, isolated.”

There are more than 1.3 million refugees in Uganda, according to UNHCR figures, the majority of whom have fled countries with wars or dictatorships including South Sudan, Democratic Republic of the Congo, Burundi, and others in the region. In May, UNHCR and the Ugandan government appealed for donations of $927 million to fund their refugee operations.

_This report was produced in collaboration with 100Reporters, a nonprofit investigative news organization, andJournalists for Transparency, an initiative hosted by the International Anti-Corruption Conference Seriesand Transparency International.

UGANDA: In defence of the Baganda over voting for Hon Kyagulanyi